“There is a wonderful mythical law of nature that the three things we crave most in life — happiness, freedom, and peace of mind — are always attained by giving them to someone else.” — Peyton Conway March

How generous are you with your emotions?

Do you praise people often? Do you praise others at all? Do you tend to see others for their positive traits or do you harp on their flaws? Do you seek to bring happiness to people around you or are you just focused on making yourself happy?

Emotional generosity is the act of making others feel positive without expecting anything in return.

Emotionally generous people continuously bring happiness, love, and positivity to others without expecting anything in return. They are constantly thinking about how they can make people around them feel better. They love praising others, rewarding them, recognizing their talents and potential, and showing appreciation, among other positive actions. 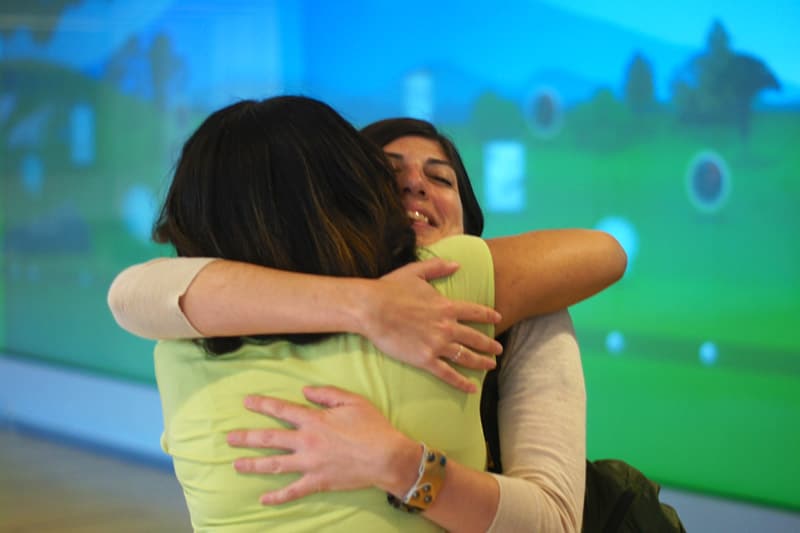 The opposite of emotional generosity is emotional stinginess.

Emotionally stingy people have a miserly attitude towards sharing and giving. They are reluctant to praise others, often sizing them up before expressing approval. They are judgmental and critical of how others act. They are not one to encourage, support, or empathize when you need it. Relying on them to feel better is a bad idea as you wind up feeling worse about yourself.

Emotionally stingy people tend to behave this way due to one or more of these reasons:

Unfortunately, emotional stinginess is quite common in today’s society. In a place where we are continuously pushed to compete with others, where we are constantly measured against never-ending ideals, people learn to care for their self-interests, not others. Ego is the name of the game; we’re all in a race; it’s all about winning and beating others.

If you’ve been around emotionally stingy people before, you’ll know that it’s very draining. People who are uptight about acknowledging or encouraging you, instead being critical about your every fault. People who judge you without recognizing your feelings. People don’t care about your emotions because you are not their concern.

Emotional Stinginess in My Life

The truth is, when I was younger, I was really stingy with my emotions. I always felt like I was in a competition with others around me, a mindset fostered by schools, peers, and teachers, and taken to the extreme by my perfectionist self. In school, teachers regularly rebuked us for any minor misdeed and judged us, while treating good performance as a given. Among classmates, we were taught to view each other as competition because of the scarcity-driven environment (only X students can get into X school, only one person can be the best student, etc.).

I also had a zero-sum mindset. I thought that if I were to share what I had with others, I would have less for myself. In a country where there is scarcity in many resources be it self-imposed or real, the zero-sum mindset is ingrained deeply. Many of my actions and peers’ actions were often centered around staying ahead because the Singapore society is unforgiving, and once you fail your failure gets deeply etched into your report card and life. Just like my peers rarely praised anyone except the elites and rich people, I rarely praised others too. To praise meant acknowledging that others were better, that I wasn’t good enough.

My zero-sum mindset led to selfish behaviors. If I had something good, I would generally keep it for myself. To me, the good things I got were results of my own labor — others should work hard if they wanted to get ahead. I was like the karma police, constantly assessing if people were deserving of my kindness and joy before giving any to them.

However, instead of feeling better, I felt emotionally barren. Despite my efforts to keep the best for myself, I didn’t feel better off. I was constantly scrutinizing others while clinging on to praises and happiness for myself, in a bid to make myself feel better, more superior.

During my internship with my ex-company in 2005, I had a manager who was the most emotionally generous person I had met up till that point. He was always caring about people’s welfare, with work coming in a close second. He was extremely encouraging and often openly praised people whether the situation called for it or not. When I first met him, I thought he was being a little over the top as his praises (for me) seemed unwarranted half the time (Excellent job? But this is just a normal piece of work that I did…?). 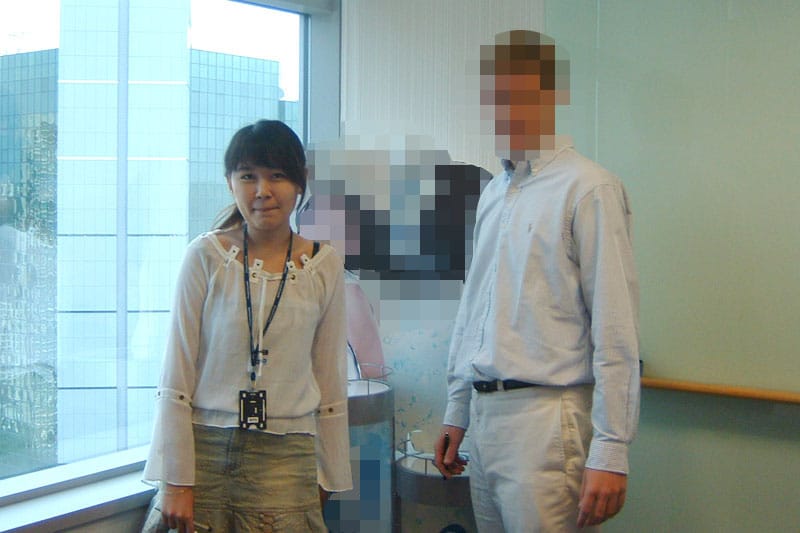 Me with my then-manager. Face mosaic-ed to protect his privacy. (Image: Celestine Chua)

After a while though, I started to really look forward to our meetings. Why? Because I knew that they would be positive and upbeat. Being praised didn’t make me lazy or cocky; if anything it motivated me to work extra hard, to recognize my own potential and to stretch my own limits. His gestures and praises never came across as fake or insincere too.

I also noticed how everyone in the team loved having him as their manager. His positivity made him a very magnetic leader. I also got to know my VP, an extremely charismatic and strong lady, who was equally generous to everyone.

Have you ever met such people before? People who are so positive that their energy just lights up the room? :D They are one of a kind. Just talking to them for a few minutes can make you different, excited!

For me, this was the first time I came across such people. It opened me up to an entirely different type of kindness I never knew, and inspired me to be such a person as well. This experience planted in me the first seed of doubt regarding the mindsets and behavior I was taught as a kid, and whether they were limiting me from being my best self.

Moving To A Life Of Emotional Generosity

Two years later, I had graduated and was working in the same company as a full-time employee. I met another colleague who really impressed me with his kindness. He was extremely nice and would go all the way to help me, including others, on any matter. What made this more remarkable was that we were in totally unrelated roles and he had no reason to help me at all. I was very touched by his gestures.

These few experiences made me question my way of thinking. As I reflected, I stepped out of my shoes to assess my behavior from an outsider’s perspective.

To my shock, I realized that my behavior all this while made me no different from the kind of people I dislike and feel repelled by — people who are selfish, uncaring, and apathetic. In my quest to be my best self — I thought that by being stingy with my emotions, I was being a better person — my emotionally stingy behavior was doing the exact opposite. It made me an ugly, selfish individual, not at all the kind and helpful person I wanted to be.

Yet, I was oblivious to this for so long was because I was living in a bubble all this while, fighting for one goal after another. When all you’ve been exposed to is emotionally stingy behavior, and this behavior is deemed normal in your environment and even commonly displayed by peers and role-model figures, it becomes your only comparison point. It is not possible to know what you’re missing when you do not even know what is missing. And I believe this is true for many emotionally stingy people I knew.

Knowing this, I subsequently worked on being more empathetic and compassionate towards others. This moment marked a critical point in my growth, something that I elaborated in this post (another being when I discovered my purpose). This was the point when I became genuinely driven by compassion for others, to become someone I respect and love. 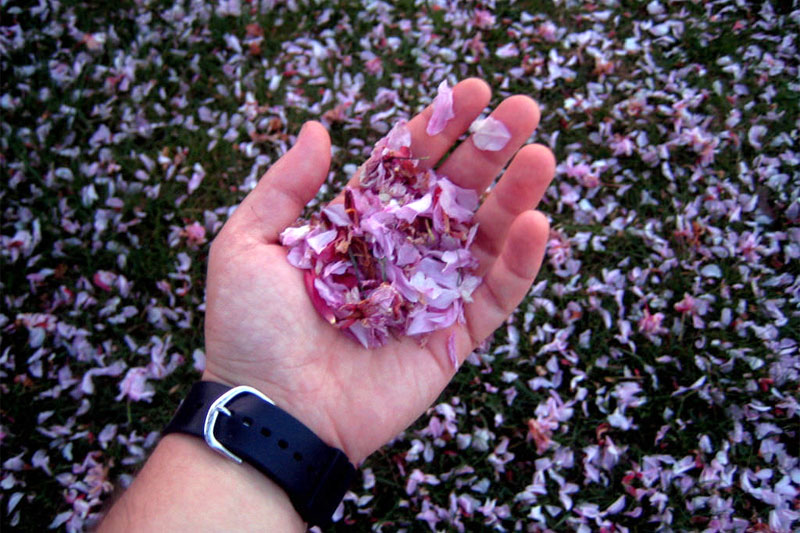 From then on, I started treating people with unconditional love and respect.

The basis of these acts is not about whether these people deserve the kindness or not. It is about giving to see someone in a better place, because everyone is equal and deserves better. None of these acts were/are done with the expectation of something in return. I do them because I care, because I recognize and respect others’ emotions, and because I want to see them in a better place.

The interesting thing is that giving has not left me with less for myself. I still feel positive and uplifted, if not more, from giving and helping others. I’m genuinely happy when I see a fellow being in a better place. And the positive comments and thank-yous I get from you guys mean the world to me, and give me the power to share and project to millions out there each day.

Of course there will always be the bad eggs, people who don’t appreciate you or try to  demand for more without respecting your needs. I shared about them before here, here, and here. For these people, you treat them with love and respect and subsequently let them go, while focusing on the more positive connections. Being emotionally generous doesn’t mean blindly giving without respecting your needs; it’s about giving in a way that honors both you and others.

Take a deep look at yourself right now and think about how you think and act on a daily basis towards others. Are you emotionally generous or stingy?

If you aren’t emotionally generous, try it out and see where it takes you. You don’t have to do anything huge or daunting. Just start with a small act that uplifts others — such as a smile, a praise, a show of concern, empathy, a random act of kindness, or a show of appreciation. Do this out of the kindness of your heart without expecting anything in return.

As you do that, notice how you start to be more positive. You start to live less in your head, and more in the real world. You become driven by love, not ego or fear. You start to care less about judgments and perceptions, and more about helping others. And you may be pleasantly surprised by the kindness others will share along the way. :)

At the same time, as you sprinkle positivity to others, realize that you are effectively planting little seeds of generosity in them too. Perhaps you may inspire others to become more emotionally generous like you. Perhaps you start doing for them what my ex-manager and ex-VP once did for me — open my eyes to a different kind of kindness, on how to be a better person to others. :)

Start giving today and experience for yourself the power of emotional generosity. It is by being emotionally generous, not emotionally stingy, that you start to achieve abundance in all areas of life, both for yourself and others. :)

Check out Be a Better Me in 30 Days Program, my 30-day program to transform into your highest self, where you work on embodying emotional generosity in one of the tasks, along with other positive virtues!

Is It Realistic to Believe ‘Chase Your Passion and Money Will Follow’? (The Passion, Market, Skills Framework)

How To Stop Being the Giver in a Relationship/Friendship

How Long Would You Spend Helping Your Baby Learn To Walk?