How I Found Peace in My Relationship with My Parents, Part 1: A Child’s Wish 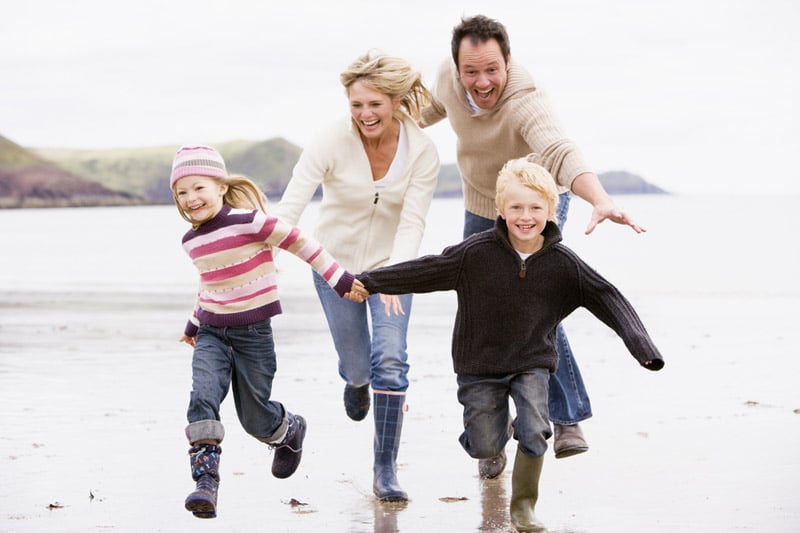 (Jul 12, 2011) – Some of you may have noticed that I’ve never written about my parents or my relationship with them. It’s not by intention; just that there’s never been a reason to write about it. That is, until recently, as I start gaining resolution in new areas of my life. Today’s post marks the first post where I share in detail about this as-of-yet unknown side of my life.

I foresee this to be the first in many posts to come where I share more of the inner sides of my life. With PE, I want to create a common, safe space where every single one of us is free to openly discuss about our vulnerabilities, our deepest desires, our fears, and our passions, without judgment or discernment by anyone. I want all of us not to be afraid to say what we’re feeling on the inside.

Where others may see the sharing of one’s emotions and desires as being weak and vulnerable, I see this as a strength, because it is from our emotions that we draw our greatest power in life. Don’t ever let anyone tell you otherwise. To show our emotions, to be vulnerable, to open ourselves fully, without holding back, is the most beautiful thing we can ever do. I think it is by bearing yourself that you progress in your growth and become a stronger person. The more you open yourself up, the more you’ll grow.

I look forward to connecting with more of you in this journey of life ahead. Here’s to an extremely exciting journey ahead. :)

How I Found Peace in My Relationship with My Parents

A Child’s Wish — A Deep Wish

One of my deepest wishes for my parents for a long time was for them to be my best friends. That beyond them being parental figures to me, I could connect openly and emotionally with them, share all my deepest thoughts, fears and life passions, have meaningful discussions, and make decisions about my life together.

I think it took root from when I was growing up. Watching dramas and TV shows, Chinese and American ones alike, and witnessing the bonds the children had with their parents/family. Those really left me with a deep impression. I remember watching Chinese drama serials, and thinking it was so heartwarming how the families would have dinners together at the dinner table every day, update each other on what was going on in their lives, discuss things on their mind with one another, and laugh and bond over their meals.

I remember watching Buffy (the Vampire Slayer), one of my favorite shows when I was younger, and thinking how nice it was that Buffy and her mom (Joyce) could talk the way they did. For example, Buffy’s mom (who was divorced) could talk to Buffy about her (Joyce’s) romantic dates openly. Buffy could share her secrets with her mom, as well as let her in on her circle of friends. They would have conversations – actual conversations about each other’s life. On top of being a mother/daughter to each other, they were close friends too.

I remember watching Charmed, and thinking it was so sweet the Halliwell sisters never failed to support each other, physically and emotionally. Each of them could rely on the others to be there when needed. They could discuss about their relationship woes, life dilemmas, work problems, etc with each other. Not only were they sisters, they were also best friends too.

I remember watching participants on reality shows like American Idol, Singapore Idol, The Bachelor, The Apprentice and the like, and feeling in awe whenever they cut to scenes of participants with their family. You could see the participants and their parents talk openly with one another, hug each other and express signs of care and concern for one another.

Disparity between Vision and Reality

Yet for some reason, my relationship with my parents for the past 15 years of my life was not that all.

In fact, it was the direct opposite. Looking back, I would classify my relationship with my parents as more dysfunctional than anything, and pretty much irreparable.

While normal families would have conversations, we wouldn’t do that. We would talk, and no sooner start snapping, yelling or screaming at each other – sometimes even with expletives. Many times my mom, who has the more abrasive personality between my dad, would snipe at me with some sarcastic comment, while I’d respond by rolling my eyes. It seemed like there was some serious generation gap; some deep chasm; some pervasive gap between us that was impossible to bridge with words.

While normal families would talk to one another at least once a day, I could go for months without ever talking to my parents, because there was nothing, in my opinion, to be communicated. While normal families would have meals together at the dining table every evening, we wouldn’t do that. We would eat at different times, and where we see fit – usually the bedroom for me, the living room for my dad, the dining room for my mom, and for my brother not at all, as he would work late and buy his own dinner.

While normal families would talk about what’s going on in each other’s lives, we wouldn’t do that. Our conversations were limited to relaying functional needs, such as what to buy/eat for dinner, help needed to run certain errands, and the like. These would usually elicit mono-syllabic replies such as “Yes”, “No”, or “Maybe”, which would be where the communication ends.

We knew empirical facts about each other – like our birthdays, general life history, and so on, but in terms of our  inner most thoughts, motivations in life, deepest desires, worries and concerns, greatest passions? No. My parents had no idea what was going on in my life, and neither would I know what was going on in their lives too.

While normal families would go out together on outings, at times even have vacations, we wouldn’t do that. We stopped going on family outings ever since I became 10 years old. The only time when we would go out together would be during Chinese New Year, because we were bounded by tradition to do so. It would seem that there was a huge mismatch between my ideal vision for my parents, and the reality.

Sadness and an Unfulfilled Wish

It was actually quite sad for me for a while. I never talked about it with anyone, but deep down I always wished I had a more meaningful relationship than whatever I was having with my parents – if it could even be considered a relationship to begin with.

Like falling leaves that would become embedded in the bottom of forest undergrowth in the long run, these unspoken feelings remained deep at the bottom of my heart, never articulated to anyone.

Our relationship was purely functional – My dad was my dad, my mom was my mom, and both of them were my parents because they gave birth to me. That was it. Besides the obvious biological link, they have 110% fulfilled their base responsibilities as parents – They raised me, they kept me well fed and clothed, they put me through school, they funded for my expenses before I started earning money, and they inculcated good moral values in as a child. This I could never have asked for more in this regard.

But the emotional aspect of the relationship was missing. Deep down, I yearned for an emotional connection, one that transcended normal parent-child roles, and one that involved open communication, one where they were my best friends in the world whom I could share anything and everything with.

I wished I could tell them about my passions in life, and how I loved growing and helping others to grow.

I wished I could tell them how much I love them, and how they were the best parents I could ever have in this world.

I wished I could tell them all the big goals and dreams I had/I have, many of which involved being the best I could be, so that they would know I had applied every single thing they taught me.

I wished we could hug each other openly and freely, the way families who love and care for each other would.

I wished we could have a proper conversation, one that wouldn’t end with someone screaming or shouting.

I wished we could talk openly about everything under the sun, from me to them and from them to me, without feeling like we needed to hold back or hide anything from each other.

I wished I could let them know how well I am doing in my goals – how well I did in my studies and life (when I was studying), the awards I had won, how I was being selected to work in one of the best companies in the world (when I was in university), how I’m in the dream career of my life today, how prominent my work has become (online), so they would know I’m the best daughter they could ever have.

I wished I could tell them how they have done the best job they can ever do in raising me, and how I would never want to have any other parents but them.

For whenever I see my parents, I would feel there was so much I wanted to tell them, but all that would be stuck in my throat, unable to be expressed into words. And any attempts to express them would result in frustration with each other, unhappy arguments, and violent outburst of anger from one to another.

My wish as a child remained unfulfilled through my childhood years, past my teenage years, and into adulthood. In fact, if it was even possible, the chasm between my vision for my relationship with my parents and the reality would widen bigger and bigger as I grew older.

Read on in part two: A Pervasive, Widening Gap

How To Stop Being the Giver in a Relationship/Friendship

10 Rules of a Great Conversationalist

8 Tips To Be Empathetic To Others

How To Be Charming in Under 500 Words