The Market Leader Effect: Where The Winner Takes All

For the past month, my husband has been telling me about this stock image model who seems to appear everywhere. He would point out her ads whenever we chance by them but I never really believed him. I thought it was a fluke since I’ve seen stock images get reused before.

Until one day when he came across yet another of her ads while surfing. As he shouted in exasperation, I looked over in curiosity. Sure enough, there she was, that stock image lady, this time promoting a different product. This was I got curious.

“How many ads is she in really?” I asked.

“I’ve no idea. TONS. LOADS. THOUSANDS. She is everywhere!” he said. “There’s even this website dedicated to identifying all the ads she’s been in before!!”

I proceeded to have a good laugh for five minutes. Because this stock image lady is really EVERYWHERE! Check this out: 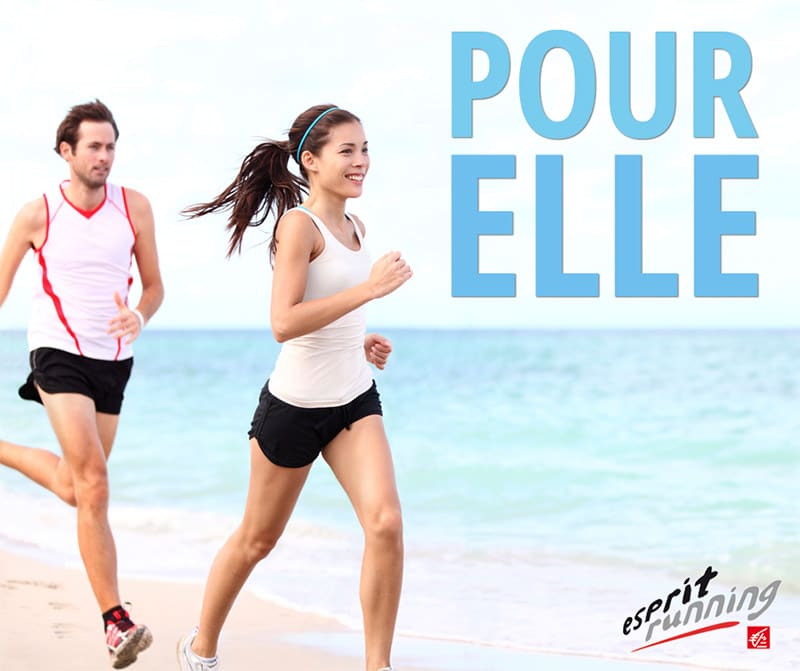 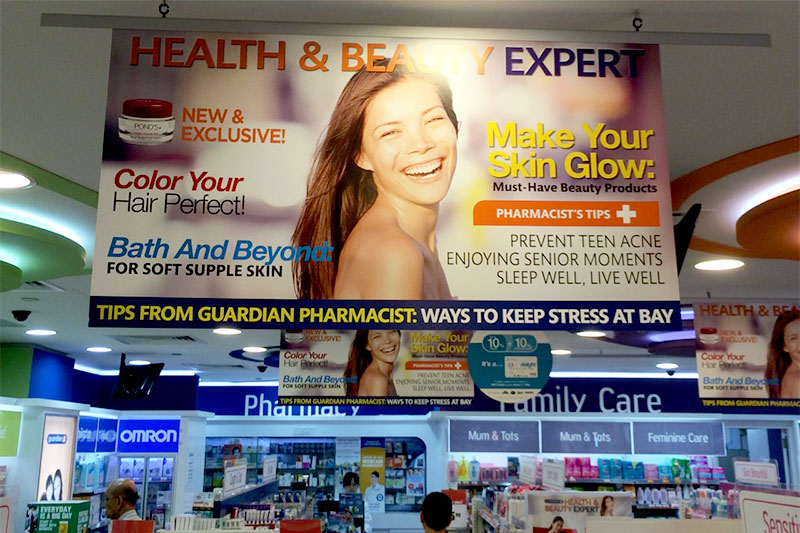 Showcasing her glowing skin at a pharmacy 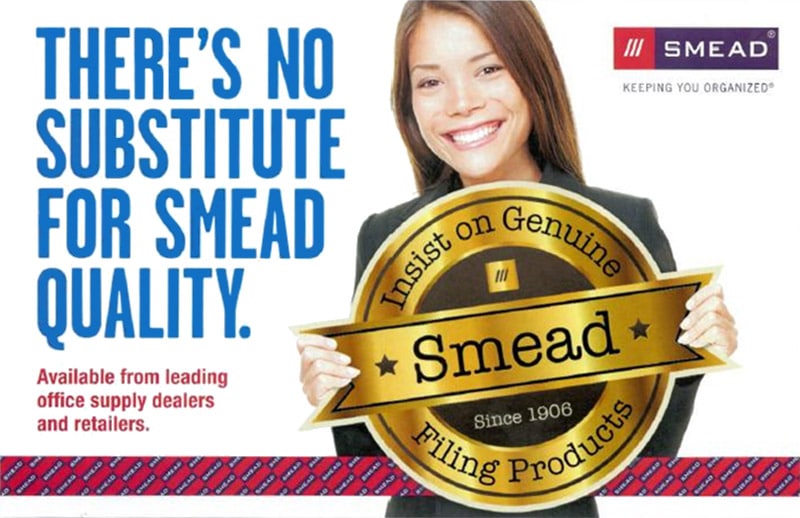 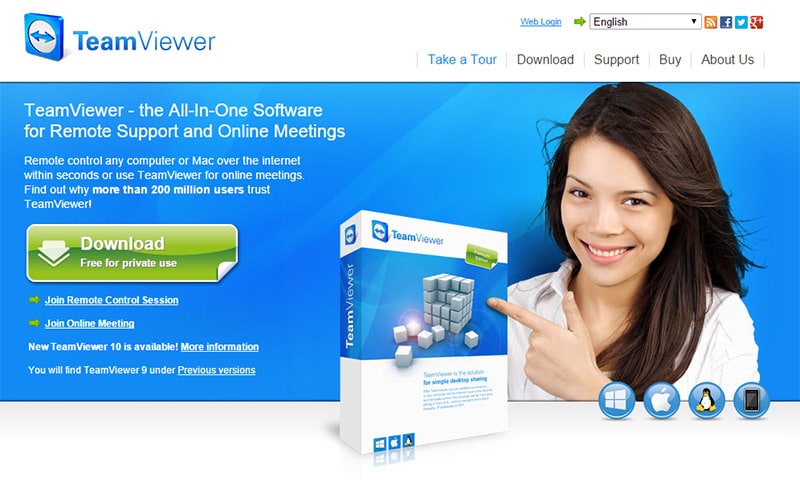 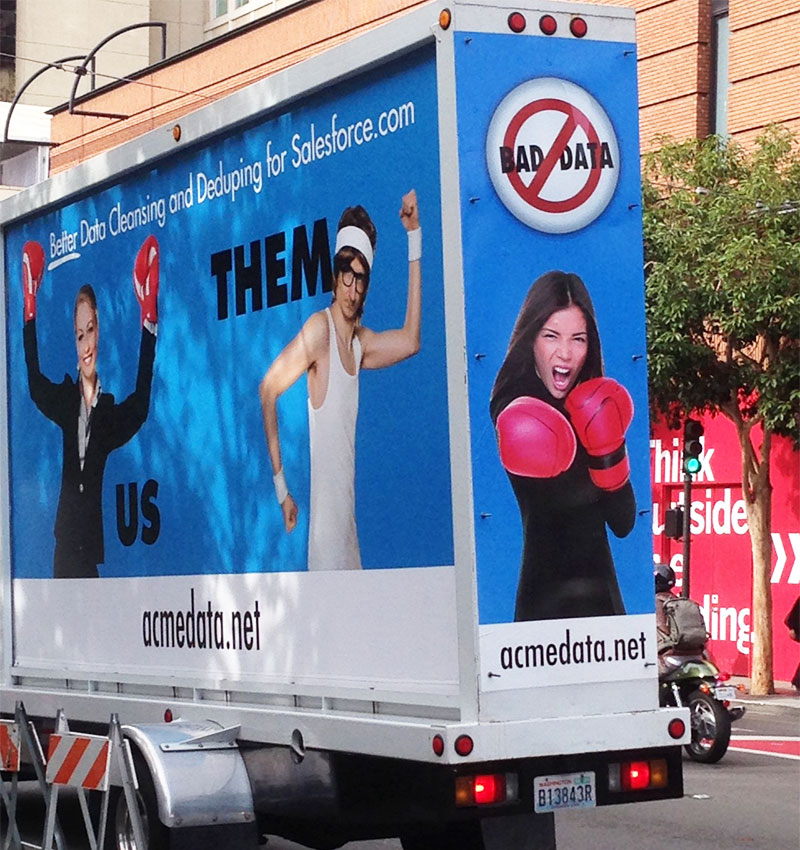 On the roads of San Francisco 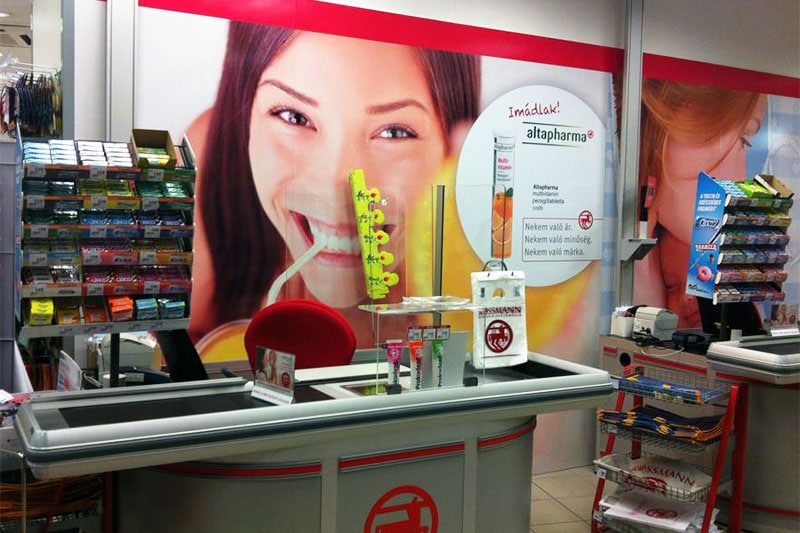 In Hungary, at a supermarket 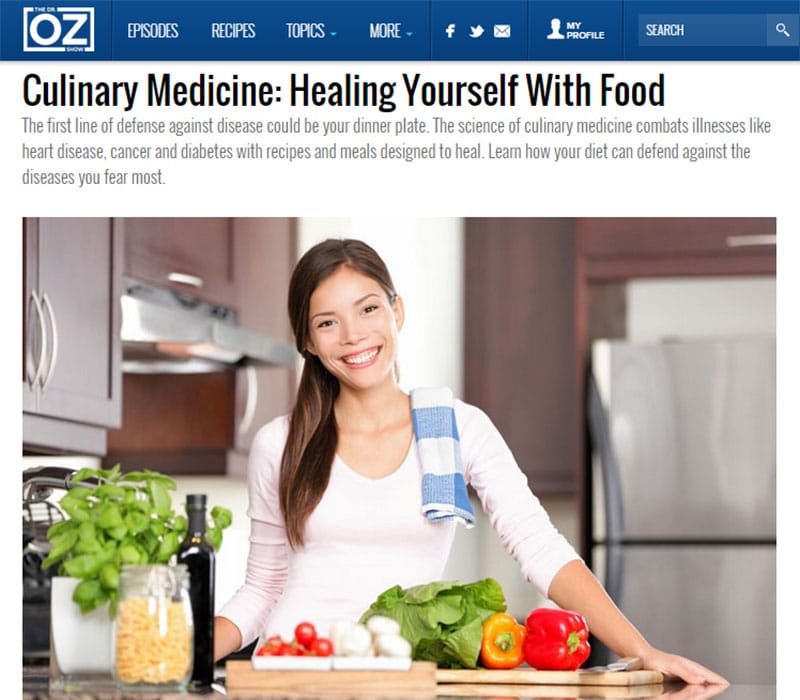 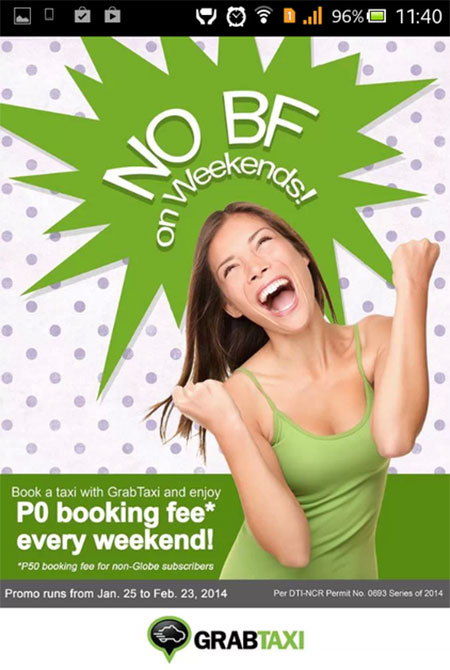 On mobile apps too 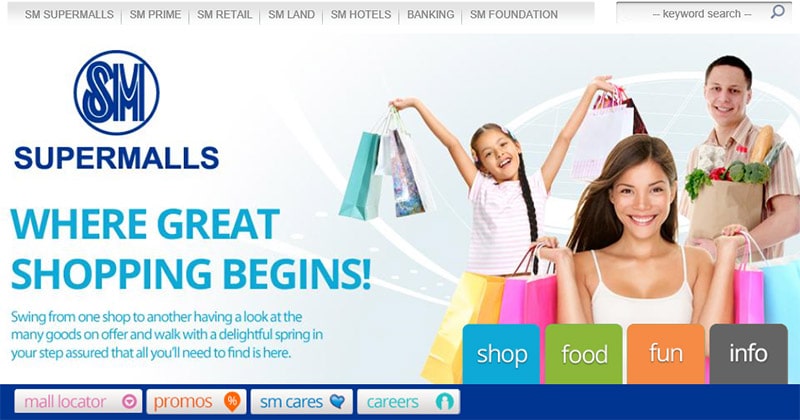 On the homepage of a Filipino shopping mall 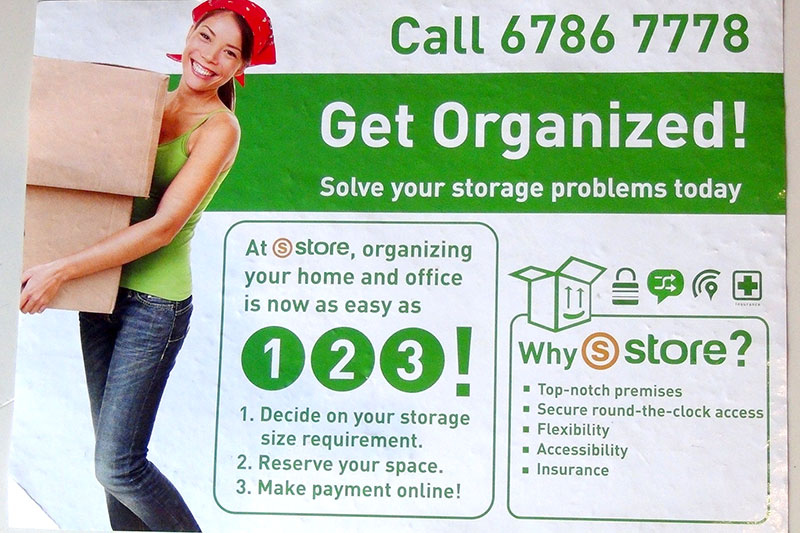 We found this flyer near our house!! 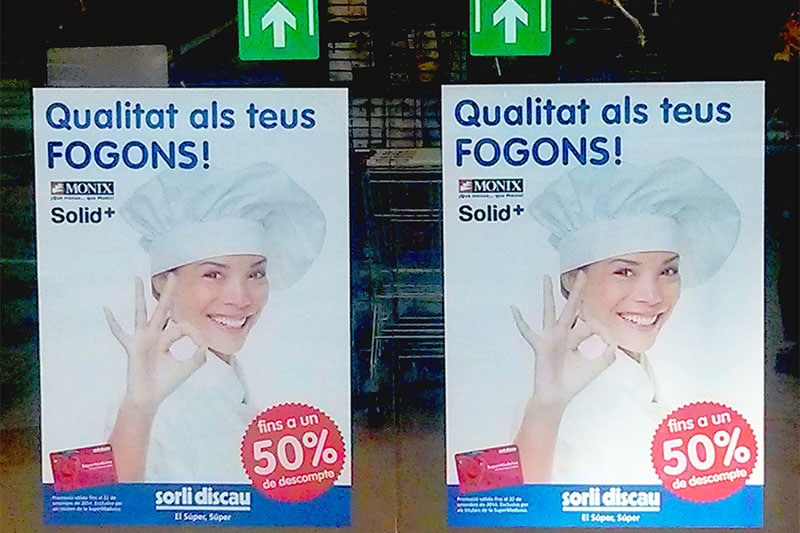 Outside a Spanish supermarket 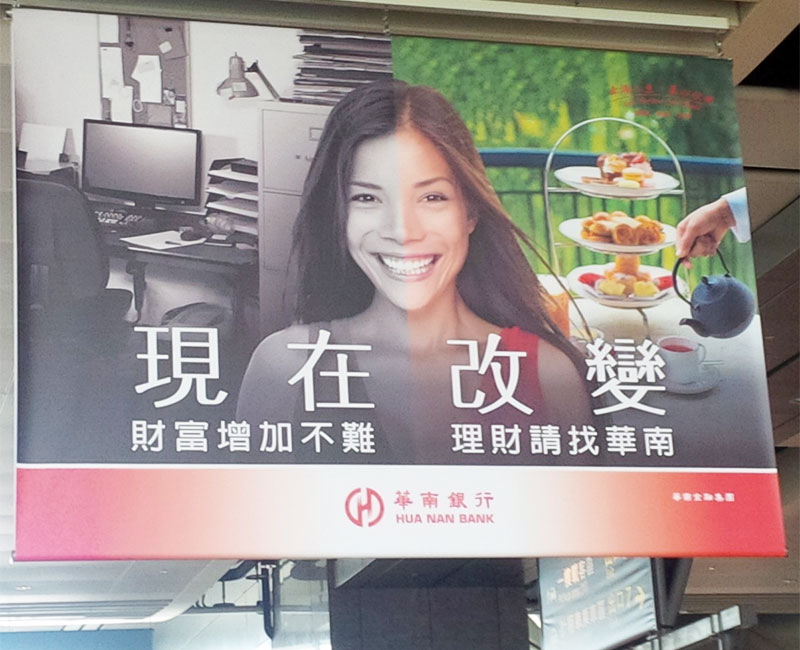 In Chinese ads too (At a train station in Taiwan) 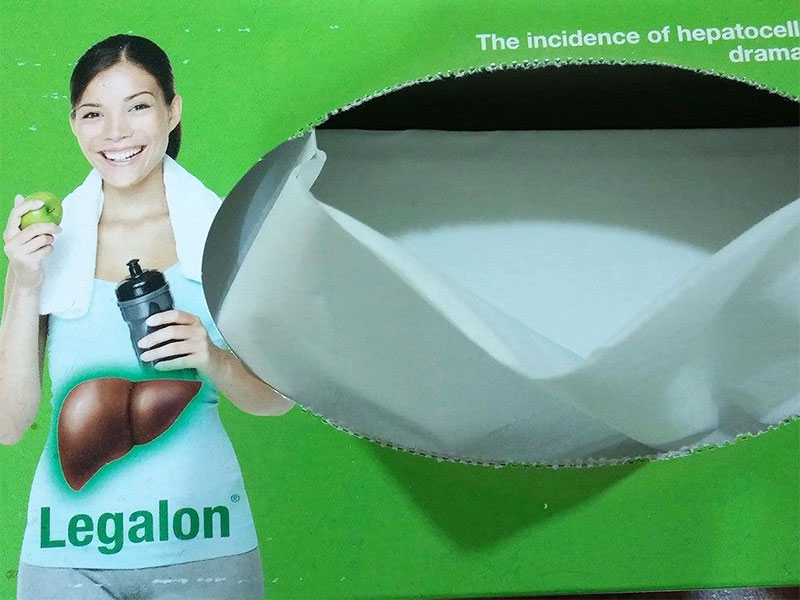 She appears on tissue paper boxes too 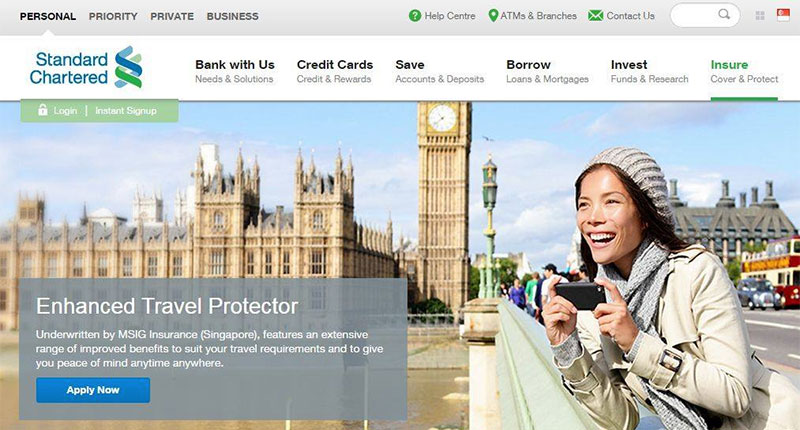 Even internet banking — She does it all!

This is Ariane, also known as “The Overexposed Stock Image Model” by netizens. You know she has earned this title when there is a Tumblr and Facebook page dedicated to spotting her appearances across the globe (that’s how I knew about most of the sightings above)!!

No one knows how many ads Ariane has appeared in — hundreds definitely, possibly thousands. One thing for sure… she is everywhere, in many countries, promoting products across all industries. To quote this article, “She’s been spotted in health-care campaigns in Peru, selling Jamba Juice in the U.S., on Amway race posters in the Philippines, on Sea Air’s website, as the face of radio stations in Germany, and in countless magazines around the world.”

Clearly, Ariane is the leading player in the stock image industry today. The fact that her photos can be seen everywhere, albeit a little too frequently, is what I call the market leader effect.

What is the “Market Leader Effect”?

A while back I wrote about the superstar effect, the phenomenon where top performers (celebrities, athletes, singers, etc.) get disproportionately more earnings than the rest in their field. The superstar effect is typically used to describe people in media-based professions, and it focuses on earning differences only.

The market leader effect is similar to the superstar effect but more all-encompassing, referring to the phenomenon where the top company, brand, or person in a field (the market leader) tends to get significantly more rewards, as opposed to marginally more rewards, than all the other players in their field. These rewards refer to everything, from earnings, to market appeal, to industry attention, to industry support, to market opportunities. 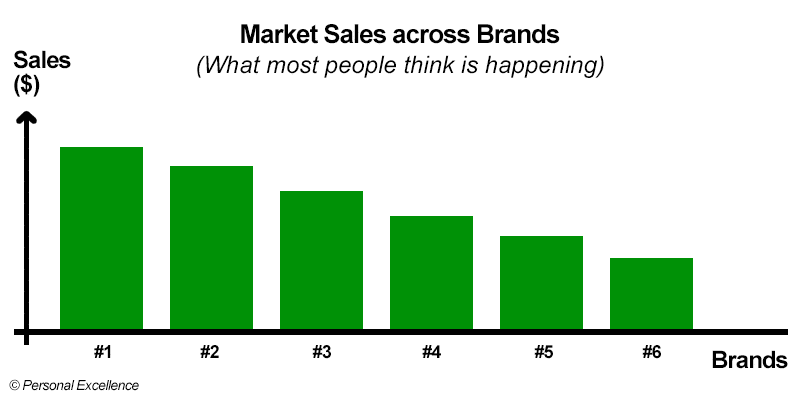 However, that’s often not the case. Often, the market leader takes majority share of the market, with a significant lead over the second player (and hence the rest of the market). See below: 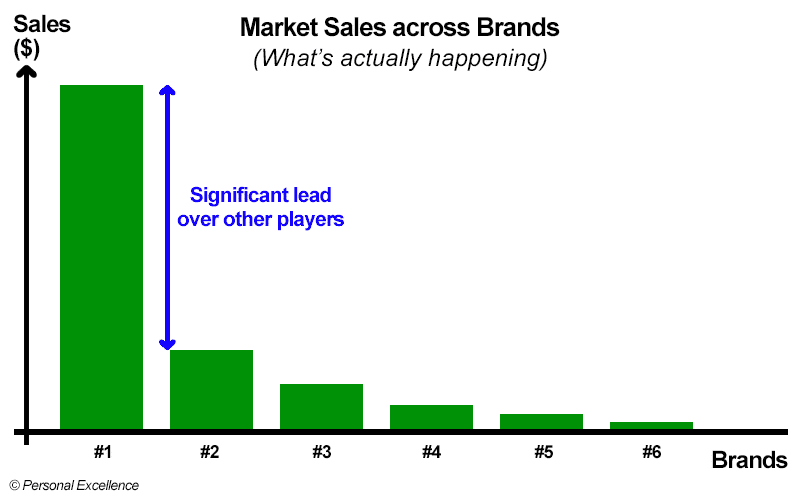 It’s the 80/20 rule basically, where 20% of causes contribute to 80% of effects. Here, the top player in any industry usually acquires majority of the gains in that industry. In a highly competitive and fragmented industry, this market leader effect can extend to the top few players (as opposed to just the top player). This effect can be seen…

Both the superstar and market leader effects point to the phenomenon that it pays to be the best. By being average, 10th best, or even 5th best, it doesn’t pay you in the same way being the top in your field does — even after discounting the differences in ranking and quality.

Let’s look at a field that I’m in, blogging. Blogging is a tool for self-expression, a powerful medium to share information, and a profession for some people. Blogging is also where the market leader effect can be observed.

Consider beauty and lifestyle blogging. Despite the glamorous perks often associated with it (sponsorships, free products, free trips, exclusive event invites), most bloggers don’t earn enough for a living. Majority (maybe 90% of them; not a scientific figure) don’t earn anything; some earn a few hundred dollars a month, and a very rare number earning $1,000~$2,000 and up on a monthly basis, but usually not from blogging itself but a side business that’s tied to their blog (like a blog shop, event hosting or freelance modeling).

On the other end of the spectrum, we have the market leaders — just a small handful of them, maybe two or three — who receive hefty endorsement deals and large paychecks, easily earning $10,000 and up per month. These bloggers have the highest readership in their field, significantly more so than any other blog.

This pattern can be seen in any other blog category — food, personal finance, personal productivity, blogging (blogs about blogging), nutrition, fitness, entrepreneurship, business, career advice, as well as personal development, the field I’m in. Every category has its own market leader (or leaders) that receives a disproportionate amount of readership, and subsequently advertiser attention and high earnings.

For example with food blogging (in Singapore), the current market leaders are Lady Iron Chef and Dr. Leslie Tay; in personal productivity we have Tim Ferris, Lifehacker, and Lifehack; in blogging, Problogger and Copyblogger; in budgeting and finance, Get Rich Slowly, and The Simple Dollar; career advice, Penelope Trunk. (There are probably other big blogs that I missed here, but the point is that the aforementioned are big winners in their fields.) These market leaders enjoy big gains, and will continue to do so as long as they secure their market position.

What the Market Leader Effect Means for You

Some of you may be going, “Oh great, the market leader has already been set for each industry. It’s impossible to make my mark now.”

Hold your self-defeating horse right there. Sure, it is true that unless you’re in a new industry, market leaders have probably already been defined. However, even if you are entering a new industry, it doesn’t mean things will be easy. There’ll still be intense competition; if anything, there’ll be more issues as you’ve to deal with resisting mindsets, educating the market, regulation issues, etc. that would usually be taken care of in an existing industry (by current players).

The reality is that success isn’t meant to be quick and easy. New or mature industry, there’ll be challenges to tackle. It’s not about faltering in these challenges. It’s about learning how to deal with them, and work them to your favor.

With market leaders, regardless of how established and known they are currently, the fact is that markets constantly change. People come and go. Audience’s needs change. The market landscape is constantly being redefined. Just because someone is the market leader today doesn’t mean that he/she will stay the leader tomorrow.

Take for example, Nokia. It used to be the undisputed mobile phone brand in the late 1990s and early 2000s, with a whooping 40% share of the mobile market in 2004. And there was RIM (Blackberry), the winning mobile brand among business consumers — it rose from having a 8% share in 2004 to a peak of 20% share in 2009. Then Apple and Android came along, and they got wiped off the radar — Nokia has a paltry 3% of the smartphone market today and just sold its handset business to Microsoft last year, while Blackbery hit an all-time low with a 0.5% market share; it’s stock shares reached its lowest in almost 15 years at only $6 last year. Today, Samsung and Apple reign the smartphone market like I just shared above.

Then we have Windows, which used to be the only operating system the world knew. And then Apple came along and changed the market. In the past six years, Apple’s OS X share has more than doubled, while Windows’ share slides below 90% for the first time since the 90s. While Windows is still very much the dominant leader, if the trend continues this way, it probably won’t remain the juggernaut that it is right now in several decades’ time. 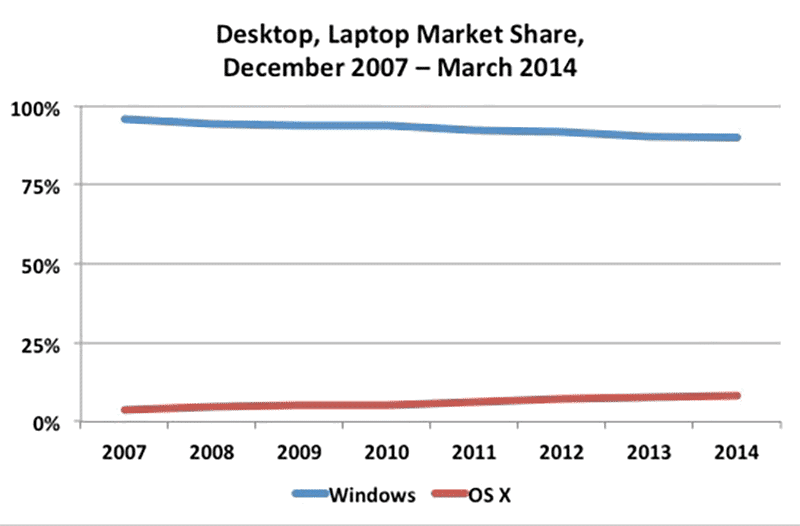 Last but not least, you see this market flux in the celebrity world as well. Paris Hilton used to be the undisputed celebutante; the “inventor” of reality TV and the paparazzi star who created the phenomenon, “famous for being famous.” And then the Kardashians came along and took that title away seemingly overnight. Today, Kardashians own covers of tabloids and fashion magazines (with Kim appearing on the cover of Vogue in 2014 and breaking the internet with Paper Magazine cover), own the entertainment airwaves with its hit reality TV shows (Keeping Up with the Kardashians and other spinoffs), and don’t look like they’ll be going anywhere for a while.

The point I’m trying to make is that market leaders’ positions aren’t fixed. The #1 today can be #10 tomorrow. The #1000 today can well be #1 tomorrow. (Think Psy’s Gangnam Style propelling him to international fame but then losing prominence after awhile, or Adele appearing out of nowhere and sweeping away six Grammys in 2012.) Social media and virality of the internet now allow underdogs and hidden gems to be discovered and celebrated more than before. Because of that, the onus lies on you to let the world know of your prowess.

Whichever field you’re in, here’s what the market leader effect means for you:

Be sure to read:

7 Tips When Someone Takes Credit For Your Work

How To Get Constant Media Coverage for Your Business or Blog

Can Everyone Be Successful in Starting Their Business?