This post is dedicated to those of you who dislike criticism. Let’s all embrace criticism together! :) 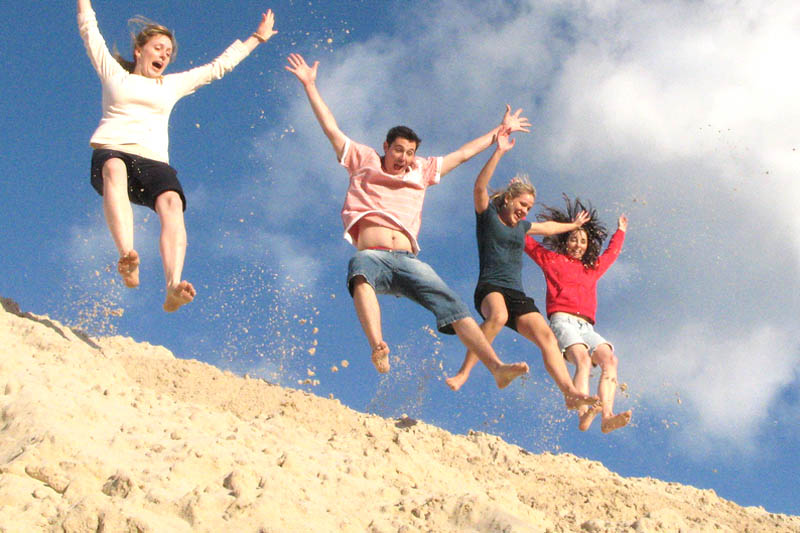 Last week, I was having lunch with a friend P. We started to talk about blogging.

P told me that she has been thinking of starting a blog. She was raised in different parts of the world and is now a permanent resident in Singapore. Despite recently having a baby, she travels every month with her husband and baby as part of exploring the world. She wants to start a blog to dispel myths about how it’s hard to travel (or live a normal life for that matter) after having a child.

“Thanks! But there’s something that I feel hesitant about,” she said.

She said that she’s concerned about receiving criticism. She’s a very private person, and starting a blog would require her to share pretty personal things about her life. This is a premature concern since she might not even receive any criticism, but she wouldn’t know how to handle it if she did. Ideally, she wouldn’t want to be caught in that situation. She is just unsure of how the public would respond to her writing.

So I told her that her feelings are unwarranted as criticism is a good thing. Then, I shared why I think that way.

She immediately broke into a huge smile, nodded, and said that it was a great way to look at criticism. She left our lunch meeting saying that she’s going to start viewing criticisms that way from now on.

Embracing Criticism (and Some of the Worst Comments I’ve Received)

What I shared with her are the things I’ve learned about criticism since starting my business.

Not long ago, I posted a comment on Facebook expressing gratitude to my readers for their constant support. I said that they make the occasional “bad stuff” worth it. I received a series of mainly positive responses almost immediately, which warmed my heart.

Among them was one from an ex-colleague, a senior manager from the company I used to work at. She said that whatever negative feedback I receive today should be a breeze since I used to work at a P&G, a multi-national corporation known for its high pressure work environment.

While I understood what she was saying, as my past role in P&G was a high stakes job which came with harsh evaluations and critiques, the feedback was always about the work itself (unless you have a bad manager, in which case it’s still possible to distance yourself and objectify the feedback).

But blogging and the online space? Oh lord. It’s a whole different ball game altogether. The kind of comments you get online has no boundaries. They can basically be anything, from your looks to personal life to family. It’s no longer about the work: it’s about everything, and it can get very ugly as the internet is now flooded with trolls.

A while back, I had a photoshoot with SimplyHer (a local magazine) as part of a coaching feature that I did for them. I shared the photos on my blog. A guy, a self-help blogger no less, wrote a sexist email after seeing the photos, asking me to “please lose some weight” because people look up to me for inspiration and I was apparently not inspirational enough because I looked (and I quote him) “too prosperous” in the shoot.

A month ago, someone spammed my articles with various pointless comments. In one of her comments, she flamed me and my ethnicity, saying that I was a joke and I was nothing but a “stupid Azian [sic] girl trying to take over the world” (along with a devil emoji).

And the list goes on. I’ve shared more examples of negative criticisms I’ve received before, but trust me when I say that these are just the tip of the iceberg.

…Yet, I think criticism is good, really good. I didn’t use to think so until I started my blog Personal Excellence. And I’ll explain to you why.

Barring the personal nature of the criticisms above, which I’ll get to in a bit, criticism is good for the nine reasons below.

At the same time, it’s important to note that there are two situations when criticism can be detrimental.

#1: When criticism is the only thing you get every day

The first situation would be when you constantly get criticisms without a breather. Besides it being a serious energy suck, constant criticism can divert you from the things that really matter. Because rather than work on your goals, you’re too busy reacting to others or resolving conflicts between you and other people.

Some examples would be parents who criticize their kids 24/7; teachers who keep criticizing their students rather than praise their talents; and someone whose work involves dealing with a public audience (such as teachers, writers, bloggers, and public figures).

If you’re getting so much criticism to the point that it’s hindering rather than enabling you, some suggestions I have for you are

#2: When the criticism isn’t constructive or gets personal

The second situation is when the criticism isn’t constructive or gets personal or offensive. The blog comments that I shared earlier in the article are examples of that.

When that happens, it’s a violation of your rights. Put these people in their place by asserting your rights. Block or remove them if you’re running an online community. Cut out chronic critics from your life if you have to.

Read: How To Handle Bullying: An Important Guide

Here are other resources I’ve created on handling criticism:

At the same time, it’s important to learn to provide constructive criticism to others. Here’s a quote by A.C. Benson that I absolutely love:

“People seldom refuse help, if one offers it in the right way.”

How true is that? :) If someone isn’t taking to your well-intended feedback kindly, perhaps it reflects that you aren’t delivering your feedback in the right manner. Here’s an article that will help: How To Give Constructive Criticism: 6 Helpful Tips

Not Getting What You Want? Time To Change Your Actions

10 Tips To Deal With Daily Setbacks