This is part 4 of a 5-part series on anger where I share my history with anger, how to let go of anger, and how to deal with angry people. 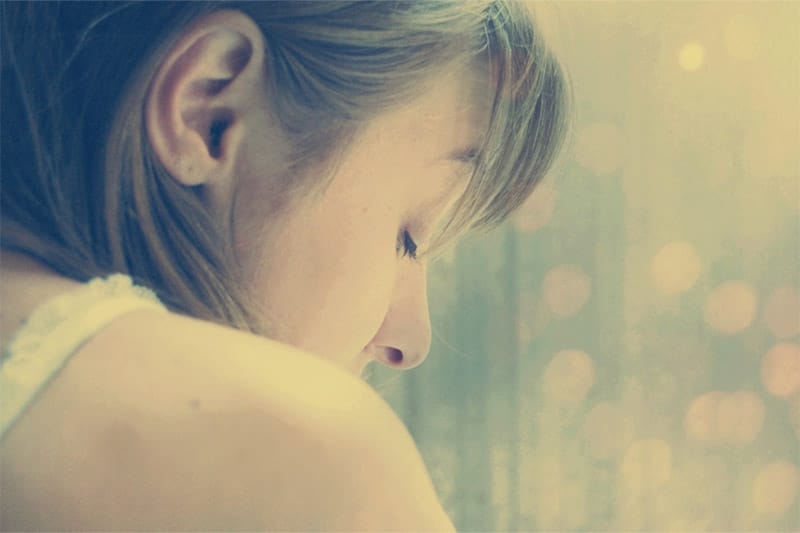 How To Deal With Anger: A Gentle Guide

Most people would think of anger as an emotion that’s part and parcel of life. That, hey, it is normal to feel angry once in a while. And that it is okay to be angry when things don’t go your way.

I beg to differ though. Having grown up in a household of anger, and having experienced life as a highly angry person, I have come to realize that anger doesn’t have to be part of life. While there is nothing wrong with being angry (after all, there is no right or wrong emotion), anger doesn’t have to be an option. Just as you choose to be angry, you can choose not to be angry. And you can resolve problems just the same, if not better, without anger being in the picture. At all.

In today’s guide, I’ll teach you conscious methods on how to deal with anger, such that you will become an angerless person. This guide is not about anger “management” or anger “control”, which are short-term solutions. This guide is about permanent anger resolution, because long-term solutions, not quick fixes, should be our aim in life.

Step 1: Recognize When You Are Angry 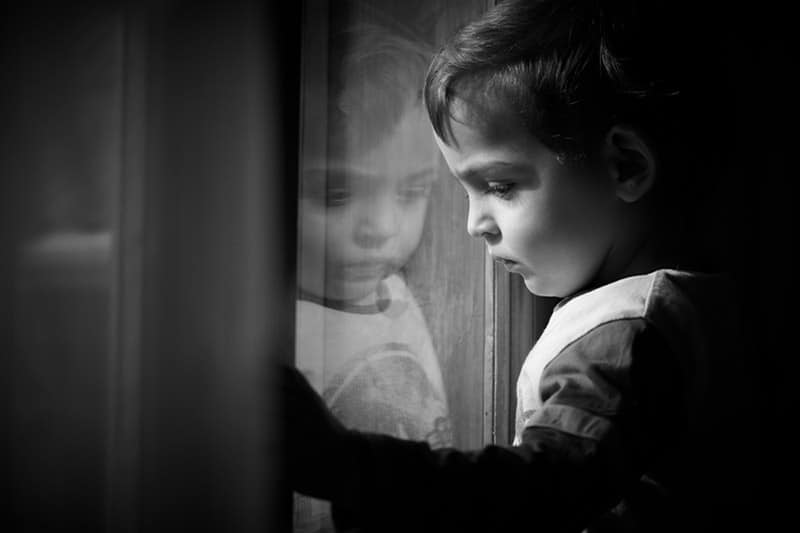 Contrary to what most might think, anger isn’t just limited to moments when you lose your cool and fly into a rage. Anger starts the moment you harbor negative emotions about something or someone. As you feel more and more unhappy, your anger compounds… Eventually you snap when your anger hits a certain threshold and you can’t hold it in any longer.

For example, before I resolved my anger issues, I would be easily irked and frustrated. I would rarely fly into a rage, unless I was at home and dealing with my family members, who had anger issues of their own and with whom I had compounded grievances against. I thought I wouldn’t be considered an angry person since I would hardly lose my temper at others.

This means if you often feel irked or frustrated, there is actually an angry soul in you waiting to be unleashed. You are no different than a ticking time bomb waiting to go off any minute. All it takes are (a) the right stimulus and (b) sufficient irk to be compounded before you fly into a rage at someone or something.

Here’s an anger index I’ve created to help you gain consciousness of your anger. Can you recognize the different anger states?

What levels do you hover around on a usual day? How often do you enter each level? What is the highest level you have hit before?

Regardless of your answer for each question, you should endeavor to reach Level 0, because that is your natural state of being. None of us are born with anger in our souls. The only reason we even have irk, frustration, anger, or rage in our system is because  of (a) past, unprocessed anger that is stuck in our souls, and (b) faulty paradigms of thinking. It’s about (a) processing those unprocessed anger through Steps 2 to 4, and (b) correcting those faulty paradigms through Step 5.

Do you know your anger triggers? What makes you angry? What ticks you off? What can you not stand?

For the next two minutes, make a list of things that (a) irk or frustrate you (e.g. late public transport, bad customer service, negative people, or inconsiderate people), (b) infuriates you to no end (e.g. injustice to the weak, molesters / rapists, or hypocrites), and (c) instantly pisses you off (e.g. screeching of chalk against a blackboard).

Now, for the rest of today, observe your reaction to everything that happens. Whenever you observe yourself feeling irked or angry, note the trigger and add it onto your list. Spot as many anger triggers as you can.

My Experience Uncovering My Anger Triggers

When I did this exercise, I did it over the span of a week. I uncovered many triggers which I was previously unconscious of. Majority were day-to-day occurrences which I never gave much thought to. Things like unsolicited phone calls, running late for appointments, delayed public transport, and noise disturbances. I wouldn’t be overtly angry, but those events would most definitely irk me to some degree.

Beyond day-to-day occurrences, I also identified deeper anger triggers. I realized I had little tolerance for insincere and/or unauthentic people. I would be heavily repulsed by people who were unauthentic in communication and/or approach personal relationships with a hidden agenda. I also had a disdain for lazy people; people who skive and take the easy way out in life. As a person with excellence as my top value, I could not stand that.

Doing the list was eye-opening. It made me recognize trends to things which would make me angry—usually of things which impeded my agenda or went against my core values (excellence, passion, courage, truth, and authenticity). It helped me to anticipate situations which would set me off, hence pre-empting anger situations so I could deal with them consciously.

Step 3: Drill into Your Anger Triggers

“Everything that irritates us about others can lead us to an understanding of ourselves.” — Carl Gustav Jung

Using the digging exercise to find out why your anger triggers make you angry. For each trigger, ask yourself “Why does this make me angry?”. Pen down the answer and repeat the question until you reach an aha moment (surrounding your anger). This would be the root cause of your anger (at least for that particular trigger).

For example, say after doing Step 2, you realize your anger triggers are (a) talking to rude people, and (b) seeing old people being mistreated. Let’s drill into them one at a time.

Here, you find out that your anger to rude people is linked to your childhood when you were rudely treated by your schoolmates. This is the underlying driver for your anger in this case.

Here, you found out that your anger with people mistreating old people is linked to times when you did not receive help even though you needed it. This is the real reason why you are angry at old people being mistreated (above and beyond the other reasons you uncovered).

For more on how your anger triggers are interrelated with your inner self and your past, read Day 22: Mirror an Annoyance of Be a Better Me in 30 Days Program. It comes with an exercise which will help you release your external annoyances from within.

Anger Triggers and Past Events

As you drill into each anger trigger, you may wind up tracing it to a past event, as we did in the two examples above.

If so, it suggests that you still hold resentment and anger over that past event. This resentment and anger was never properly processed, which is why you continue to feel angry over related situations today, even though that original event is long over. This brings us to the next step, which is…

Step 4: Let Go of the Anger

Having uncovered the root cause of your anger trigger, it’s now time to let the anger go.

The first step is to identify the grievances you still feel over that episode.

For example, let’s say your friend broke a promise to you a  year ago and you remain resentful about it today. Why? What are your grievances about that episode?

Then, work through those grievances, one at a time.

If you are angry with your friend for not valuing you enough as a friend to live up to the promise, ask yourself: Is it true that she did not, does not, value you as a friend? Or was that just your conclusion? How do you think she truly views the friendship?

Challenge your assumptions and beliefs as you work through your grievances. Most grievances are the result of faulty thinking or simply missing the bigger picture. If you can uncover the missing link, you will no sooner be liberated of your unhappiness.

Here’s a related article about letting go: Is It Possible To Let Go of Unhappy Past Forever?

(Be sure to also check out Day 25: Forgive Someone of Be a Better Me in 30 Days Program. It’s about letting go of anger in the context of self-forgiveness, including a step-by-step exercise on how you can go about doing it.)

As you process the “old” anger from your past, make a pact not to create new anger in your consciousness.

This means if you ever come across incidents or people which violate your expectations, don’t be angry. Accept that things aren’t the way you want them to be, at least at this moment. Embrace the disparity between reality and what you want. Then, focus on finding, or even creating, solutions.

Example: Making the Decision to Stop Being Angry at Unauthentic People

The reason of this pet peeve was because of an unpleasant history I had with someone back in primary school. This person, a good friend then, would be sweet and saccharine when around me. However, she would turn on me and badmouth me when my back was turned. I only knew about her antics through common friends. The incident left a mark in my consciousness and made me resent unauthentic people. (In retrospect, it was ridiculous junior school drama and is not even something I care about today.) 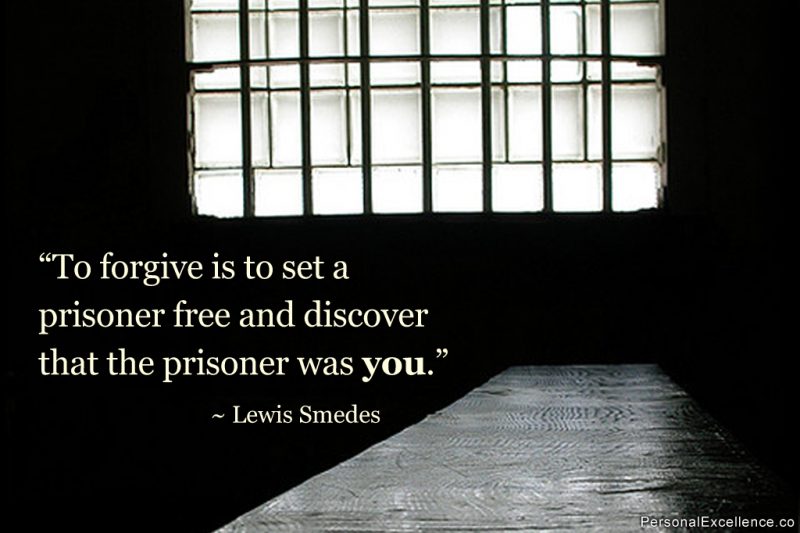 It made me realize that the only person I had been hurting the whole time was actually myself. I thought I was protecting myself and I thought I was “punishing” those “unethical” people by resenting them, but really, I was just hurting myself.

The same goes to everything else that we tend to get angry about. We may think that we are justified in feeling the anger (and we probably are), but the point is that the anger isn’t necessary to begin with. That there is a third path (beyond being angry and ignoring our anger) which involves no anger at all.

When you are angry, you are like a mad man wearing a straitjacket that is laced with kerosene and set on fire. You flap around trying to hurt others with the flames of your jacket (and you probably do end up hurting one or two people in the process), but really, the person you end up hurting the most is yourself.

To permanently remove anger from your life, you have to make the conscious decision to stop being angry (as you work through your past anger). This means letting go of attachments. This means not expecting people to conform to expectations. This means being okay when things don’t match your expectations. This also means learning to embrace life’s little quirks and idiosyncrasies. 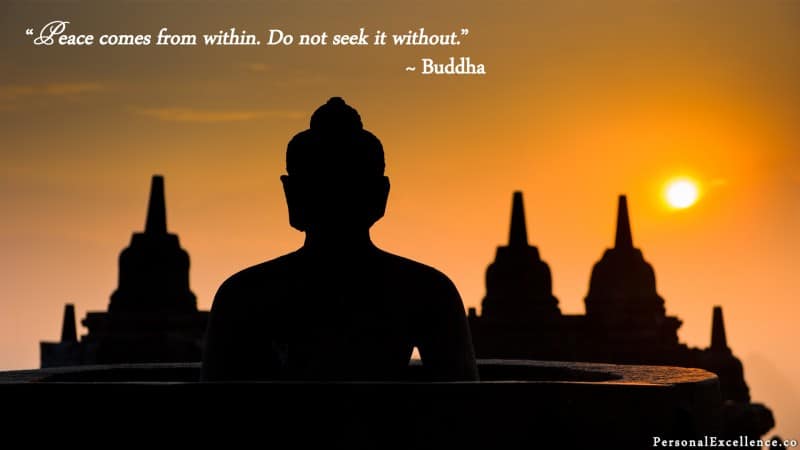 Download this image in wallpaper format from the inspirational wallpapers page

Roll with the punches. Step out into the sun. Learn to laugh at yourself. And learn to dance in the rain.

I made the decision a month ago to stop being angry (which then sparked this series), and I’m happier than I’ve ever been. How about you? Are you ready to join me in living an angerless life? I’ll be here waiting.

After much demand, I’ve written a part 5 on how to deal with angry family members. Read here: What To Do When You Live with Angry People: 7 Tips

This is part 4 of a 5-part series on anger where I share my history with anger, how to let go of anger, and how to deal with angry people.