One of the key differences between my philosophy of personal development and other self-help coaches’ is my emphasis on finding and resolving the root cause vs. just dealing with effects. Many self-help materials and teachings out there today only address effects. However, I believe very strongly in addressing root causes to bring about the largest and most sustainable change in the long run. Similarly, this philosophy underlies my content, coaching, and training materials.

Why Address Root Cause?

Say you have a lot of weed growing in your lawn. If you remove the weed using a lawnmower, will that solve the problem? Temporarily. Visually, the garden looks good. However, you probably know that this is only at the surface level. After a short period of time, the weed will grow back.

So how do you fix this long term? If you replied “By removing the weed from the root,” you are totally right!

The same principle applies to our life. For everything we face today, there is a root cause behind it. Understanding the root cause is central towards resolving our issues. Once the root has been removed, the effects will be addressed accordingly.

Some examples of effects vs. cause are:

However, many people try to work on their problems by addressing the effects. For example, people who try to increase self-confidence by creating confidence through forced behaviors and self-talk, without first understanding why they lack confidence. People who try to increase their wealth through get-rich-quick schemes and ideas, rather than understanding why they are at that level of wealth. People who tackle procrastination using discipline, when their procrastination is due to something else.

Many self-help materials are centered on fixing effects too. Want to be confident? Look at yourself in the mirror and say that you are the best in the world! Want to be motivated about a task? Tell yourself that you love doing it and it’s good for you! Want to overcome procrastination? Just do it!

It’s understandable why people are inclined to deal with effects. Effects are what’s most immediately observable, so it’s easy to act on them. Upon doing so, you see an instantaneous change — an impression that you have progressed in your goals. On the other hand, trying to uncover root causes can be tedious, complicated, and at times, scary — to the extent where people run away when they realize the problems that are underneath. Some people may not even know how to go about uncovering their root causes.

When you keep working on your problems by working on the effects, you might get some results, but they are limited. Just like clearing weed using a mower, more weed will continue to grow since the roots are still there.

Meaning, if you have low self-confidence, you can make yourself feel good for a period of time by using NLP techniques like positive self-talk. However, these are just external actions that sustain a temporary state of confidence as I’ve shared in my article How to Increase Your Self-Confidence. Efficacious as they give an instant boost, but not sustainable. Once you stop imposing the external actions, your low-confidence will start seeping through.

If you are a poor person who strikes lottery and gets $1 million dollars, you may be rich for a period of time. However, if you don’t have the consciousness of a rich person with good financial habits and common sense, you won’t be able to maintain that wealth for long. Once you finish spending the money, you’ll be back to your previous state of worth. This has happened to many past lottery winners.

There is always a reason why things happen — more so than you may realize. It can be recurring life issues like why you keep attracting the wrong relationship partners, why you always seem to have irresponsible and incompetent people as colleagues, or why you’re low in self-confidence, to subtler things like why you’re always late, why you emotional eat, why you lack motivation, or why you have certain character traits like impatience. Part of the journey of personal growth is to be aware of the inter-connectedness of everything in your life, from your past to what’s around you to yourself.

Building self-confidence is a frequent goal that my clients seek coaching on. One of my past clients had an issue of low self-confidence, which affected her in her everyday life and work. Because of her low confidence, she was afraid to branch out to pursue her own dreams too.

When we first started, she had the impression that her low confidence was just something ingrained in her. However, as I mentioned earlier in the article, everything in life is an effect of something else. There is a reason behind everything. If you understand what’s the root cause, you can address the effect.

So we started drilling down to the cause. We looked at why she felt low in confidence, when she started feeling this way, and what happened that led to that. We found out that her low confidence could be traced back to an incident that happened when she was a kid. Basically she didn’t perform well in her exams, resulting in discrimination by her teacher. She was subsequently downgraded to another class as her results didn’t meet expectations. This one incident dealt a huge blow to her self worth, especially in Singapore which is a grades-obsessed society — it made her conclude that she was not good enough because she did not perform. Based on this one conclusion, it went on to create even more incidences where she felt that she was indeed not good enough, thus becoming a self-fulfilling prophecy.

With this realization, we then analyzed what happened in the situation to result in that conclusion. No sooner did we do that did it become clear that her conclusion was flawed. Firstly, the exam was just an assessment of her ability to answer a set of questions at that moment in time. It did not represent her full capabilities and abilities, and should not be used as a gauge of her real worth. Secondly and most importantly, one’s self-worth is infinite and whole. There should be no prerequisite — such as attaining a certain grade, wealth, property, or possession — to be at a level of worth. The only reason why many people think this way is because society has taught us to associate one’s worth with these things. But this isn’t true. I’ve talked about this at length in How to Increase Your Self-Confidence.

With this flawed belief rectified, we were able to work on the other steps to increase her self-confidence. She since went on to pursue her ideal career and her relationship with her husband, and it has been a very exciting journey. :)

How to Identify The Root Cause

So finding the root cause is important. How exactly do you uncover it then?

Before you try to do this, realize that it’s not just one effect and one cause. It’s many effects, many causes, and one root cause (or a few, depending on the situation).

Meaning it’s not: Effect → Cause.

Obviously, the best case scenario is to dig out the root cause of every effect to create the maximum change. However, this can be difficult especially since it involves drilling really deep into the problem, being aware of all possible cause and effects extending between reality and our minds, and (often times) digging into the subconsciousness. These depend on your current level of consciousness. The higher your consciousness, the more you can trace your thoughts back to the origins. With the help of an experienced and good life coach, you can also go further in your self-digging.

It’s very common to conclude a particular cause as the root cause, especially if you’re not clear on what makes up the entire spectrum of cause and effect. Sometimes you may simply run into a dead end because you can’t think of any preceding cause. The best thing you should do is to dig as much as you can (using my brain dumping exercise) and identify the most fundamental cause. Then, act on it. Just doing this can help you create huge change. Over time, as you become more aware, the other causes (if any) will become more obvious to you.

Here are some helpful ways to find causes / root causes:

Of course, it may be a little mind boggling to dig into the reason behind everything, so I recommend to start off with problems you’re currently facing. What are some obstacles you’re facing in your goals? What are some negative patterns or bad habits or problems you want to address? Pick one, then dig into it. Find out the root cause. Once you do so, you can change the effect instead of facing the same problem again and again.

When you focus on finding the root cause, you’ll gain higher self-awareness and self-mastery. You’ll begin to see the cause-and-effect link in many situations. And you’ll begin to create big changes in your life, rather than being stuck in patterns and effects. :)

Be sure to read:

How I Began to Love My Body, Part 3: Overcoming My Body Hate

101 Inspiring Quotes of All Time, Part 1 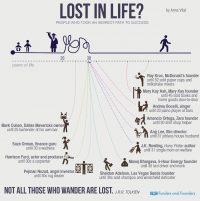