How to Be More Accepting of Others 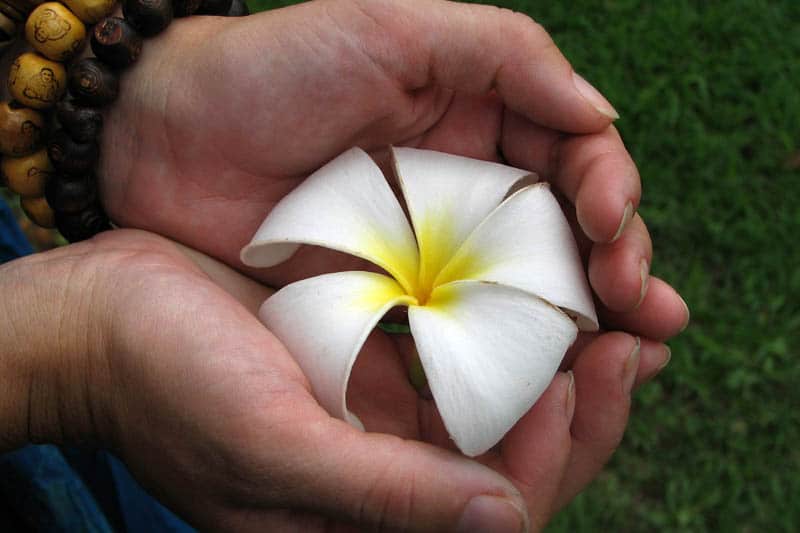 “Hi Celes, do you have any tips to be more accepting of people’s traits and behaviour? If someone does something I don’t like, I immediately harbor dislike and refuse to engage or connect further and sincerely with them. Please help!” – Meli

Hi Meli! I used to be very unaccepting of others. Whenever someone did something that I couldn’t tolerate, I’d form a critical judgment of them. For example, if someone was tardy with his/her work, I would think poorly of his/her work ethic. If someone was negative about life, I would try to shut him/her out of my life, since he/she would drain my energy.

This approach was fine, except that it didn’t help me to grow. I would form rigid judgments of others, feel frustrated with their lackluster traits, try to interact with them as little as possible, occasionally lament about them to my friends, while continuing on with my life. They would continue to be the way they were, while I remained the way I was. Nothing would change about the relationship.

The result was eye-opening. I realized was that my annoyances with others reflect (a) hang ups I have that have yet to be resolved (b) opportunities for me to grow.

For example, I used to be quite annoyed at a friend who was quite the energy vampire. She had a doom and gloom outlook on life, often thinking the worst out of things. I felt she was a negative drain and disliked spending time with her.

When I reflected this annoyance onto myself though, I realized I was no better myself. I realized I often complained about things, even if it was just temporary and I was only doing that to air my grievances, after which I planned to act on them. I realized I was often more critical than nurturing of people (see Trait #70 of 101 Ways To Be a Better Person). I realized I would often take note of  the negative aspects of a situation than embrace the positives.

It was a real eye opener – I never realized I was such a negative person. Clearly, I was in no position to criticize others of being negative if I was being negative myself. I had to work on this first before doing anything else.

So after realizing this, I took action to become more positive. I focused more on the positives of I was in than the negatives. Whenever I felt like complaining about something, I would focus on the positives in the situation. If I ever felt annoyed that someone was being negative, I would reflect it back on myself to see if there was anything I was being negative about, after which I would work on that. Truth be told, accusing others of being negative is in itself a negative act anyway. The only reason why others come across as negative is because we negatively defined them as such.

With the series of actions, I naturally stopped being disturbed by my energy vampire friend. In fact today, I don’t really see her as negative – I just see how she is as a natural consequence of her upbringing and life experiences. It was quite an interesting shift.

While some may think this is just some psychological mind-warp or self-fulfilling prophecy, it isn’t. It’s easy to understand how this works.

Our perception of the reality is based on our beliefs. Our beliefs are the lens we see the world. When we wear an orange lens, everything would have a tint of orange. Whatever bit of orange that’s out there would become magnified. On the other hand, even if there’s no orange in some places, we would see orange in them, because that’s the base color of our lens.

So let’s say if we have a desire to be more hardworking but are not working on that, we would tend to notice people who are lazy and feel frustrated at them. The fact is, we are just feeling frustrated at ourselves for skiving around when we should be working harder. Our annoyance at others is a reflection of our annoyance with ourselves.

The cue then is to get our act together and put more effort into what we do. This is my first recommended approach – #1) Reflect the annoyance into yourself, and work on becoming better in that area in your life. I’ve detailed it in 30BBM – Day 22 Task: Mirror an Annoyance.

Or say, we have an unresolved issue from childhood, where our parents were oppressive in the way they brought us up. This led us to a lot of pent up emotions, leading to aversion toward oppression in life. Hence, whenever we come across people who impose themselves on us, we’d feel annoyed – because it triggers those unresolved issues.

The way to permanently resolve this would be to address the unresolved issues. This is my second recommended approach – #2) Dig into the annoyance to get to the root of your grievances. I’ve written about it in my answer to yesterday’s question: Ask Celes – Is It Possible To Let Go of Unhappy Past Forever?.

The above 2 approaches work in dealing with any people you may dislike – be it dishonest people, hypocritical people, emotionally stingy people, ungenerous people, inefficient people, rude people, negative people, critical people, and so on.

The more you resolve your annoyances from within, the more accepting you’ll be with other people, the more you’ll be in peace with yourself and the world.

10 Tips to Improve Your Body Language

How to Stop Being Sarcastic