How To Deal With Rude People

This is part 1 of my 3-part series on how to deal with rude people — including co-workers, clients, managers, and customers. 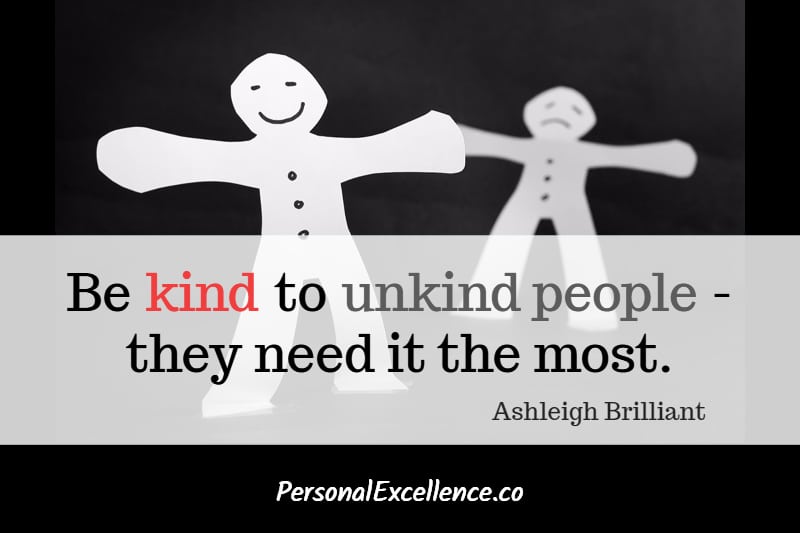 However, there are times when you don’t have the luxury of choice. Say if the person is a co-worker, a manager, a business associate, a customer, or even a service staff you need to talk to get what you want. If it’s at a workplace and you are in an entry-level position, being combative can make you lose your job or ruin advancement opportunities.

This brings to mind a rude client whom I worked with a while back (let’s call her T). T was one of the rudest people I had met. When I first met her, I was shocked by her attitude. She treated me with very little respect, like I was lesser than her as a human. She would raise her voice and lose her temper, was unsupportive with requests, talked to me dismissively, used her authority to push me around, and wouldn’t acknowledge my presence when we met in person, not even after I smiled and greeted her.

The worst thing was that her rude behavior seemed targeted at me. I had no idea why as her rudeness started from the first day we met. On the other hand, she was extremely sweet and friendly to my male staff, something that he observed as well. My guess was that her rudeness was a form of catty behavior from one woman to another, and I believe I’m not far off in my guess.

Even though I could have dropped this business opportunity, I didn’t. At that time I was just starting PE and I valued every opportunity I could get. This was no different. Even though she acted like an *sshole, I refused to balk. After all, she was more like a representative of the company than my client — I wasn’t working for her as much as I was serving the company and the participants of the workshop I was conducting. I wasn’t going to let go of a business deal and an opportunity to help others over someone like that. Not at all.

In the end, I delivered the workshop successfully, received great feedback, and used this to build my portfolio and seal new deals.

How many of you have faced such a situation before? Perhaps not with a client, but a rude, disrespectful person/ co-worker/ manager/ customer, or even a stranger?

If yes, I hear you. Many of my clients have shared with me unpleasant encounters with terrible, rude people, so you’re not alone.

Learn to Deal with Rude People

Honestly, I wish there isn’t any rude people in the world. If everyone is kind and helpful to each other, the world would be a much better place. One of my goals at PE is to raise the consciousness of the world. To bring people up from the lower levels of hate, anger, and apathy to the higher levels of love, courage, and joy. When that happens, I believe there’ll be less angry people and more caring souls.

However, there is still a long way for us to go. Until everyone is vibrating at the state of joy, we need to learn to deal with rude people as a fact of life. I know people who quit their jobs each time they face a rude manager / colleagues, and guess what? It doesn’t solve the problem. They subsequently run into the same situation in their next workplace, after which they do the same thing — quit.

In the end these people become serial job hoppers. Nothing changes as they still have to face rude people, and they back themselves into a career dead end, having burned bridges from their past jobs and a shaky job record. It’s clearly not a solution.

So how do we deal with rude people? Here is my guide to do so: 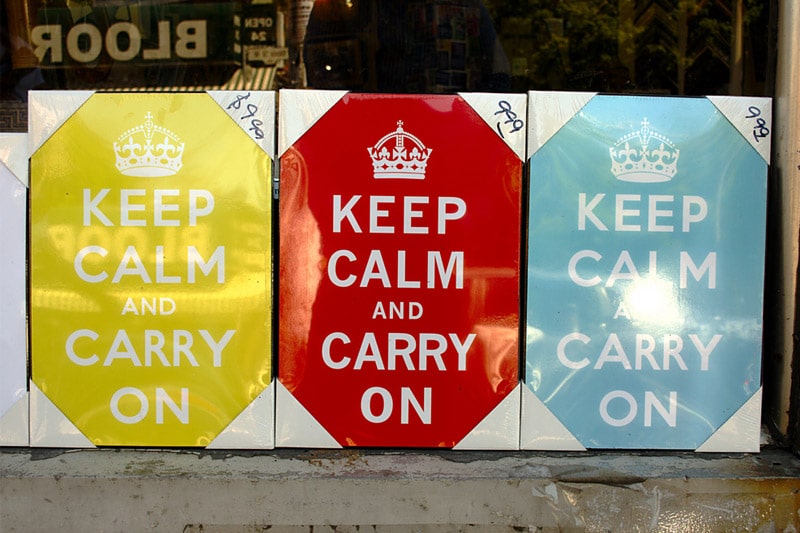 The tricky thing about dealing with rude people is that you may feel like boxing their faces sometimes, especially if the person is being very obnoxious and demeaning.

But I’ve found that while it may be momentarily satisfying to lash out in a moment’s anger, it’s often not worth it. Firstly, when you lose your cool, you lose control of the situation. You may feel like you’re in power, but you are no longer operating at a high level of consciousness, which means that you are no longer thinking rationally.

Next, when you lash out at someone, you may say or do something that you will regret later — something I know I’ve been guilty of. People who are emotional tend to say the wrong things as they are on an adrenaline rush; even if they regret what they did later, it’s too late as what’s said or done can be hard to retract. And sometimes there are things that, when said and done, can be very difficult to fix.

So no matter how angry you are, get a hold of yourself first. Consider these:

Take a deep breath and imagine anger being released as steam from the top of your head. Sounds funny, but it works. :) If it’s an email, hold off on replying first and let it sit in your head for a while. If it’s a phone conversation or an in-person encounter, set aside your anger and reply as rationally as you can. You can vent later when you are with friends and family, but don’t go berserk in front of this person.

Note that there is a difference between consciously losing anger to achieve a strategic aim (which is a strategy used in business negotiations and staff management) and losing anger because you’ve lost control of the situation. The latter is what we want to avoid.

Yet when I take a step back and stop the self-beating cycle, I realize that it’s not about me. Perhaps that person had a bad day. Perhaps the person has an attitude problem. Perhaps the person has anger issues. Even if the person is specifically being rude to you, like T was to me, that person probably has some personal hangups that got fired off when he/she met you. For example, perhaps T is catty towards women because she sees them as competition, and I was merely one of many women she had mistreated.

Either way, it’s that person’s personal construct, beliefs, values, conditioning, and past experiences that made him/her act this way towards you. Assuming that you did nothing to trigger this negativity, like you were not deliberately trying to step on his/her toes, his/her rudeness is really more about his/her story and personal issues than you. So don’t fault or blame yourself. There is nothing wrong with you so please don’t beat yourself down. ♥

3) Confront if necessary. Otherwise, stay away.

Why so? It’s not because I condone rudeness — I don’t. It’s more that there are pros and cons to every action, and while it’s tempting to call out someone on their rudeness and put them in their place, I’ve found that it doesn’t achieve anything sometimes. In fact, sometimes it creates more harm than if you just let it pass.

For example with my experience with T, I didn’t call her out on her ridiculous behavior because it wasn’t worth it to me.

First of all, she was a senior ranking staff in her late 30s, while I was just in my mid-20s then. Given her age and rank, she really should have known better. The fact that she acted that way meant that she intentionally wanted to be rude, and hence wouldn’t have cared what I had to say.

Secondly, we were in a client-provider relationship. As the person in charge, she could have dismissed me if I gave her the slightest reason to — and as I mentioned above, the project was important to me. I wasn’t there to serve her but the company and the participants of the workshop I was conducting. Even if she couldn’t, she probably would have made things even more difficult for me, and I didn’t want to get more trouble.

If you’re in a situation with little bargaining power, confronting is not be your best option. Say if you are a working level employee in a large corporation. Or if you are a front-line staff working in a hotel, restaurant, shop, or call center. Or if you’re an account executive managing client accounts.

This doesn’t mean that you should stomach insults or inhumane behavior. If someone gets personal and crosses the line in terms of basic human respect, escalate it to your managers. Document the incident(s) and let them handle it. If you are a customer, file a formal complaint if the staff was extremely rude to you.

Some people are just rude. Maybe they don’t realize how rude and unpleasant their behavior is — it’s their blind spot. Maybe they are aware but they just like to boss others around. Maybe they just enjoy being *ssholes.

Realize that you can’t change others. If you keep hoping that the rude person in question will have a sudden change of heart, you will be disappointed half the time. You can change your actions which may change his/her behavior, but don’t change yourself expecting him/her to change.

For example, in the first few times I interfaced with T, I thought that if I was nicer or acted in a different way, she would stop being so rude. However, no matter how I treated her, she would run me over like a lawn mower. I would feel really pissed and demoralized after each conversation.

When I reflected on the situation, I realized it was because I had altered my behavior when interacting with her by being especially respectful and nice to her, thinking that she would reciprocate with the same kindness and attitude. I was also attached to this expectation. Hence when she continued to treat me poorly, I would feel that it was my fault.

Needless to say, this thinking was unhealthy.

I’m not saying that you shouldn’t try different ways to improve your relationship with the rude person. I’m saying that you should not do so expecting to receive a different treatment from him/her. By not having expectations, it makes it easier for you to manage the situation. Imagine that this rude person is never going to change his/her behavior, ever. How are you going to handle him/her? What are you going to do about his/her rudeness?

This is part 1 of my 3-part series on how to deal with rude people — including co-workers, clients, managers, and customers.

The Story of Bullshit

Ashley Madison: Why Cheating Is Not The Solution

Two Important Things that Led Me to Discover My Real Purpose

How To Comfort Someone When Their Life Will End Soon