How To Deal With Friends/Relatives Who Borrow Money 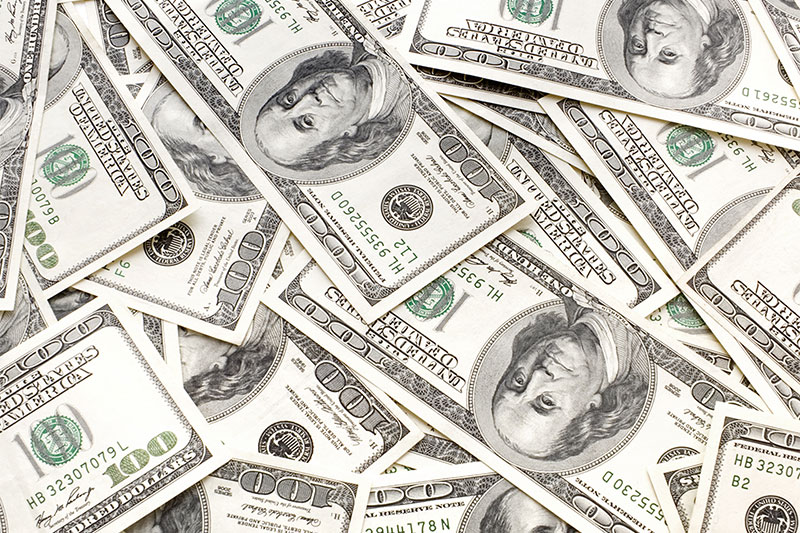 “How do you deal with friends borrowing money? I lent money to a friend last January but he hasn’t paid up. I am usually strict with money matters but I made an exception for him as I knew he really needed the money. Recently, another friend is requesting me to loan him some money as well.

I feel like this has put me in a place that I dont want to be — I’m becoming quite judgmental of my friends (who are asking me to lend them money), especially when I hear what they have been spending on.” — Len

Hi Len, your situation reminds me of a similar past experience when I loaned money to a friend.

In my case, my friend needed money for a personal emergency as well. Given that he was a good friend and I’m not one to leave friends in the lurch, I agreed to loan him the money—not once, but a few times.

However, despite the seeming emergency which was a big reason why I even agreed to loan the money in the first place, I later realized that he was fairly extravagant in his lifestyle, despite owing me money. For example, he would dine at restaurants rather than food centers which are more budget-friendly. He would regularly buy new things for himself and others. Normally what someone does in their own time is none of my business, but in this case he had been repeatedly deferring his repayment to me, with the reason being that he didn’t have enough money. He would say that he would return on Date A and then not follow up; and then he would commit to a different Date B and not follow up again. Each time I had to follow up myself but get a delayed response, which would always be negative, in that he would say that he couldn’t pay up.

At that time I didn’t understand how one could have the money to make such extravagant expenditures (in relative terms—I personally rarely eat at restaurants because they are just costlier, and I rarely ever buy things for myself) but not have money to repay me. Personally, if I were to owe someone money, I would make returning the money my top-most priority, even scrimping, saving, and eating bread for my main meals. That’s because when someone loans money, I consider this an act of goodwill, and I would never want to betray this trust. As much as I hated to think this, it just felt like this friend wasn’t serious about returning the money at all.

After several attempts of trying to get my money back to no avail, I eventually gave up and considered this a sunk cost. It also didn’t help that my dad kept reprimanding me for loaning the money out, since he himself had loaned money to someone before (a large sum) and never got the money back.

Just when I resigned to never getting my money back, my friend finally returned the money to me one day. I was pleasantly surprised, relieved, and thankful that he lived up to his word, but this episode also tainted my impression of him. After that, I just became more evaluative about lending money to people in general.

How To Deal With Friends Borrowing Money

I share this to let you know that money matters can often change the dynamics of a relationship—friendships included. While I did get my money back, I know people who have loaned money to others, close friends/relatives in fact, who never got the money thereafter. Some folks even disappeared off the face of the earth after receiving the money.

Here is a simple 3-step guide to deal with situations where friends (or people in general) ask to borrow money from you.

If you have a friend asking to borrow money, whether you want to lend him/her the money depends on four factors:

If your answers for all four criteria are in favor of you loaning to him/her, then go ahead and loan the money.

However, if one or more criteria isn’t fulfilled, you might want to consider if the importance of helping this person outweighs those factors. You should only proceed with the loan if you are okay with loaning, and not because you feel morally obligated to do so or because you feel it is the right thing to do. This is your money we are talking about. Do it because you want to, not because you feel like you have to.

B. How Much To Loan?

You don’t have to loan the full amount the person requests. It depends on your personal financial needs and your relationship with this person. Only loan the amount you feel comfortable with loaning. Never ever let someone guilt you into lending money or more money; it’s your choice on whether you want to lend and if yes, how much you want to lend.

Before (not after) you loan the money, get clarity on the repayment plan:

Side Advice: Don’t Butt Yourself in the Person’s Life and Financial Habits

This is something I have learned from my experience loaning money. It’s easy to want to judge the person’s financial practices and expenditures after loaning him/her the money because technically, some of the money in his/her possession is yours.

However, it is not your place to judge them, because that’s the person’s choice and way of life. Your job is just to ensure he/she repays you according to the repayment plan. Lending him/her the money doesn’t automatically make you the boss of his/her life. In fact, trying to butt into how he/she lives his/her life is probably the surest way to make the relationship go downhill.

What If Someone Doesn’t Repay You In Time?

If the person doesn’t repay you duly, then confront him/her about the repayment and hold him/her accountable to what he/she borrowed. However, don’t drag his/her financial habits and personal expenditures into the picture. Give him/her a chance to sort things out on his/her own, in his/her space.

If it’s evident that the person has poor money management practices that’s making him/her unable to repay you on time repeatedly, then find a way to provide feedback on his/her financial habits without making the situation personal.

Focus on the situation (e.g. “It was agreed that you would repay $X by Y date but you have not done so yet.”), not on him/her as a person (e.g. “How can you be so irresponsible with money matters?”). Work on achieving a common solution (e.g. “Can we work out a new repayment plan which you will be able to meet this time?” or “Can I share some advice on better money management?”) rather than blaming the other party.

Read: How to Give Constructive Criticism in 6 Steps

What If the Person “Ran” Away?

If the person scooted with your money, then… I’m sorry for your predicament. And seriously, shame on him/her.

Don’t feel bad for lending the money to him/her, because you did it out of goodwill. It’s his/her folly and dishonor for running away with your money like that and betraying your trust in him/her.

Do think about the lessons you can learn from this experience though. Were there any signs that this person was not trustworthy? Could you have been more thorough in your assessment before agreeing to loan the money to him/her? Was there anything you could have done to hold him/her accountable to the repayment? How can you grow from this experience?

You might want to be more cautious before loaning money to other people next time, especially large sums of money. Don’t lend large sums at one go, unless you are really close to the person and you know the money is being used for legit reasons, such as emergency hospital bills.

Don’t let this bad experience scar your views on friendship and on loaning money though. There are still good people out there and there are people who genuinely need to borrow money for emergency reasons and will do whatever it takes to honor their repayment plan after receiving the money. One bag egg does not mean everything in the basket is bad.

For Those of You Who Have Borrowed Money

For those of you who are borrowing or have borrowed money from others, repay them in a timely manner. In fact, repay them as early as you can, rather than only on the agreed upon date.

Know that your friends/relatives took the leap of faith and lent you money where others probably wouldn’t, so you don’t want to let them down. Live up to their faith in you and be reliable on all counts. Be prudent in your expenditures and hold off any extravagant expenditures until you have repaid everyone in full.

When in doubt, simply ask, “Do I need to buy this? Is this a need, or is it simply a want?” If it is a want, then hold off spending that money. Put yourself in the lender’s shoes—how would you feel if the person knew that you spent your money on something when you could have saved it and returned that money to him/her? This will make it easier for you to manage your finances more prudently.

I hope my response helped! :) Money can often change the dynamics of a relationship, especially in an Asian culture, so think carefully before lending money. Personally I would be very careful about lending money to someone with a history of bad money habits and an extravagant lifestyle, and especially someone who has shown him/herself to be unreliable. I would, however, pull no stops in lending money to a loved one to tide them through a tough spot. Think carefully using the guiding points above, and good luck! :)

Why I Parted Ways With My Best Friend of 10 Years

How To Make a Good First Impression in 15 Minutes