This is part 1 of my 6-part series on emotional eating, the perversion of food in our society today, and how to overcome it. 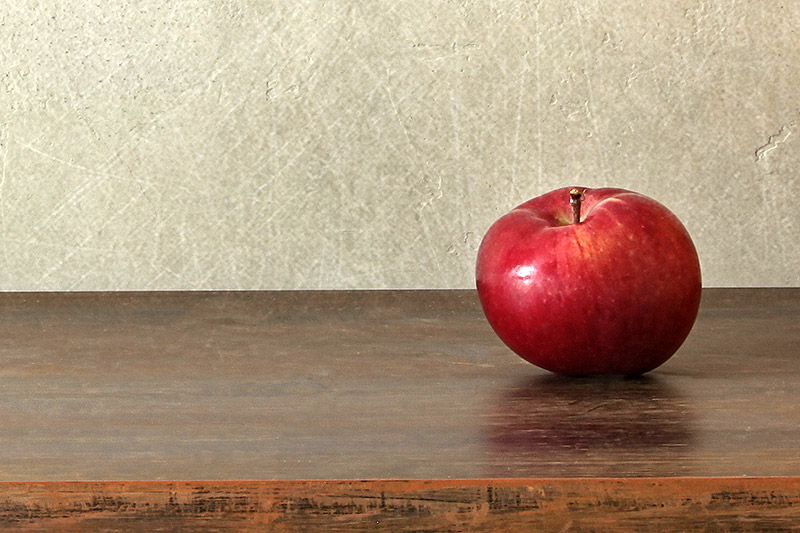 How would you describe your relationship with food?

I would describe mine as a highly unhealthy one. For a very long time up until recently, I had the worst possible relationship one could ever have with food.

My Journey with Emotional Eating

For the longest time, I was very, very heavy emotional eater. I would eat based on my emotions (be it happy, sad, or boredom), not physical hunger. While not a definite consequence, it resulted in my tendency to overeat compulsively, also known as bingeing.

My emotional eating issues formed when I was a kid, as a result of societal conditioning, media conditioning, and the way food was used as a proxy for love in my family. I grew up, heavily tangled in a series of warped beliefs surrounding myself, food, eating, and last but not least, love.

In my teenage years, up till very recently, I would constantly eat out of self-hate, low self-worth, (misguided) self-love, and self-enforced pressure. I was engulfed in a deep, painful struggle with food and eating, to say the least. The past 10 years of my life has been one where I descended in a long, downward spiral of darkness and misery due to my emotional eating condition.

In the later years of the struggle, as I dipped into the darkest pits of emotional eating imaginable, I bore a quiet hope that I would one day be free from this entanglement with food. That I could just get food and eating out of my mind, and rebuild my diet and health on a clean slate. That I would have a completely healthy relationship with food, where I would only eat as and when I needed to.

Today, I’m glad to have resolve a big chunk of my emotional eating issues. I no longer go through the cycle of limiting my food intake, then binge, limiting my food intake, then binge. I no longer eat to feed emotions – instead, I eat to feed my body, as and when it needs me too. I no longer eat based on external cues, but rather, my eating is based on the hunger cues of my body. I no longer have maniacal, uncontrollable frenzies or cravings surrounding food – all of which, in retrospect, were the result of having a poor relationship with food. Today I look at food, and it’s something which I have a perfectly neutral, healthy relationship with.

This new 6-part series on emotional eating shares (1) my struggle with food and eating (2) how I worked through my emotional eating issues, one by one and (3) how you can gain salvation from it, as long as you set the intention to do so.

If you are an emotional eater, I want to let you know that no matter how bad things may seem, you *can* break out of this seemingly unresolvable mess. It *is* possible for you to bid goodbye to any twisted relationship you have with food today *and* attain a completely healthy relationship with it, if you want to. But you have to first acknowledge you *do* have an emotional eating issue, because until you do, you will keep going back-and-forth in a mental battle with food.

If you are not an emotional eater but you know someone who *might* be, please share this guide with him/her, because it may well be the missing link he/she needs to put an end to his/her problem.

This is my story with food, eating, and at the end of it all, myself.

Growing Up – Food as a Symbol of Love 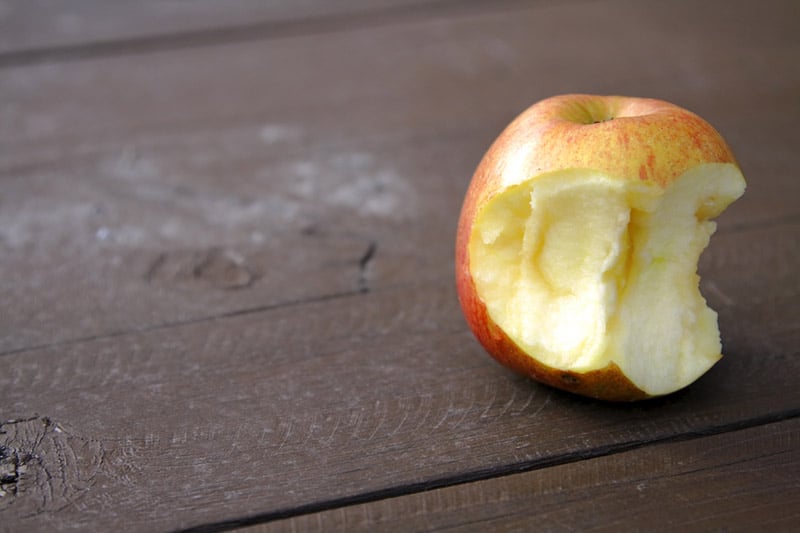 For as long as I knew, I would eat to fill myself emotionally, rather than driven by physical need.

I believe it all started when I was a kid.

My parents doted on me (and my brother) immensely. They probably loved us more than they ever let on.

However, they never expressed that with words. With Asian families, love is rarely communicated verbally, but via actions, symbols, and mediums. In my series on improving your relationship with parents, I shared how verbal communication was a rarity in my family, partly due to language barriers, partly because it wasn’t the language of love.

In my family, it so happened food was that medium in which love was conveyed.

My parents would ensure my brother and I were well-fed, above all else. Eating was considered a joy. The more we ate, the better. While my parents extolled on thriftiness, they never held back when it came to spending on food. They, especially my dad, loved to buy/prepare/cook food for the family, because it made them feel they were fulfilling their duties as parents.

Thinking back, their valuation of food was probably due to its scarcity during their time. My parents were born in the 1950s. It was the post war times, when the (Singapore) society was not as affluent as it is today. They often spoke of tough times they had growing up.

For example, my mom grew up in a household with 7 children. There were many mouths to feed and not enough food to go around. There would be times when she would go without food, because the needs of the males (her brothers) took precedence over the females. To be fed was a joy; To be overfed was a luxury. 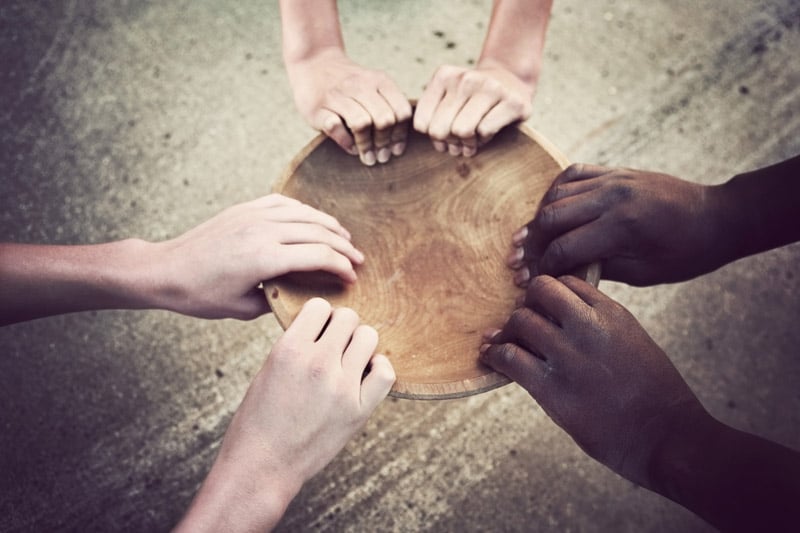 My parents also recognized that while we were living in a first world country (Singapore), there were hundred millions of people around the world stricken with poverty and famine. Hunger and starvation were real issues plaguing a large portion of the word population. Born in the wrong time, wrong place, it could well be us going without food or water.

A Family Culture of Food; Food as a Symbol of Love

Hence, raising me (and my brother), my parents’ main concern was always food. They would express their love by checking we were fed; ensuring our breakfast/lunch/dinner were taken care of; cooking for us; buying food; stocking up the household with food.

That, was their language of love.

When it came to cooking, my parents, especially my mom, would prepare gratuitous amounts of food, much more than what was needed. For example, when cooking vermicelli, my mom had a habit of cooking a huge wok which was enough to feed 20-30 people, even though it was just the 4 of us eating. It was either we finish that or have the food go to waste. Usually we’d do the former.

During meal times, my dad would always check if I was eating fine. He would say, “Eat more” (regardless of how much I was eating). He would pile food on my plate, and refill when I was done.

If I was to ever reject their offer to buy food/cook or not eat the food they prepared, it would be as if I rejected their love. They never said that, but I would feel that way. Their face would grimace into a permanent frown, which would remain the whole day/night until I finally ate something. They would also remind me once every 10-15 minutes to eat until I ate. And when I did that, they would finally ease up, as if tension had left their body.

At night, my mom would ask us what we wanted to eat the next day, and occupy herself with breakfast, lunch and dinner plans for the family. It was the same thing the next day, every day.

During weekends mornings, my parents would go to the local market and buy a large assortment of food for breakfast. From carrot cake, to peanut pancakes, to rice cakes, to Chinese noodles, to fried dough sticks, to steamed buns, to roti prata (all popular local food), to McDonald’s, we could pick what we wanted and eat to our heart’s content, while enjoying quiet family time in the early mornings. These were the happy memories. 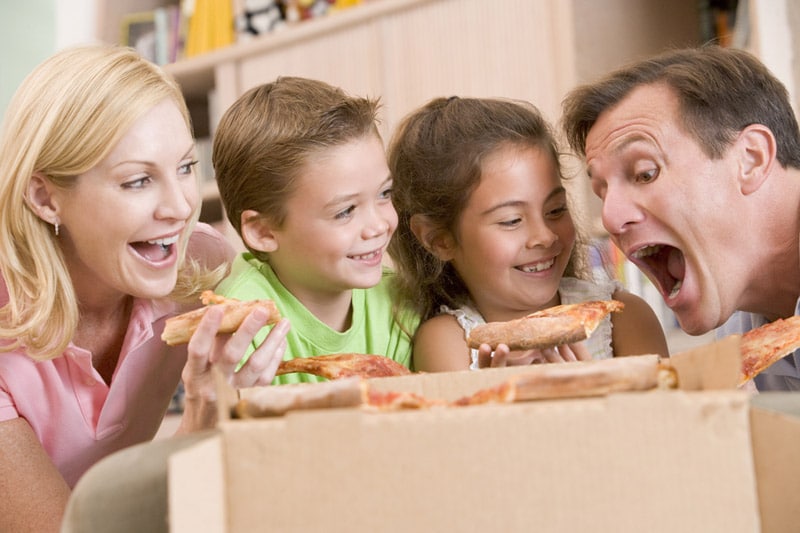 On the weekend afternoons, my parents would bring us out to IMM (a mega mart) to stock up on food supplies. My parents would ask me to pick out any food I wanted in the aisles. I remembered being very enamored by the variety of food, always wanting to grab the flavors I had not tried before. There would also be this donut kiosk with mini-donuts fried on the spot. I always loved to see the “making of” process as my parents ordered some for us.

Occasionally, we would have KFC, Pizza Hut, local Chinese cuisine and more, as special treats. Sometimes, we would eat out as a routine family outing, which was always something to look forward to.

My parents would also keep a look out for what I liked to eat, and buy more of that. For example, growing up, they knew I liked steamed buns with red bean filling, chocolate, donuts, and curry puffs. (I don’t like any of them now. Now that I’m on a healthier diet, I find these food quite disgusting.) They would go out of the way to get my favorite food. I would then eat them in happiness and gratitude.

Throughout the week, my parents would stock the household with every food imaginable from biscuits, cookies, pastries, confectionery, bread, candy, chips, chocolate, ice cream, to instant noodles, because they didn’t want me nor my brother to go hungry. It was like every child’s dream house, like the one in Hansel and Gretel.

My parents would buy every food in bulk, because they had a habit of stocking up. If ever we ran out on 1 item, my parents would immediately get more the next day or the day itself. Hence, there would always be something to eat at home, regardless of the time of the day.

The above was what I was exposed to growing up, for every day in my life. I would eat every day, as much as I wanted, as freely as I desired.

As much as my parents had the purest, absolute best intentions from their heart, these childhood activities, along with societal and media conditioning, would embed me with some highly twisted beliefs surrounding food and eating.

I would grow up with these distorted beliefs, which would layer on one another every time I undergo an experienced that affirmed them. This created a huge web of twisted, erroneous beliefs surrounding food and eating in my mind. These would later lead me to experience a large amount of pain and suffering in my early adulthood, where food and eating were concerned.

Continue on to Part 2: Deep Entanglement, where I share my deep entanglement with food as a result of my conditioning since young.

This is part 1 of my 6-part series on emotional eating, the perversion of food in our society today, and how to overcome it.

Benefits of a Good Posture (And 13 Tips to Get One)

25 Of My Best Weight Loss Tips

My Experience with Disappointment and How I Overcame It

How to Get a Six Pack, Part 2: Managing Your Lifestyle