Are You Facing Repeating Patterns in Life?

Have you watched Groundhog Day before? It’s a movie about a TV weatherman Phil (Bill Murray) who covers an event called Groundhog Day. Phil is an arrogant person and looks down on everyone.

At first everything seems normal as he travels to the place and covers the event. But then he wakes up the next day and realizes something strange: it’s the same day all over again! The worse part is, no one notices this but him! (Note: Massive spoilers ahead) 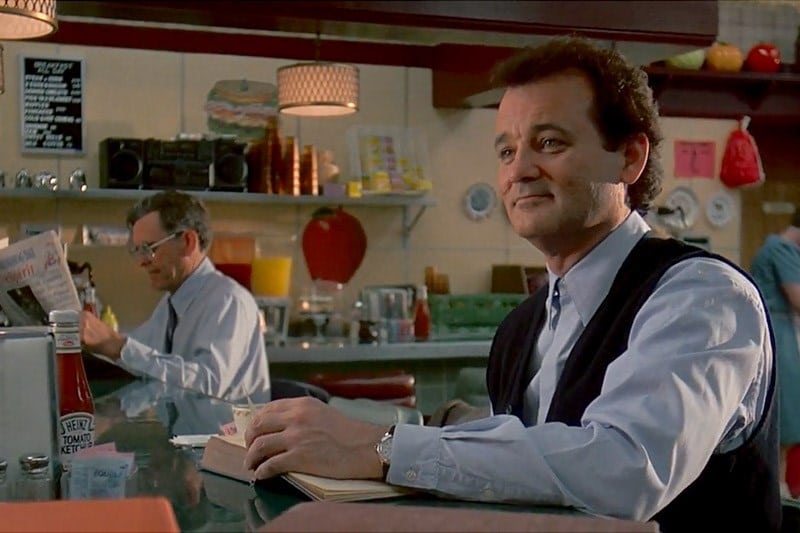 After Phil realizes that the day is repeating itself, he becomes very confused. Then frustrated.

At first, he acts more rudely to those around him. Then, he decides to have fun with it, from getting into a car chase with the police to taking advantage of women (geez), but each time waking up on the same day again. 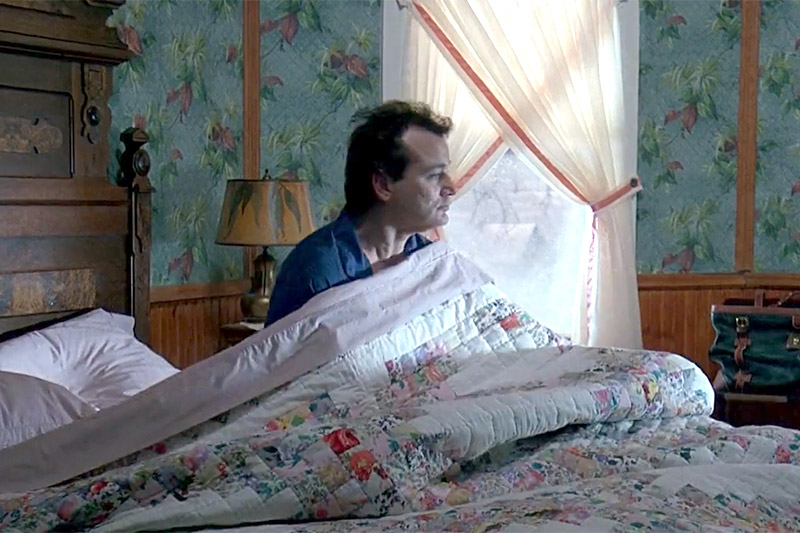 Phil, depressed at being stuck in a time loop

As reality sets in, Phil becomes very depressed. He commits suicide, but fails since the time loop resets. No matter what he does, he can’t escape this loop.

Dejected, Phil confides in someone and gets an aha. He realizes that if he’s going to be stuck in this loop, why not make the best out of it? Since he’s going to be here for presumably eternity… why not use this to make a difference?

The next day, Phil wakes up, a changed man. He starts to genuinely care about others and adopts a keen curiosity for life. While at a diner, he hears a piano piece and takes up piano classes. He goes around helping people, and thanks to the time loop, knows exactly when and where to appear to save others.

As Phil turns into a person of goodness (in turn changing the lives of others), the time loop breaks. He finds himself in a new day, finally out of the time loop.

The Negative Patterns in Our Life

While there are many messages to take away, I want to talk about the time loop specifically. While the time loop can be seen as a plot device, I see it as a metaphor for negative life patterns, where Phil’s time loop mirrors negative patterns in our life. These patterns can be anything, such as

While these patterns vary in severity (drugs is obviously more serious than procrastination), they all have a commonality: they tend to recur. We may think that the problem is gone, but it repeats after some time, hence making it a pattern. 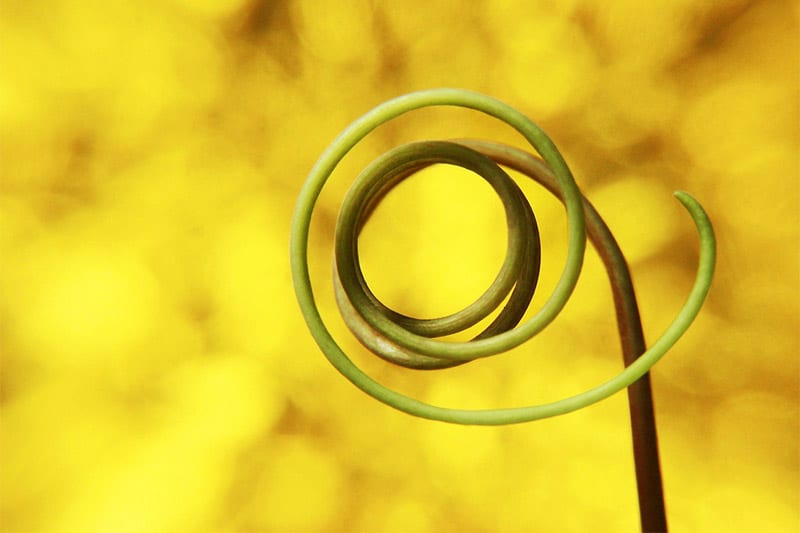 Do you know in Buddhism, there is a belief in reincarnation? Reincarnation is where a soul (consciousness) is continually reborn, be it as an animal or human, until certain lessons are learned. Rebirth then stops and the soul transcends to the next level.

Whether you believe in reincarnation or not, this concept can be applied to our negative patterns. When you see negative patterns in your life and they have happened far too many times to be a coincidence, you know something is going on. The pattern will keep repeating until you learn the life lesson associated with it, which breaks the loop.

Pattern #1: Struggles with Food and Weight

From my teens to late 20s, I had an immense issue with food and my weight. I was never overweight but I had excess weight that I wanted to lose. I would exercise and eat healthily but would always be thwarted by over-eating episodes where I would either (1) binge eat after a period of healthy eating or (2) feel discouraged after going off-track for one time and then eat excessively for the next few days (before restarting the cycle of weight loss). Exercising was never a problem; I had no issues sticking to my exercise plans. Emotional eating was my issue.

From weight loss plans to tracking sheets to fasting to mass exercising to different diets, I tried them all. For a long time, I fought the pattern of overeating and I fought it hard. There were times when I reached my ideal weight, say through rigorous discipline or fasting. But I would rebound to my previous weight after a while, driven by my eating issues. It seemed like I was cursed to struggle with weight and food my entire life, and to be stuck at a heavier weight.

After intense inner work, I realized that my enemies were not overeating, food, excess weight or my body. My issue was simply that I was pushing myself, ignoring my needs, and not loving myself. That was why I kept overeating. Food was my companion where I wasn’t to myself. To eat was to comfort myself. To eat was also to punish myself, because I didn’t feel I deserved better.

Once I addressed this issue, my negative eating patterns disappeared. From my highest weight of 65kg (143lb), I naturally reached 58+kg (128lb) and have stayed this way since. I didn’t have to push myself, fast, go on weight loss programs, or go for slimming treatments to achieve this. I just reached this weight naturally after restoring my eating patterns. 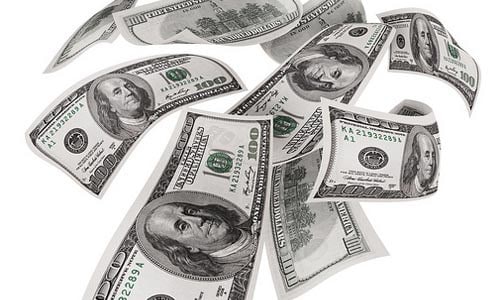 Lately I’ve been working with a client with debt issues. He is a successful business owner but is constantly in debt. He has been in debt for the past 10 years of his life.

Prior to our sessions, my client met a business coach who told him to charge more and cut off low-return clients. This was a logical business step. However, I felt the problem here was linked to an emotional root, because… it almost seemed like my client was trying to be in debt. For example, he constantly overspent without regard for his reserves. Even if he did charge more and cut off low-return clients, my guess was he would earn more but also spend more, and hence end up back in debt.

Through our sessions, we discovered 2 root causes:

The solutions were then (1) to create an exciting work routine that energizes him, and (2) to identify his real WHY to break out of debt. He discovered his WHY is to grow as a human being and create impactful products to help entrepreneurs. Being in debt wouldn’t let him achieve his purpose fully, while breaking out of it would give him full freedom to live true to his purpose.

Upon addressing these issues, my client is now naturally excited about his work. This is a sharp contrast from before where he was very frustrated and lethargic, and would overspend on vacations, trips, and expensive leisure activities to be happy. Instead of spending to fill his unhappiness, he is now intrinsically happy — which means no more overspending to get momentary gratification, and slowly clearing his debt each month. 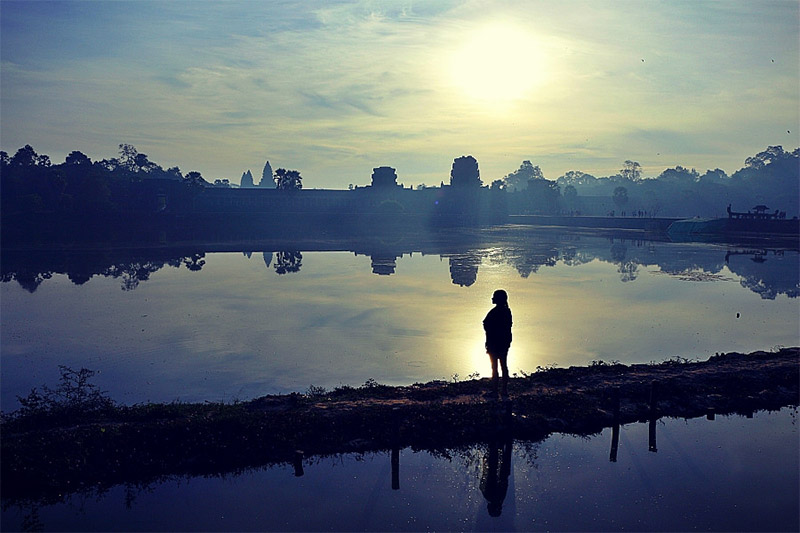 Last but not least, my client H. Recently I conducted Soulmate Journey, my course on finding love. One of the many things I did with my participants was to analyze past relationships, identify trends, and draw lessons from these trends.

With my client H who signed up for 1-1 coaching as well, we found out that she had a pattern of attracting toxic men. This wasn’t just in love — looking at her life, H had been in the company of toxic people her whole life, be it family or friendships! While her family members constantly bullied her and made her feel unwanted (they even said they “didn’t want her around”), her “friends” regularly criticized her about her weight, looks, and so on.

Through our coaching, H realized that she attracted these toxic relationships as she didn’t love herself. She subconsciously saw being bullied as a way of getting affection. This came from a very old childhood story. This was how her siblings would treat her; it was the only way she knew to get attention. Hence, H would tolerate such behavior to preserve the relationship. She also felt the need to please to be nice to everyone. But this made her very miserable.

Interestingly, as H focuses on loving herself and being her best self, she has since

The funny thing is… we didn’t even set out to achieve the above when we started. We just focused on understanding the message from her subconsciousness. This message is to love and respect herself, and to live her life without putting it on hold for others. Everything else kinda took care of itself after that.

Reflecting on your patterns

Receive these messages, internalize them, and act on them. For Phil in Groundhog Day, it took him about 10,000 years before he internalized his message to be a kinder, better human and actualized it, hence breaking the time loop. For you though, I doubt you won’t need this long. I’ve a feeling that now that you’ve read this post, you’ll know what to do, or at least start moving on a different path. :)

How To Keep Yourself Humble While Recognizing Your Worth