Earlier this month, I was in Scotland with Ken for our engagement shoots. I thought, “Since we’ll be in Scotland, why not have a readers meetup?” So that we did, in Edinburgh! :D 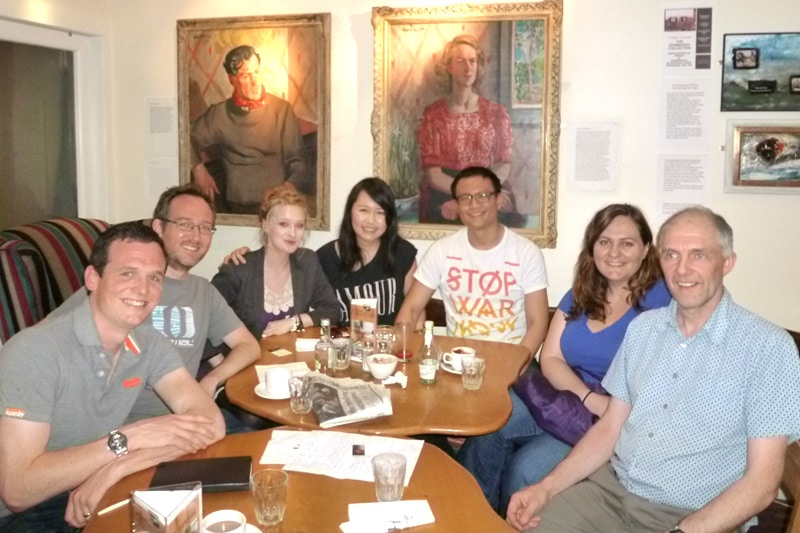 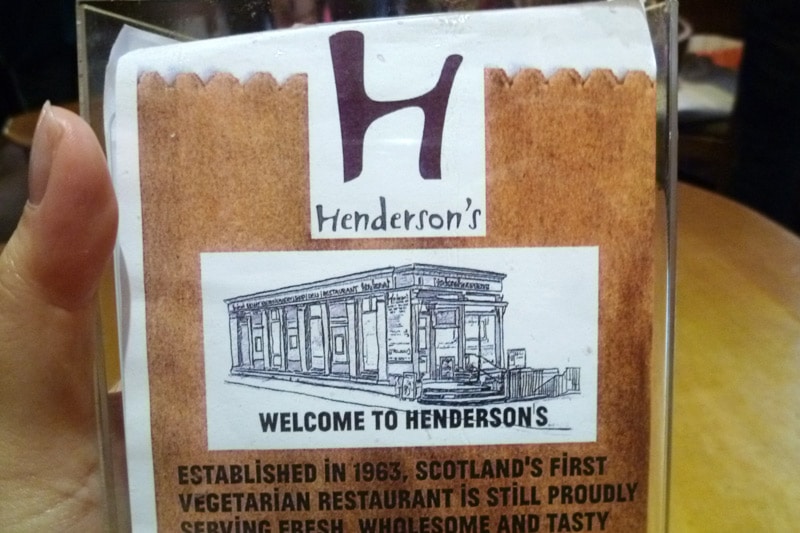 Henderson’s is located at 94 Hanover Street, which is about 12 minutes walk from Edinburgh Waverley Station. Ken and I reached Edinburgh (from Glasgow) at 3+pm, checked into our accommodation, took a quick rest, and then headed out for the meetup right after. When we arrived at the restaurant, everyone had already reached and they were chatting amongst themselves. I wanted to snap a picture before they realize I had reached, but I was too late!! 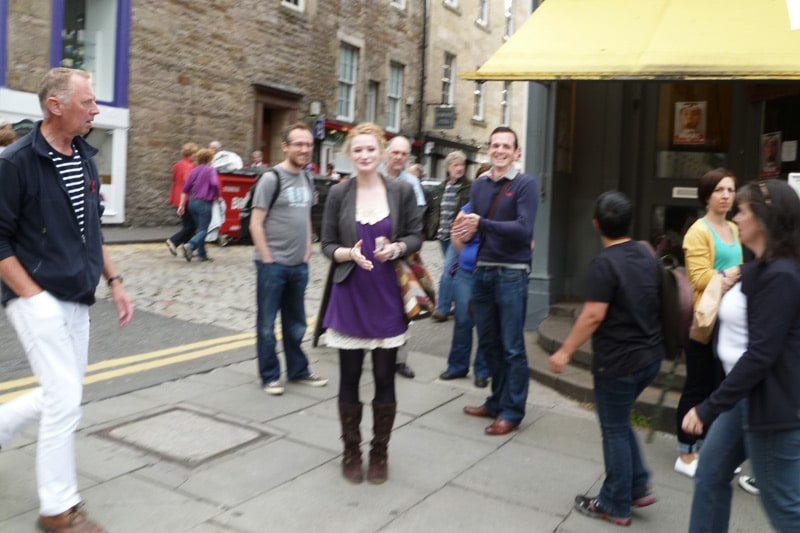 PE readers waiting for Ken and I outside Henderson’s! The beautiful girl in purple is Alice, a long-time PE reader from since 2011! (She says one of the first articles she read on PE is the fasting series!!)

Henderson’s proved to be really busy, especially since it was evening 6:30pm. We quickly grabbed our food and started the self-introductions and mingling. :D 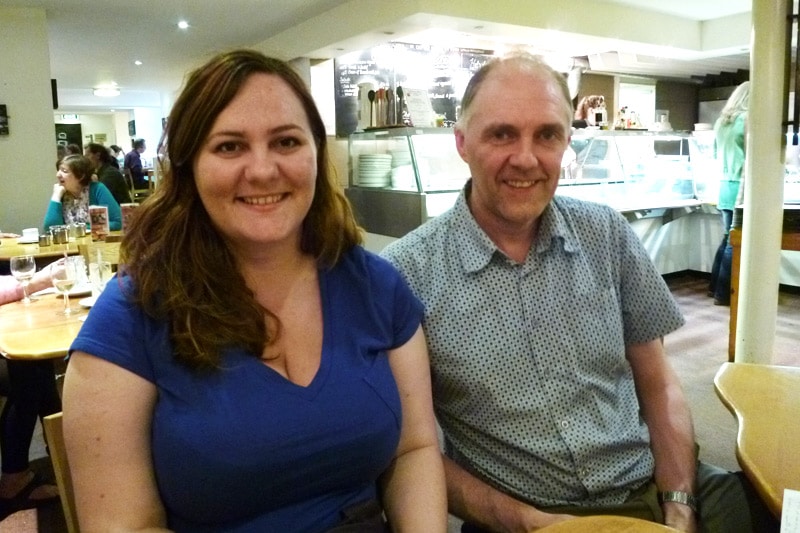 Artistic Dora and wise Stephen. Stephen has been a long-time PE reader and he invited his friend, Dora (who doesn’t know about PE), to join the meetup. I’m glad she accepted the invite because the meetup would not have been the same if she (or any of the attendees for that matter) didn’t turn up! :) 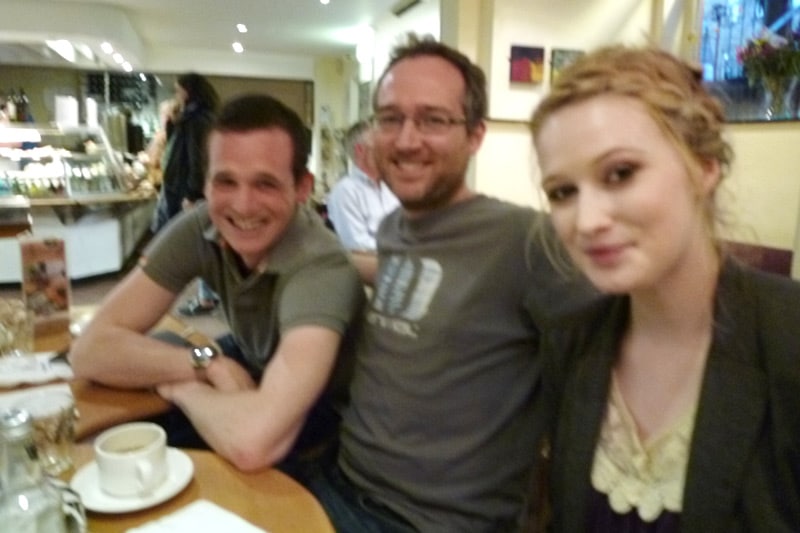 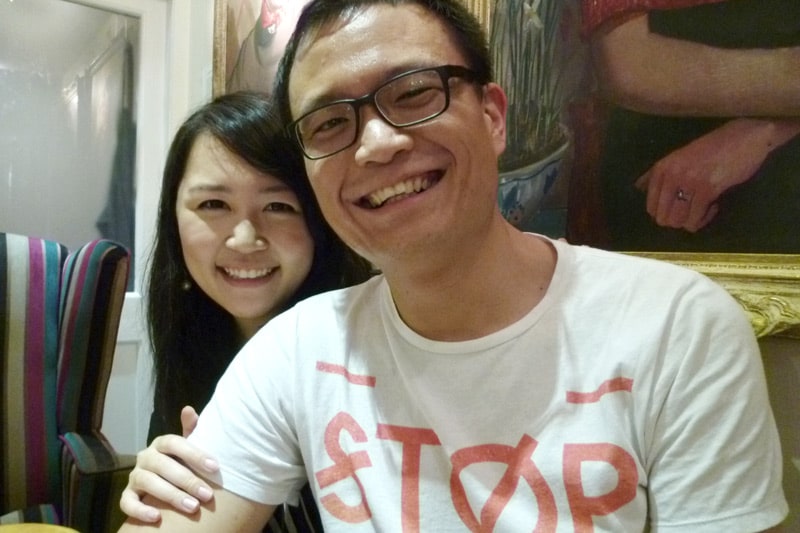 Myself with Ken. It had been a long day for us then because we were busy checking out of our Glasgow hotel, traveling from Glasgow to Edinburgh (hour-long train ride), and finally checked into our Edinburgh accommodation. But we forgot our weary once we came to the meetup! :D

We had a great time together and ended up chatting for three whole hours! We could have gone on for the entire night if not for the fact that we had places to be–Scott just had a baby (congratulations again Scott! :D ), Alice traveled into town via bus, Milo has a wife to return to, and Ken and I wanted to explore Edinburgh (it was our first day there!). 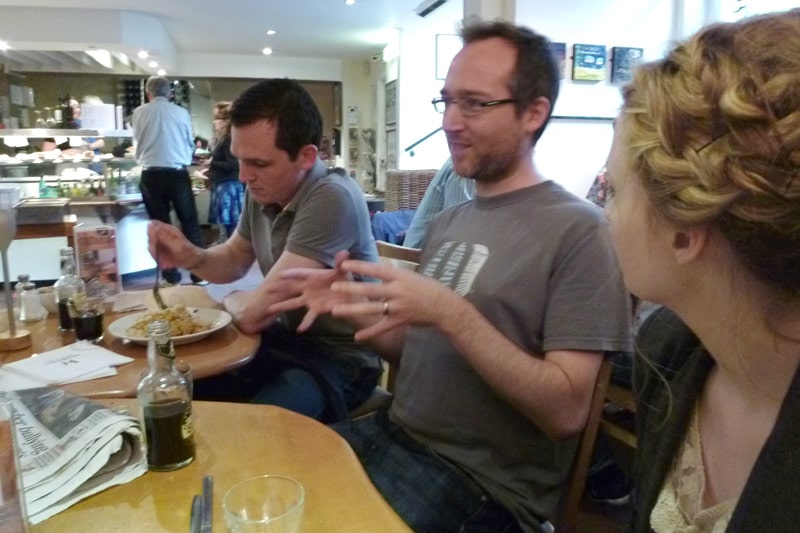 Milo in deep conversation. He was even posing some intelligent coaching questions during the meetup! Way to go, Milo! :) 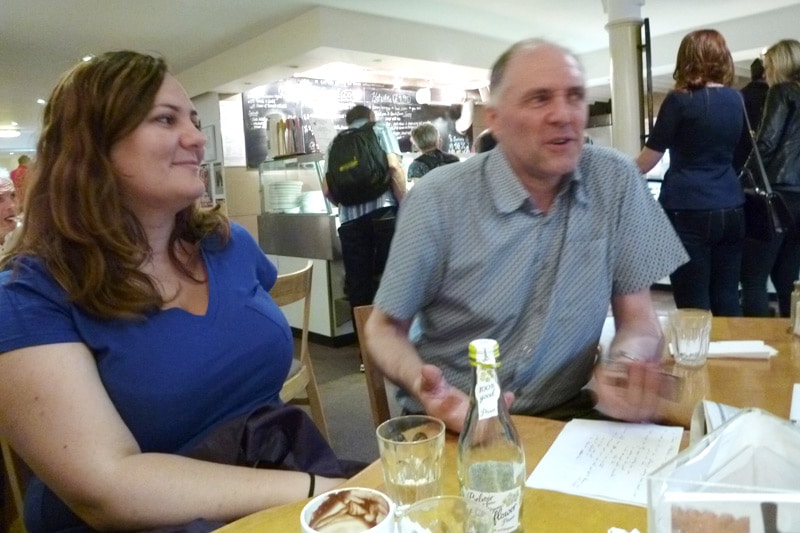 Stephen sharing his thoughts with the group

One thing I love about these meetups is that it helps connect like-minded people who have, up till that point, been living in the same city/country but yet had not crossed paths with each other yet. The PE reader meetups serve as an avenue for these amazing people to meet and stay in touch even long after the meetup is over. In a way, they help connect dots. :) 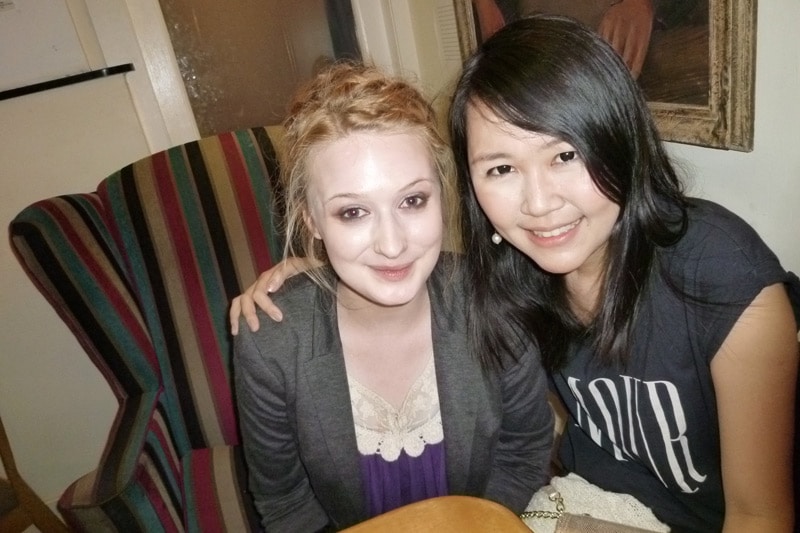 Me and sweet Alice. :) She’s such a sweet angel and cute baby in her early 20s! (That’s already seven years ago for me!) Alice is so kind and sincere–she actually took the liberty to send me a long email to introduce me to Scotland (plus even offered to show me around Edinburgh, where she lives) when I posted my Scotland announcement. She just started taking her masters and I wish her nothing but the best in this new phase of her life! :)

A group shot at the table 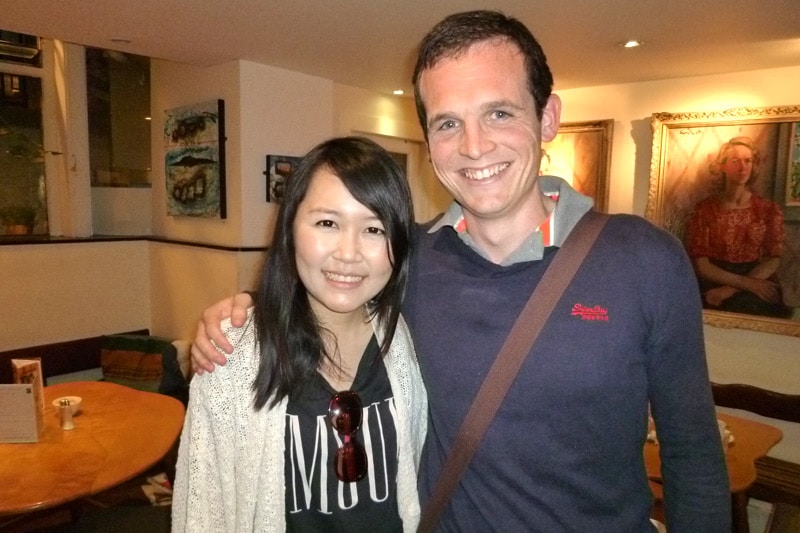 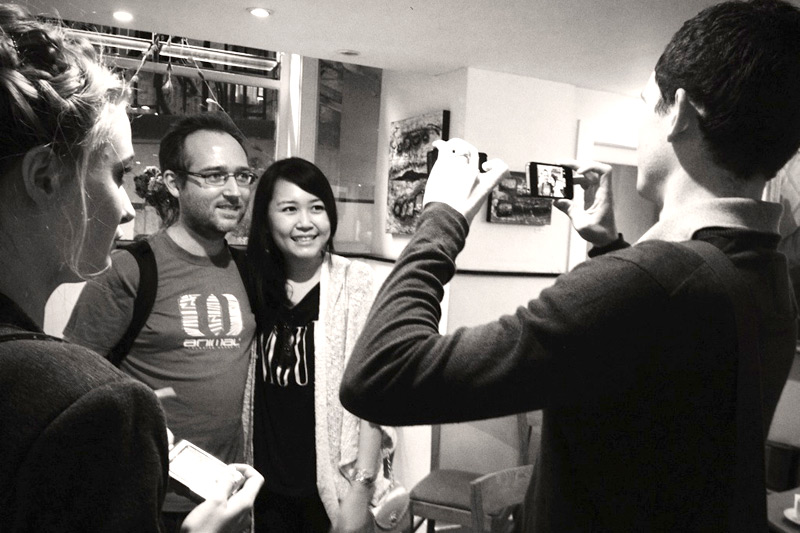 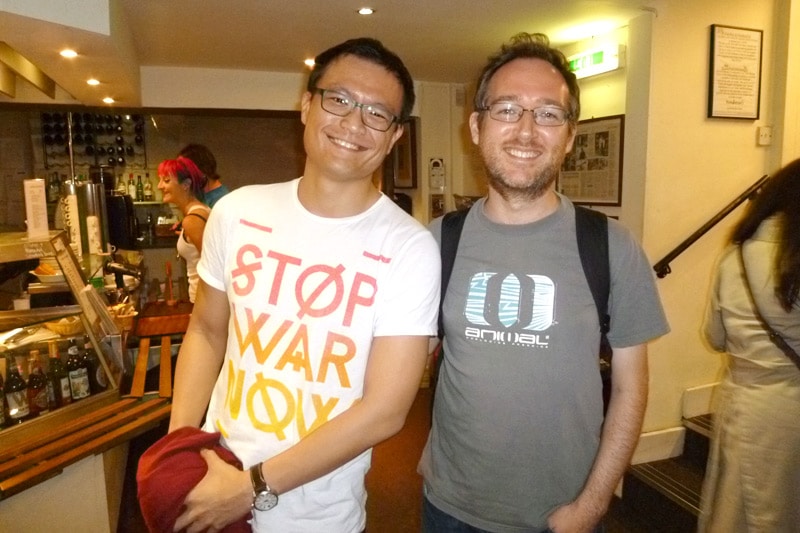 Ken and Milo posing for a final shot 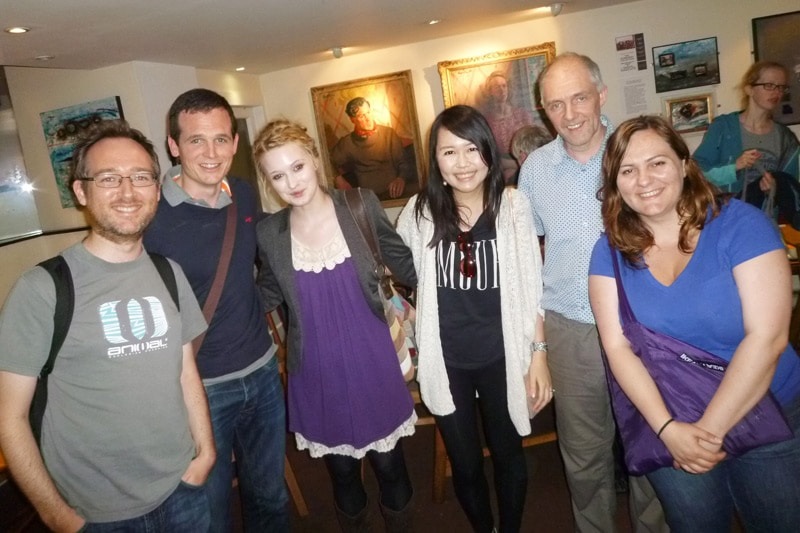 Our final group shot, sans Ken. From the left to right–Milo, Scott, Alice, me, Stephen, and Dora :)

Thanks everyone for coming–it has been a real blast meeting all of you in person! Hope to catch you guys around in another time! For those of you who were not there, hope to see you at future meetups (wherever they may be). In the meantime, let’s stay in touch via PE! :)

My Childhood Photos: A Walk Down Memory Lane

The Day I Got Married, Part 1: Preparing for the Aisle