How I Found Peace in My Relationship with My Parents, Part 2: A Pervasive, Widening Gap

This is part 2 of a 4-part series on how to improve your relationship with your parents. If you are new to this series, read Part 1: A Child’s Wish first. 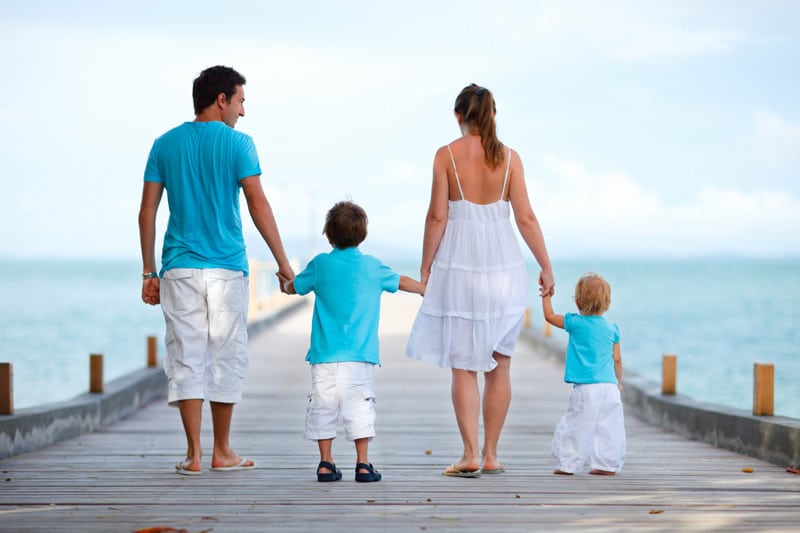 For a long time, I resigned that I would never have the kind of parental-bond I was looking for – at least not in this lifetime. Perhaps I would get them via my future parent-in-laws (whoever they may be and if I ever get married), but not with my parents. I resigned that this was a wish that would only get fulfilled in another life, in another time.

I tried to rationalize it, by telling myself that the kind of family bonds I see on television were unreal. That they were idealized, and not representative of real life. I also told myself maybe they were more typical in the western culture, and not a norm over here in Asia.

But all these rationalizations would prove themselves to be acts of self-denial, especially when I looked outward to my friends’ relationships with their parents.

My friends would have family lunch/dinners. There would be weekday/weekend afternoons/nights when they were unavailable to hang out in social gatherings, because they had to be home to eat with their parents (and siblings).

My friends had no problems engaging in conversations with their parents, be it over the phone or in person. And the conversations would be calm, civilized, and amicable, where no one would snap, shout or yell in anger; neither would anyone be rolling his/her eyes at anyone else.

Some of my friends would go on vacation trips with their parents, from weekend get-aways to neighboring countries, to week-long vacations in new countries. They would take photos together, as one happy family. Those happy moments together would be etched forever onto the photographs.

Some of my friends would sometimes take a hiatus from social meet-ups, because they wanted to spend more time with their parent(s) who have been away from home for a while.

The time when reality sunk in the hardest for me was when I was in junior college.

It was during Meet the Parents Day, an annual school event where all students had to bring their parents to meet the teachers and teachers would share a progress update of how each student was doing to his/her parent.

On that day, my dad was with me in school to see my form teacher. After my teacher was done speaking to us, my dad and I made our way out of the campus – in silence, as would normally be the case when we’re with each other.

At this point, I saw a fellow schoolmate, chatting away happily with her father. Both of them were walking around the campus, hand in hand. As they were doing that, my schoolmate affectionately linked her arm into her dad’s and leaned onto his shoulder, in a father-daughter way. 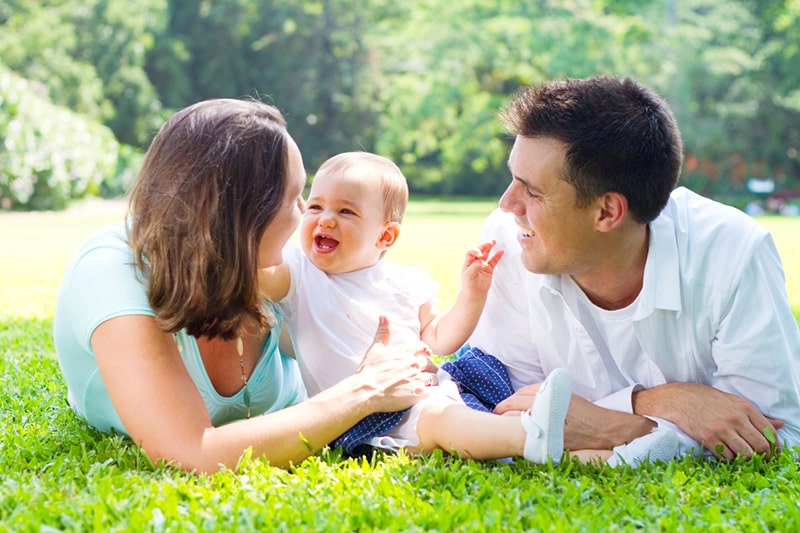 I only caught this for a few seconds from afar, but it etched a deep impression in me. When I saw this, I couldn’t help but feel taken aback. Suddenly, the realization that it was indeed possible to have a close relationship with one’s parent(s) hit me, hard – especially with it happening right there before me.

As if to jab salt into the wound, there my dad was, standing beside me. Both of us looked like 2 strangers standing in the same physical space, whereas my schoolmate and her dad were in front of us – in my opinion, the exemplification of the most perfect father-daughter relationship one could ever wish for.

The contrast was jarring. While I had thought all along that having the ideal parental relationship I seek was an impossibility, it was there in reality, unfolding before me.

Hope and a Vigilant Effort

After I realized my idealized parent-child relationship does in fact exist in reality, and it is perhaps possible to create the relationship I want with my parents, I tried different things to improve our relationship.

I tried to be more patient with my parents.

I tried to spend more time with them.

I wrote a card, to my mom and dad each, to tell them how much I love them and how much I appreciate what they’ve done for me all my life.

I tried, at one point, to hug them.

I tried to initiate conversations with them, to ask them how they are doing, to know more about them, to understand them better.

I tried to arrange for family meals – be it lunch or dinners.

I tried to organize vacations, where all of us could get away as a family.

I constantly put in effort to nudge our relationship in a positive direction.

But each time, my actions would be met with resistance. For example, when I tried to hug my mom (a while back), she was taken aback, asked me what the h*** I was doing, and violently pushed me away, much to my shock.

When I tried to initiate conversations with them, it would be met with lackluster response. With simple questions like “How’s your day?” or “What are you doing now?”, my dad would respond with monosyllabic replies that didn’t allow the conversation to continue on. It was not because he was trying to be difficult, but because that is just the way he is – he’s not a talker. My mom would reply defensively, say that I was getting in her way/wasting her time, and the conversation would come to an abrupt end.

The times I tried to arrange family meals, be it lunch or dinner during weekdays/weekends, or even for special occasions like Father’s Day or Mother’s Day, my mom would say dismiss it as a pointless idea.

And then whenever I suggested going on family vacations, my parents would vehemently reject the idea. They saw it as a waste of money, even if I offered to pay for everything. It wasn’t about “forcing” or “making” the idea happen either – they just genuinely, honestly, have no interest in traveling abroad at all.

Emptiness… A Gap that Could Never Be Bridged 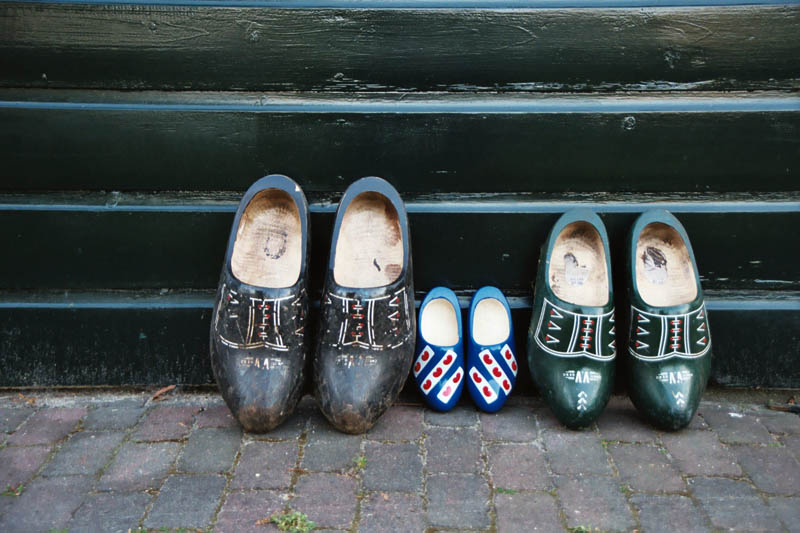 For a while, I couldn’t fathom how it was possible to have spent your whole life, literally, with someone, go through every single stage in life together (at least physically), and yet experience such immense difficulty in communicating with them.

For it seemed we had a gap between us that was unbridgeable.

For one, there was (still is) a language gap between us. My parents are well verse in Chinese and Hokkien (a Chinese dialect). Their preferred language of communication is Hokkien, followed by Chinese. However for me, I’m most comfortable with English. I can understand Hokkien, but I can’t speak it. I can speak in Chinese perfectly fine, but often times I switch back to English because it’s easier to express myself that way.

There also existed a generation gap. My parents are computer illiterate. They have no idea about the world of internet, blogging, social media, technology, computers, etc. On the other hand, internet and computers are integral parts of my life. My work is built around it; my life is built around it. Without the internet, my life will be completely different from how it is today. To try to describe what I do every day to them – it’s like talking about it to someone from a different world. The notion is lost on them.

There also existed a gap in our world views. A truly meaningful life to me is one where we’re our highest selves; where we pursue what we want to do, where we achieve our goals and dreams; where we self-realize. Personal growth is why I live and what I live for. But for my parents, their notions on what makes a fulfilling life is totally different. Routines are what they want to live in. They see no point in moving out of their current life zones. Goals and dreams are not in their day-to-day vocabulary. Personal growth means little to them.

Even though they’ve been in my life since I was born, and I have been in their lives for the past 26 years I’ve been alive, it felt that we could not be more distant than any two people in the world. That even though we have lived under the same roof every day for the past 26 years, it had done nothing to draw us closer together as parents and child.

This gap showed no signs of closing as well. As I embarked on my growth and pursued my goals every day, I would grow and become a more different person than I was the day before. My world would keep evolving into something different from what my parents know of.

Continue on to part-3, where I share how I eventually came to find peace in my relationship with my parents: Revelations and Happiness.

Quick note: Thanks everyone for your comments on the series! While I appreciate the words of advice or concern, this situation has long been resolved (else I wouldn’t be writing about it here publicly – it is not in my interest to write about open-ended issues on PE).

I’m in a perfectly happy relationship with my parents today, and my intention for writing the series is to share my journey of how I came to achieve this so readers undergoing the same situation can achieve the same result too – not to get advice, not to get pity/sympathy, not as recreational reading material, and certainly not to elicit shock. More in part-3 of the series.

I’d also appreciate it if readers can read the story from a understanding and non-judging perspective. It felt as if some had read selective paragraphs of the story and started making judgment on my past and my character, which was somewhat uncalled for.

I’m a human and I try to share as much of my life as possible on Personal Excellence if it helps all of us to grow – I certainly don’t appreciate it when what I share here becomes used as fodder for criticism, case study analysis and judgment. Such mean-spirited thoughts are not welcome here. Thank you!

This is part 2 of a 4-part series on how to improve your relationship with your parents.

How I Found Peace in My Relationship with My Parents, Part 3: Revelation and Happiness