This is part 1 of my 3-part series on femininity: how I used to struggle with my femininity, how I felt repressed having to behave in a particular way as a woman, and how I found my place as a female in today’s world. 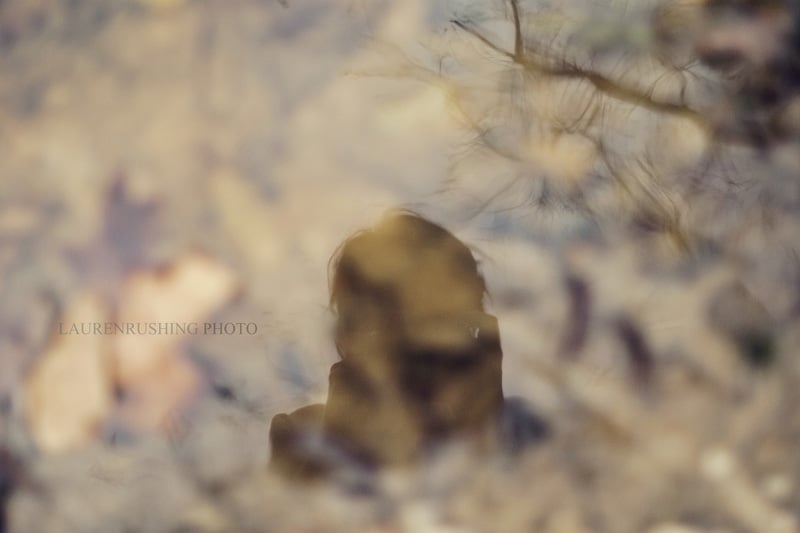 Note from Celes: While this series is written from my point of view as a female, some of the things that I have learned are relevant to both females and males. Whether you’re male or female, I hope this series helps you in realizing your gender identity, and becoming who you are meant to be. ♥

The above statements used to describe me.

Growing up, I was not your typical dainty girl with long tresses, wearing long dresses, and a sweet smile. Quite the opposite. I was quite androgynous-looking, with short hair, ugly glasses, and wearing very plain clothes. I was a girl through and through, but much of my femininity was repressed. I never got in touch with my sweet and soft side until later in my adult years; I didn’t even know that I had a sweet and soft side until after I met my fiancé.

A large part of this repression was due to my mom. Being quite androgynous herself, my mom raised me in a highly androgynous manner. There were many things that she did and said which caused me to withhold my natural femininity. (This repression would be something I had to work my way out of after my childhood years.)

Forced to Have Short Hair

For example, when I was a kid, my mom would force me to get a short haircut–one that was no different from a boy’s cut. She would drag me to the hair salon very often to get my hair cut short. She herself has had a short haircut since I was young and insisted that I did the same as her. Her rationale was, “It’s more cooling in Singapore’s hot weather.”

As a young kid, I would cry on the salon chair because I didn’t want to have my hair cut like a boy’s. My mom would ignore my cries and pain as she chatted with the hairdresser, laughing and remarking how I was a wimp because my brother would always obediently receive his haircuts.

Of course, there was a serious logic flaw in her comparison–my brother, being a boy, obviously had no reason to be upset about getting his hair cut short. I’m a girl and there was no reason to chop my hair off every one or two months. Every time my hair grew a little longer past my ear or almost reaching my neck, she would immediately drag me to the hairdresser, against my wishes, to get all my hair cut off. It almost felt like she was raising me to be a boy rather than a girl.

As these forced haircuts stained my childhood years, I toughened up and eventually stopped crying during these salon visits. Instead, I switched to glaring angrily at my mom each time. I had no agency over as simple as my hair, and it was very debilitating, almost dehumanizing. I felt powerless yet I did not know how to verbalize what was going on. These incidences were likely why I had so much repressed anger later in my adult years. 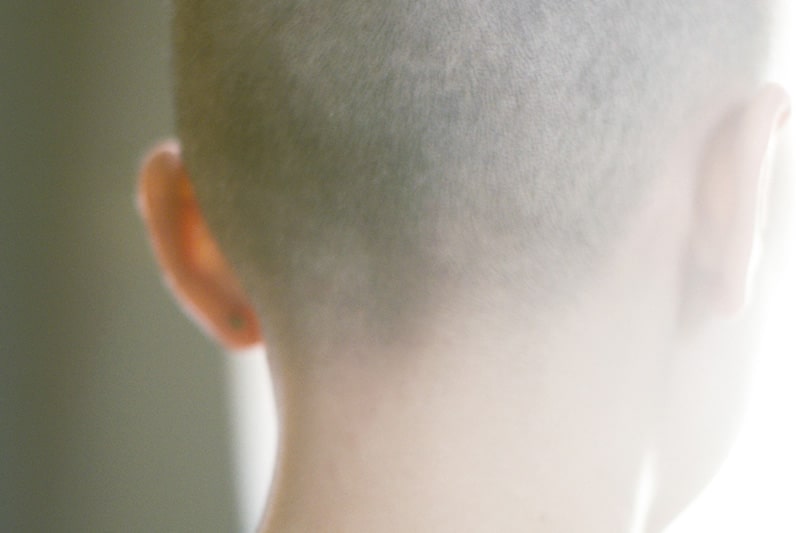 Then when I turned 12, I hit puberty. I began to menstruate, like any normal female.

While menstruation is a perfectly normal occurrence indicating the healthy development of a female’s sexual reproductive system, my mom made me feel like I had become a lesser being for now joining half the world in discharging blood every month.

For example, she often described my menstrual blood as “dirty,” even though it is simply clean blood from the uterus–no different than blood from an open wound. I later realized that this is a common mindset in the Chinese culture, that a woman’s menstruation is considered “dirty” (which is bizarre and ridiculous). There were times when she would take my underwear (but not my brother’s), wave it in the air, and go, “Eee!”, as though it was filthy garbage. At that time, I didn’t understand why she would do that. All she did was leave me feeling subjugated and inferior about my own underwear and menstruation. I often had nightmares growing up that I was menstruating and trying to conceal my menstruation from the people around me.

Another example is our family temple visits. My family is Buddhist, so we often visited the temple together during important festivals like Chinese New Year. Whenever I had my period, my mom would deny me from entering the top levels of the temple; my dad and brother on the other hand would be allowed to proceed as per normal. Her rationale was that by having my period, I was “unclean,” and hence not fit for the higher (and also holier) levels of the temple.

While this was probably a temple regulation and not something she made up, it made me feel inferior about being a girl. I felt condemned for a bodily occurrence that I had no control over and there was nothing I could do to change this situation.

Then when I was 12 or 13, there was a time when we visited my grandmother (who has since passed away a few years ago). At that time, my grandmother was staying with my aunt, whose household comprised of four kids, her husband, and her.

During our visit, we could see that her eldest daughter, my cousin, was starting to grow breasts. This is perfectly logical since she is a couple of years younger than me–at the age when puberty begins. The “problem,” though, was that she wasn’t wearing any bra–the shape of her nipples were clearly visible under her top. My aunt was probably so busy with her three other kids that she didn’t realize it was time to buy some bras for her daughter.

Unlike the liberal Western culture, in traditional Asian culture, females who do not wear bras are perceived as dissolute and whorish. Showing nipples, even under a top, is highly suggestive and like an open invitation for sex.

So after the visit, while we were waiting for the lift, my mom made a condescending remark about my cousin’s nipples. I don’t even remember what exactly she said actually; it was something about how my cousin’s showing of nipples was disgusting and shameful and that I should always wear a bra and not end up like her. While it was just an offhand remark, my mom exuded such a strong sense of belittlement and insult that the comment stuck with me. Her remark made me feel further oppressed as a female, that the female nipples–a perfectly normal body part necessary for feeding and nourishment of our offspring–would be deemed as disgusting and not viewable by the human eye.

Increasing My Attractiveness Through Clothing and Makeup

University was when I began to pay attention to my wardrobe and looks, especially since we don’t wear uniforms in campus. I had a couple of classmates in junior college who were very image-conscious; hanging out with them made me conscious about my appearance and think more about how I could improve my looks.

So I began to shop for nice, fashionable clothes to wear in campus. Going to campus wasn’t just about studying anymore; it was also about looking good and presenting a good image.

It was the same with makeup. As with my attention to dressing, I began to put on makeup. However, whenever I was putting on makeup, my mom would stare at my reflection in the mirror.

While she never said anything during her stares (be it when I was wearing the aforementioned clothes or putting makeup), it almost felt as if she was thinking that I was being a slut because I was increasing my attractiveness through clothing and makeup. It was as if she felt that I was soliciting for male attention even if I was just trying to look good, and this would be uncalled for because it would be seen as being non-virtuous and unchaste.

Effects on My Gender Identity 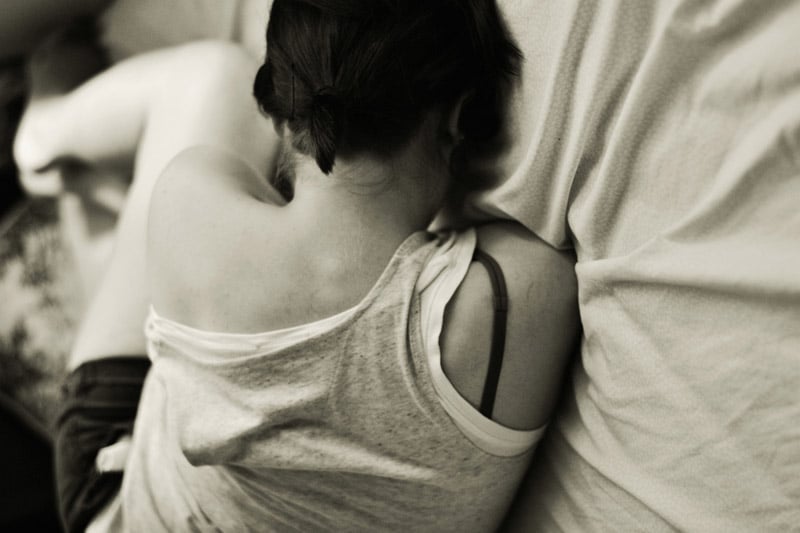 The femininity-oppressing treatments didn’t just end there. There were other things which my mom did that made me feel unacknowledged as a woman, such as continually flicking away relatives’ compliments about my looks (“What’s the point of being pretty? As long as my kids are hardworking and don’t bring me any trouble, I’d be happy.”), barring me from having a boyfriend until I graduated from university, and refusing to acknowledge my boyfriend (now fiancé) as my boyfriend (she kept referring to him as my “friend”, even after multiple attempts to correct her).

Her continual oppression of my femininity was akin to the repeated punching of a deployed airbag back into its compartment, where my mom was the person punching and the airbag was my femininity. I felt like a little flower hiding in its bud–wanting to bloom but couldn’t–because my mom was like a prowling tiger, ever ready to rip my soft petals to shreds if she ever saw them. 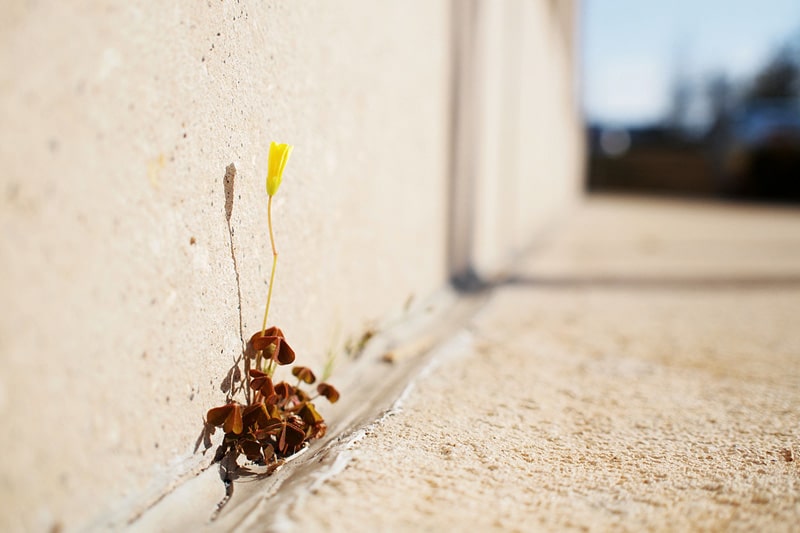 Because my mom would either give negative feedback about or not acknowledge my femininity, she gave me little incentive to be female. I subsequently built up traits such as resilience, independence, intelligence, sharp-mindedness, and assertiveness–all traits which are often male-associated. I also developed a hard edge because I was tired of being repeatedly torn up by my mom whenever I showed signs of femininity and vulnerability. I wanted to be impenetrable so that I could never be hurt by my mom or anyone again.

All these, coupled with growing up around an elder brother of two years and being brought up in an abrasive household, turned me into a woman with a stoic exterior and repressed femininity. I would be in my late teens when I started to bring out my femininity, starting with my physical image.

Read part two, where I share my stumbling journey in finding my female identity in my 20s: Part 2: The Dichotomy Between Masculinity and Femininity

This is part 1 of a 3-part series on femininity: how I used to struggle with my femininity, how I felt repressed having to behave in a particular way as a woman, and how I found my place as a female in today’s world.

If Your Life Were an RPG, What Character Would You Be?

Body Image: Your Gentle Guide to Loving Your Body