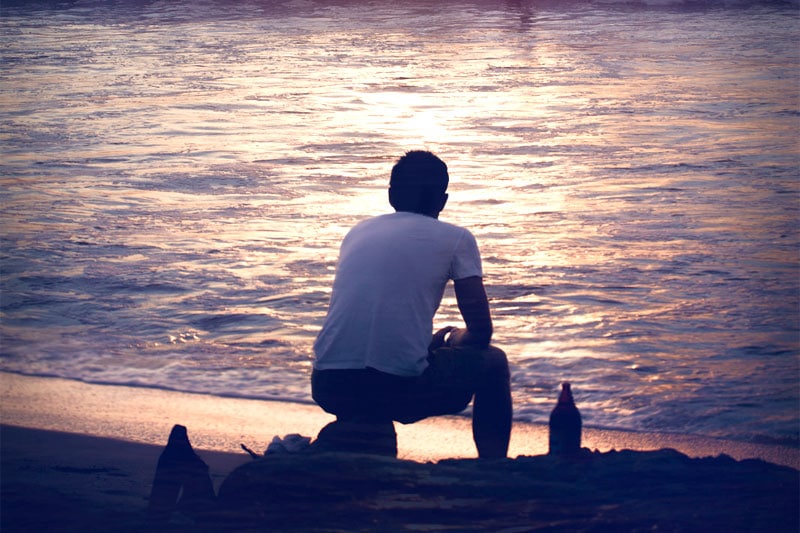 How can I stop feeling lonely? – Helen

Contrary to popular belief, loneliness has nothing to do with whether you are single or attached. You can be attached and feel lonely, just as you can be single and not feel lonely.

For example, I have friends who were attached and felt highly neglected in their relationships. Even though they were with someone, they appeared worse off than when they were single. On the same note, I have friends who are single but feel perfectly at ease with themselves, never once feeling like they are in a place of lack. They do not feel lonely despite being alone.

Loneliness — A State of Being

So if loneliness is independent of one’s companionship status, what causes loneliness? I have come to learn from experience that loneliness is a state of being. It’s the result of an internal void that has yet to be addressed.

My Experience Dealing with Loneliness/Emptiness

For example, there were times in my past when I would feel a little empty; I wished I had someone in my life. I would watch movies and feel silent envy for the characters who find love by the end of the shows. I would think of conscious couples I know of in real life and feel happy for them, while wishing that I would meet someone for me at some point in the near future.

When I drilled into this wish, I realized that I was craving for love from another (the right guy, not just any guy). Going deeper, I realized that this desire, this craving, was a result of not loving myself enough. There was a part of me that was blocked off to love, which resulted in the emptiness feeling. I had hoped to fill the lack of love in me (an internal void) with love from someone else (an external entity).

Clearly, getting attached is not the solution. If I were to get attached to fill the emptiness, it would only create a disastrous relationship. Firstly, I would continue to feel empty whenever my partner was not around or when I feel that I was not getting the attention I want from him. Next, I would become dependent on him to feed me with love, resulting in a clingy, fear-based relationship, rather than being a complete individual living her life and becoming a better person through her relationship. Last but not least, the feeling of emptiness would resurface if I were to break up with my partner in the future.

Hence, it was more important that I resolve my internal void from within rather than get together with someone to fill the void, because the latter approach is not sustainable.

So, I worked on resolving this void. I delved into my lack of self-love, which included my body image issue and my poor self-image. I addressed these issues one at a time, as I had detailed in my body image series and my beauty article.

One thing I realized was that I was holding off from connecting with others because I was so immersed in my work and other life agenda. The heart part of me was starved. Rather than close myself from the world, I began to open my heart to others and get out there to make new connections with like minds.

I also recognized that there is no need to “find” love (not in the fear-based way), for love is everywhere around us—from a mother’s love for her child, to a couple’s love for each other, to a friend’s love for his/her friends, to a child’s love for his/her parents. I was unable to see this because I had been so one-tracked in my definition of love.

As I unraveled my self-love issues one at a time, I stopped feeling those moments of emptiness. While I might have an urge to get together with someone in the past, I became more grounded in my being. I began to see and feel completeness as myself, rather than look for romance to fill my void. I continued to be open to dating, not to fill a void, but to create a synergistic relationship with a conscious, compatible individual.

(More on synergistic relationships: How To Manage Between Your Goals and Your Partner)

Deal with Your Internal Voids

If you are lonely, ask yourself: “Why am I lonely?”

Identify these voids, then take steps to fill those voids by adjusting your self-beliefs and/or taking actions to create your desired reality.

For example, maybe you feel a void because you lack self-confidence. Maybe you feel ugly because you are overweight. You feel self-conscious whenever you are out with people, especially thinner people. If so, create a healthy diet plan and exercise regime and stick to them; at the same time, work through your internal body image issues. (Read: How To Love Your Body (4-part series))

On the other hand, maybe your void comes from a lack of self-worth because you are not doing as well professionally relative to your peers. If so, take a proactive step in upgrading your work skills. Update your resume, talk to headhunters, and explore better career opportunities in the market. At the same time, know that your worth should not be tied to your professional success. Your worth exists independently as its own.

Or, perhaps you feel a void because you wish you have more confidants in life. If so, develop your social finesse. Expand your social circles. Make new friends and develop stronger friendships with your existing friends. Read:

Whatever your internal voids are, know that they can be addressed. Why? That’s because you are a being of abundance. You are born with a never-ending flow of love, energy, and power.

The reason for your internal voids isn’t because you come from a place of lack, but because you have misguided notions about yourself/the world. Once you truly realize that this world is not one of scarcity but abundance, your feeling of loneliness will naturally dissipate. You do not need a relationship, any relationship, to complete yourself, because you are already complete.

Do You Treat Dating as a Game?

Is there an ideal beauty? This lady gets her face photoshopped in over 25 countries to find out

How To Remove a Bad Habit