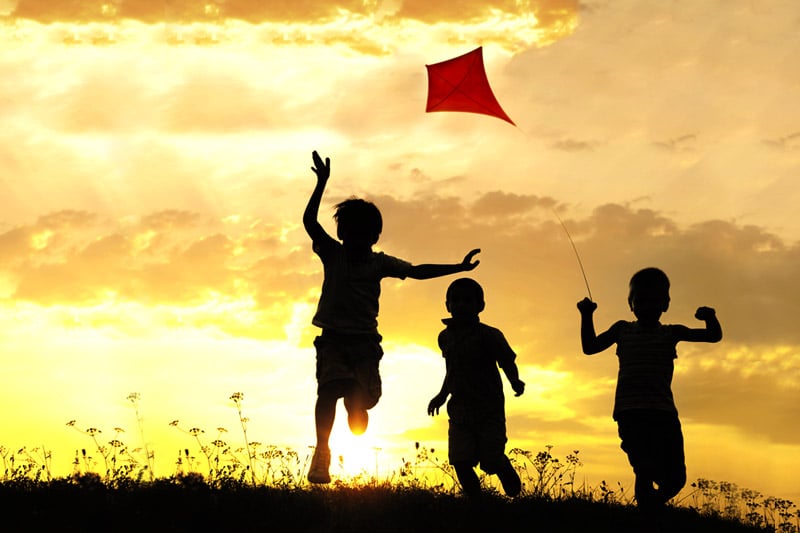 As this is an article on Escapism, it may trigger some discomfort and resistance as you read it. If so, do not resist it — be aware of it, understand the source of this resistance, and confront it.

Take a good look at your life now. Is there anything that you are trying to avoid dealing with? Your work? Your responsibilities? Your relationships? Your singlehood if you are single? Your deteriorating health? Your poor dietary habits? Your poor exercise regime? Your negative financial status? Your goals? Your aspirations? Your personal issues? Your past?

Escapism occurs when you are trying to avoid something. It can come in different forms. Some people escape by seeking out alternate activities, such as sleeping and playing. Some drown themselves in work. Some immerse themselves in addiction, like emotional eating (bingeing), smoking, alcohol or even drugs. Some physically run away from their homes. Some may even go as far as to migrate to a new place where they can start “afresh.”

In life, many people try to escape from various things. No matter what they are trying to avoid, these things ultimately ladder down to their fears, their deepest sorrows, their pains, their past, and their disappointments.

In relationships, you see escapism come into play when people rebound after painful breakups. Rather than deal with the situation, they seek solace in someone else. The feeling of being wanted and desired, by someone — anyone — covers up the pain of their breakup. While the person may seem to have escaped dealing with the pain head on, in reality this wound has not been properly addressed nor healed. It is just there, dormant, throbbing silently until the day when it resurfaces in a different manner.

As a coach, I work with many people to achieve their life goals. Some have progressive, forwarding goals. Some desire to overcome their personal issues. No matter what their objectives are, it would eventually come down to having to confront their personal limits.

In the process, it is not uncommon for some to become resistant and start displaying escapist behaviors. The level of resistance depends on the severity of the issues and the level of consciousness of the person. The deeper these issues are, the stronger the resistance;  The lower their consciousness, the more they seek avoidance behaviors. It is then my job to bring them into a heightened level of self-awareness, reconnect them with that inner-self which drove them to engage a life coach in the beginning and enable them to overcome these limits.

However, there are times when their resistance and fears are so strong that their escapist sides kick in big time, to the extent where they become lost in their mental struggles and are unreachable through coaching. Some may start finding different reasons to avoid the sessions; some start avoiding contact or even request to terminate the coaching prematurely. This is rare, but it happens.

When that happens, it goes beyond my means as a coach. My coaching and personal life philosophy is that free will and personal choice supersede everything at the end of the day. When my clients want to avoid being coached, it’s not the coaching they are trying to avoid. It’s not the coach either. It’s themselves. As a coach, I cannot force them to deal with their personal issues if they, as the owners of their lives, have decided to give up and avoid them. Accountability is a key component of a successful coaching relationship and this means the coachee being directly accountable for their lives. In such instances, I can only let them go, send them my well wishes and positive energy, and keep the communication channel open for them in the meantime.

My Escapist Behavior in the Past

When I was in high school, there were many times when I wasn’t prepared for my tests or exams. Instead of studying, I would be busy playing games, working on my websites (I was running websites for fun back then), chatting, or immersing in recreational activities. Basically, anything but hit the books. It didn’t help that I was a restless student. I hardly payed attention during class. Studying was boring to me.

When that happened, sometimes I would avoid school altogether by feigning illness or coming up with some excuse. By sitting for the papers, my lack of preparation would be validated by me not knowing how to answer the questions and eventually, my exam results. I didn’t want that to happen. I wanted to do well; I wanted to do the best I could. It was an all-or-nothing mindset from the perfectionist me.

In the end, it wasn’t the papers that I was trying to avoid.

The act of doing the papers, having them marked by a teacher, and finally receiving the grade, were tangible consequences that would slap the cold, hard truth of my (in)actions in my face. By avoiding taking the papers (and there were times when I succeeded in doing so), I was trying to gain breathing space for myself for the exams. I was trying to avoid that one moment of truth.

However, I was just deluding myself. It didn’t matter whether I did the papers or not. The truth was as such: I was irresponsible towards my studies; I lacked discipline; I wasn’t properly managing myself and my life. By avoiding the issue altogether, I was letting the issue perpetuate. The same thing would arise again and again in different forms, as I observed later on. It was when I started facing it head on that I finally embraced my value of Excellence. It was only through accepting, coming clean and taking responsibility for my actions that I finally moved forward and made progress.

Ask yourself: Is there anything in your life that you feel most confronted by; anything that you are trying to escape from?

Except that it really isn’t (protecting you from anything).

It doesn’t take a rocket scientist to know that avoidance does not solve anything. The proverb ‘Ignorance is bliss’ is probably one of the most delusional proverbs of all time. If there is an issue you are facing with, that issue doesn’t disappear by avoiding it. It’s still there; it will always be there until you face it. It’s like an ostrich burying its head in the sand — just because you turn your head away from everything and pretend that everything is okay, does not mean that it is okay.

But these don’t solve anything. You may get a temporal sense of relief from not having to face what you are trying to avoid. But who are you really lying to? Seriously, who? You don’t get anything solved from hiding, avoiding, or escaping. You just end up backing off from them all the way until you are eventually walled into a corner one day and you have no choice but to face them.

Until you acknowledge and muster the courage to deal with what you are trying to escape from, your issues will not miraculously disappear. They will continue to be there, creating looping patterns in your life. You will keep finding yourself stuck in similar situations and contexts, thinking the same things, feeling the same emotions, and doing the same things — over, and over, and over again — until the day you finally decide to do something about them. Loops require conscious intervention in order to break out of them.

I’m not saying that facing your issues is easy. It’s not. When you are trying to avoid something, it is usually a reflection of deeper inner issues which you have not resolved. These issues are delicate. These issues are very real. It takes true strength and courage to be able to face them head on.

And in the process of working through your issues, you don’t always win. Sometimes you may make some headway, only to be subdued afterward. Sometimes, you get beaten back down almost immediately. This is especially so if it involves dealing with something you have been struggling with since a while back.

But that’s okay. What’s important is you never stop trying. For example, in running Personal Excellence, I witness my course participants and clients facing new blocks every week as they pursue their goals. That’s perfectly normal. Sometimes, they may fall short of the targets they set. They may get discouraged and dismayed. But in the coaching process, they eventually regather themselves and continue to press on and fight. They stay receptive to external help as they move forward. And because they keep going at it, they eventually succeed in the end.

As long as you keep going; as long as you keep confronting your issues; as long as you keep fighting, you *will* become stronger and stronger. You will grow bigger than your problems such that they are no longer problems. You will level up. If you need additional ammo, join support groups or get a good coach with a proven track record to battle these issues together. I promise you that it will simply be a matter of time before you emerge victorious.

What To Do When You Live with Angry People: 7 Gentle Tips

Why We Should Stop Wasting (And How To Prevent Waste)

How To Stop Worrying About Things You Can’t Control

Should I Tell My Ex That I Cheated On Him Before?