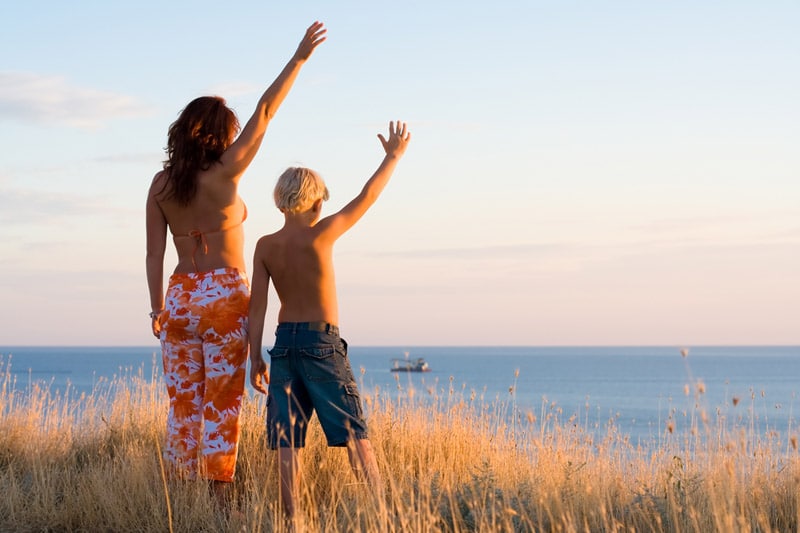 My second clarification is that I deleted Facebook as I don’t like their service anymore as a user. I’m not trying to boycott the company and what it represents. A couple of readers asked me if I planned to remove Facebook’s “Like/Share” buttons on the blog, which would be like throwing the baby out with the bathwater. Facebook is still one of the major social networking sites in the world, and having the “Like” buttons make it easy for readers to share their favorite posts with others. In the event where Facebook is no longer used by the majority or there’s a bigger social networking site, I’ll replace the button. Until then, the “Like” button stays. So if you use Facebook and you like a particular article at PE, simply click the “Like” button at the end of each post and you can share it with your friends. :)

Overall I’d say that deleting Facebook is like a subtle lifestyle change that leads to bigger gains. It’s like when you flick a drop of water into a pool and a slow ripple forms, first forming small waves, and then big waves that effect the entire pool. Definitely a 20% high impact habit.

The first couple of days took some getting used to. There were times when I caught myself typing my browser shortcut for Facebook out of habit. I think Facebook, like email, has turned into a site which we visit whenever we’re distracted, when we’re facing some hard tasks at work, when we’re trying to procrastinate on something, or when we’re looking for an emotional release. In a way it’s an avoidance outlet. It’s okay if we’re conscious of that, but if we’re not, it can easily turn into a repetitive click-fest, where you post a comment, go to the next profile, post another comment, return to your profile, update your status feed, and by time you’re done, someone has replied to your comment and it’s now your turn to reply.

Now this whole process may take no more than 10-15 minutes, but most of us check Facebook more often than we realize. Say if you do it once an hour at work (which is pretty tame – back when I had an account, I noticed some users seemed to literally be online all the time), that’s 1.5-2 hours gone in a standard work day, or almost 15-25% of your work hours!

Personally, I didn’t realize how time I was spending on Facebook. It was only after deleting my account that I suddenly noticed myself having a lot of free time. I have never played any of the Facebook games nor used any of the events/groups/extra functions (other than the Fan pages), which shows that we do end up spending a lot of time on the site without realizing it. In the past I would allocate some time to check my Facebook every morning, afternoon and evening, as well as in between breaks. Now that I don’t even use it anymore, all this time is being channeled into content creation at PE, planning, and personal time off. Needless to say, it has made me a lot more productive. :D Rather than fiddling around Facebook, my energy is now channeled into more productive uses.

That’s not to say that Facebook is the culprit for ineffective use of our time. At the end of the day, Facebook is just a tool to connect with others. Wasting time on facebook is no different from other ineffective activities like mindless web surfing, repeatedly checking email, reading news sites over and over, and so on. It just happens that most of us idle our time in Facebook because that’s where we get to connect with people, and interface is specially designed to be sticky.

After you deactivate/delete your account, make sure you channel the extra time/energy into productive outlets right away. This will help form positive habit patterns. Don’t use that time into some other outlet like Twitter or reading blogs. That’s just moving from one pit-hole to another pit-hole – it’s not going to solve the problem!

Less Clutter in My Life

After  deleting my account, I felt like I had flushed out a pile of clutter away. Whenever I logged into Facebook, I felt like I was facing a pile of spam (from game/app/notes/event/group/PM notifications) and irrelevant status updates. It certainly feels really good not having to deal with any of that anymore. If you enjoy decluttering, you’ll definitely find deactivating/deleting Facebook very therapeutic.

It also made me realize that how much of my time I was spending every day dealing with those stuff. Even if it seemed little in comparison, not having to deal with them at all definitely helped me to shift my focus to the most important 20% high-impact tasks, which in turn upped my productivity.

Subsequently I have deleted my Linkedin account as well, which is a networking site for corporates and professionals. It was not serving any purpose for me and it was starting to attract a lot of invites from people I don’t know, even though I have never placed my Linkedin details anywhere online before.

I have the contacts of close friends, so deleting Facebook hasn’t changed anything in terms of keeping in touch with them. Anytime I need to ask them something, I can just drop them a message or email. I don’t feel that I’ve missed out in this aspect at all, since most of the time status updates are of trivial occurrences. I rather hear directly from them on how they’re doing rather than read via ambiguous 1-2 liner descriptions. Definitely has helped to cut away clutter (see above).

This point is for those who own blogs and use Facebook as a marketing tool.

Deleting Facebook meant that I can’t use my accounts (personal profile and Personal Excellence fanpage)  to promote new blog posts anymore, which has led to a decrease in number of “Likes” for the post. Each new post I publish on Facebook usually gets a few dozen “likes”, so that’s a few dozen “likes” lesser now. Interestingly though; the blog traffic hasn’t decreased – in fact it has increased since the last week! I’m not saying that deleting my accounts had anything to do with the increase in traffic – but deleting the accounts definitely hasn’t been detrimental to the site’s growth.

In a way it actually gets you to focus on building quality traffic and loyal readers to your site, because the people who know about your article/page through Facebook are usually more loyal to the Facebook site than to your site. They might click over, take a glance or two, but surf back to the Facebook page in the end. Many times I had readers “liking” a status update with my latest article, but posting questions/comments in the update which suggested they didn’t read the article at all. Rather than try to get visitors through marketing on Facebook, it’s more constructive to build your site organically, whether through sites related to yours, strong content that leads to WOM, etc.

Given that Facebook is such a widely used social networking tool, I was half expecting to run into numerous blockades after deleting my account. Surprisingly though, it has been quite a breeze so far. The only hiccup I’ve experienced so far is being sent details about an upcoming event via a Facebook event link, only to realize that I couldn’t see the details since a Facebook account is needed to view it. I had to get the information via a friend who’s on Facebook.

Otherwise, everything has been great. You don’t need Facebook accounts to view Fanpages, so reading Facebook pages hasn’t been an issue.

Overall it’s been going great so far and I’m glad I deleted my account. For the increased time, productivity, and reduced clutter, it far outweighs any downsides to the move, which are minimal to begin with.

I recommend that you try it out for yourself – Try a 21-day trial where you remove Facebook from your life. Deactivate your account (you can always reactivate it later on and all your information will be intact), try it out for 21 days, and see how the experience is. You might be surprised at how much free time you suddenly have for your personal goals ;). By then you might want enjoy your extra time so much that you want to remain Facebook-free for good.

Going to Glasgow, Scotland! (Anyone Here From Scotland?)

When Life Gives a Happy Ending