‘I’m too busy.’ 5 Procrastination Lies We Tell Ourselves, Debunked 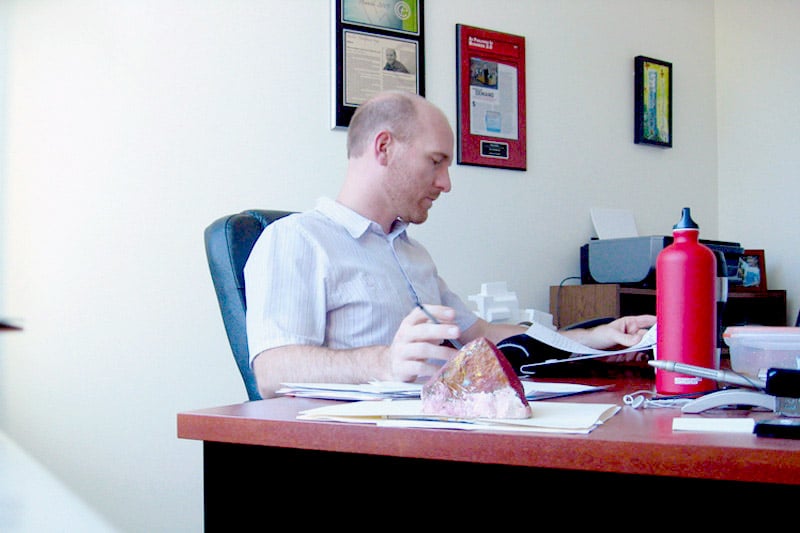 How many of us say this to ourselves? “I’ll do this tomorrow/later” is the most comment we make toward our weightiest goals/dreams. And then tomorrow comes, and we forget about said goals altogether. Before we know it, one year has gone by without any progress made.

This was what I realized in 2007, one year into my job. In 2006, I already knew that my passion was in personal development, and that I was going to pursue it at one point. However, because of my busy work schedule in my corporate job, I would tell myself, “I’ll do this later.”

Soon, one year had passed and it was the Christmas season in 2007. Everyone in the company would go on vacation during this time, so I was one of the few left in the office. I took the chance to reflect on my own goals/life. The results weren’t peachy. Despite slogging myself to death that year, working late nights and over the weekends, I had accomplished nothing in my passion, because all my energy had been poured into my day job. Disappointed, I started projecting into the future, imagining how things would be if I continued my then modus operandi. The answer? A life that wouldn’t be too far off from my current one, in that I would be further my then-career but would have achieved zero progress in my passion.

I was horrified. This was a far cry from my ideal life. I wanted to be pursuing my passion and making a difference in people’s lives, not advancing myself in a day job which I didn’t love.

This was when I realized, Unless I consciously take time out for my passion (or any Quadrant 2 goal for that matter), nothing is ever going to happen. By delaying action for one day, I was in fact delaying my goals/dreams for another day.

So then, I started planning toward my passion — little by little. In July 2008, I sent in my resignation letter; on 30 September that same year, I served my last day in the company; two months later in December, I started PE. And the rest is history.

Now, most of you may think that “I’ll do this tomorrow/later” is a perfectly fair and justifiable comment, especially when you’re busy. However, the truth is that when you’ve been delaying on a task/goal, chances are that you’ll continue to delay it, unless you make some dramatic shifts in your thinking/habits/environment. For change to happen, you have to make things happen.

Procrastination Lie #2: “It’s better to do this at the last minute.” 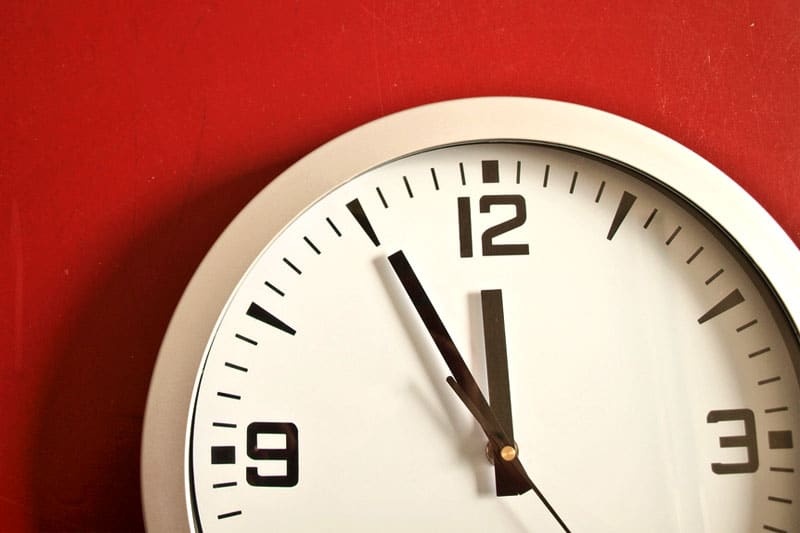 Leaving things to the last minute. Does this sight look familiar to you?

Some people feel that doing things at the last minute creates urgency and pressure, which pushes them to act. Hence, they leave things to the last minute, believing that it will help them to be more efficient.

However, the problem is that it creates a lot of invisible costs, as I’ve shared in my procrastination series:

For example, there were many times before when I left things to the last minute, only to scramble in the final day/hours to meet the deadline. Not only did I feel incredibly stressed out (and also binge ate repeatedly in the process), I delivered work that was 70 to 80% compared to the 100% work I could have delivered if I had more time. Since I was doing it at the last minute, I could only make do with the little time I had left. Examples would be when I studied at the last minute, resulting in me achieving bad grades; or when I prepared for my presentations in the last minute, resulting in me delivering a presentation that was great, but not as excellent as if I had prepared earlier.

My lesson from those episodes was doing things last minute suck and it pays to be an early bird. Hence, after that I became a studious student, revising as the school syllabus was taught. (This subsequently helped me to score top grades.) In the area of speaking and training, I now plan ahead and allot more than enough time for preparation, in case of mid-preparation hiccups. Not only have doing things early vastly improved my well-being, I’m also able to deliver high-quality work as opposed to dealing with last-minute frenzies.

Now, there is one exception to this rule though, which pertains to low-importance tasks. When it comes to low-important tasks, it’s actually better to leave them to the last minute. This way, you can limit the time you spend on the task, as opposed to letting perfectionism get the better of you. Even if you don’t have sufficient time to do it perfectly, it’s okay since the task is of low importance. The amount of time/effort you spend on a task should equate with its importance, and if it’s a low-importance task, there’s no need to spend too much time on it. (This is what I call “purposeful procrastination,” a concept I will teach in my upcoming run of Anti-Procrastination Course.)

Fact: Leaving things to the last minute creates a lot of invisible costs. If there’s a goal/task that is important to you, it pays (significantly) to do it earlier than later. So, if you’re procrastinating on your biggest goals and dreams, it’s time to stop and make them your priority instead.


Procrastination Lie #3: “Delaying this by a day/week won’t change anything.”

While delaying a task by a day doesn’t make much of a difference in the long run, the problem isn’t the one day you’re delaying the task by — it’s the number of “one day’s” you have been delaying and are going to continue delaying your task by (which is undoubtedly a high figure). You see, when we say “I’ll delay this task by a day,” it may seem insignificant to us because… it’s just a day, isn’t it? However, over time, repeated attempts to delay our task by just one day snowballs into a huge impact.

Consider the graph below, which shows the difference between taking a little extra action daily and not taking it, over a short period of time:

“X” is the difference between taking a little more action and not doing so. Here, you can see it’s pretty insignificant.

Pretty insignificant, isn’t it? No wonder so many of us procrastinate and leave things to tomorrow, because a one-day delay ain’t going to change anything.

However, see the difference when this incremental daily action is repeated over time:

The difference of taking a little more action every day multiplies very quickly over the long haul, as you see from “Y” in the graph

Suddenly, it’s obvious that everything that we do day-in and day-out, from the little decisions we make to the amount of time we allot to goal-setting/action-taking, plays a big role in who we become / what we achieve in the long run.

What have you been delaying on? Ever thought about the results you would have accomplished if you had taken action from that very first day you procrastinated? Rather than continue delaying, how about taking action today?

Fact: Every time you delay on a goal/dream, you delay that goal/dream from happening. Delaying something by a day/week may seem inconsequential today, but it makes an life-changing difference in the long run.

Myself, I used to be a heavy procrastinator. I would drift off during classes because I found studying boring. I would do my assignments at the last minute. I would study at the last minute too, sometimes reading the textbook chapters for the first time on the day before the exams. I hated school, and even felt like quitting it at one point. The “highlight” was when my relatives came to my home one morning to try to “drag” me out of bed to go to school, because I had refused to do so.

However, along the way, things changed. It wasn’t that I received a vision in my dream or a holy angel came to me to give me a calling. It was simply that I realized I was wasting my life and I needed to take responsibility for myself, my life, and my education. If I hated studying and didn’t want to study anymore, I could always take responsibility and quit. Sure, quitting would result in a backlash and negative judgment from family, friends, and society, but no one was “forcing” me to study in that no one was pointing a gun at my head and saying that I had to study or I would get shot. I had a choice. And I chose to study and stop procrastinating. And this marked one of the turning points in my life.

Just like character traits like impatience, tactlessness, shyness, and pessimism can be removed, procrastination can be removed too. One thing I always say is that all of us are born as positive, intelligent, and inspired beings. The only reason why we would become negative, uncertain, or unmotivated is when we are clouded by erroneous thinking patterns and/or situational constraints, which prevent our true self from emerging. The solution is then to act on these causes to remove them, after which anyone — and I mean anyone — can become naturally, effortlessly motivated about his/her goals and take relentless action toward them.

Procrastination Lie #5: “I can only do this when I have X hour(s) free.”

Many of us often delay a task, especially if it involves a lot of work, because we feel like we need to have X hour(s) free before we can do it. While that sounds good in theory, in practice, it’s hard for that to happen.

In my book 10 Rules of Super Productive People, I shared that during the second year of my blogging journey, I wrote over 40 guest posts — on top of 68 posts that I wrote for my own blog. This meant that I wrote a total of 108 blog posts that year, which averages out to over two posts a week!) Considering that I was coaching many clients, doing speaking engagements, managing my business, and doing my own marketing, that was quite a high number of blog posts to churn out consistently.

The way I achieved this wasn’t by waiting to have X time free, but rather, by putting every spare minute of my time to good use. For example, whenever I was waiting for public transport or on the bus or train, I would immediately fire up the word editor in my mobile phone to write a new blog post. Because a good-quality post takes at least a few hours to write, my aim was never to finish the blog post in one seating, but rather, to write whatever I could. I would then continue the rest during my next time pocket. It was from the artful utilization of such five- to ten-minute time pockets, and not by waiting for free time to appear, that I was able to get a lot of work done every week.

Fact: By waiting till you have X amount of free time before you work on your goals, things will never get done. It’s about making time out for the goals that matter and using existing time pockets wisely so that you can make speedy progress in life.

Update, Sep 10, 23:59pm: Thank you to everyone who registered – registration is now closed and we have a full class for the upcoming course! To those of you who’ve registered, look forward to working with you in the months ahead! 😀 Thank you!

Sign up for my newsletter to get my personal development tips and updates sent directly to your inbox:

Do You Have a Morning Ritual?

The Best Productivity System There Is

Is Your Routine Empowering You?