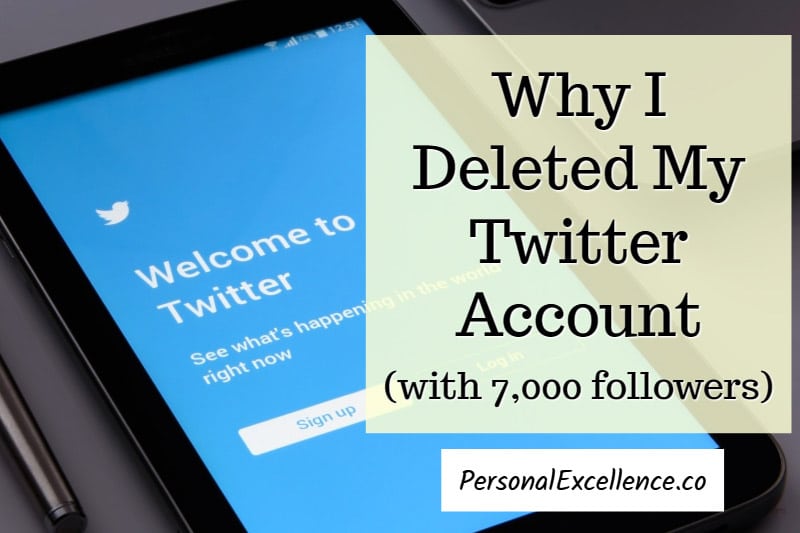 Hi everyone! About two months ago (April 2018), I deleted my Twitter account @celestinechua. I thought I should write a post explaining this as some of you have been asking me about it.

My Issues with Social Media

First off you guys know my stance with regard to social media. While social media used to be a great place for authentic conversations, it has become a very “noisy” commercial ground now. When I use social media as a content publisher, I feel like I’m just one drop in a very large ocean, where my comments have no impact whatsoever. There are just way too many — think hundreds of millions of — content creators on social media these days, with many using bots, digital assistants, and agencies to tweak every aspect of their social media messaging, so that they can get the best engagement and ROI for their posts.

This is vastly different than years ago, say in 2011, when I was having many authentic interactions with readers on Facebook and social media has not become the monster that it is now.

These days though, my notifications on Facebook and Twitter are either spam, some commercialized plug, or some pointless alert. It has become very tiring to log into my social media accounts each day with a bright red alert showing XX notifications, only to sieve through and see that they are pointless updates. I have talked about these issues in these posts: Why I Deleted My Facebook Page, Challenges that I’m Facing Today, and The Fear of Missing Out (I’ve since reinstated my Facebook page after deleting it in 2016, but I no longer actively maintain it). 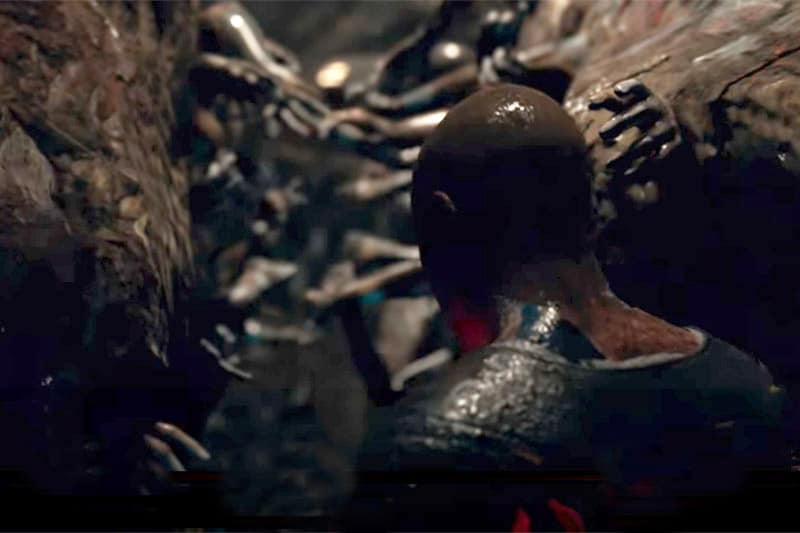 This is how I feel when I log onto social media and my inbox every day for the past few years (Image: Detroit Become Human)

In the same vein, Twitter has become a frustrating experience for me in the past few years.

To begin with, most readers of PE do not follow me there. Many readers on PE don’t use Twitter, while those who do don’t connect with me there. I think Twitter has a specific demographic and most PE readers are just not active Twitter users. Users who want to get my updates sign up for my mailing list (which is the official channel to get my updates btw — I post stuff that I don’t post here, including new courses and special messages). For anyone wants to send me a message, the contact form is the way to go.

Next, when I looked at my Twitter followers — about 7,000 of them — I realized that (a) this number has not been growing for the past two years, and (b) 99.9% of them are inactive or “dead.” “Dead” in that the users no longer use their accounts, or are following so many people that users like me who believe in tweeting less, not more, can no longer be heard anymore. Out of these 7,000, maybe only three people actively read and reply to my tweets (hi Charles, Ted, and Rick!). It became clear that my Twitter follower count has become a vacant number. While I was meticulously maintaining my Twitter account daily for the past few years and thinking that I was reaching 7,000 followers with every tweet, I was really shouting into a black hole.

Following this, I then looked at my Twitter messages. Over the years, I began to receive a high proportion of empty alerts, such as notifications of some company bot tweeting out my articles and tagging me, usually done to increase exposure of their account/business. Messages from content creators trying to network, expressing manufactured interest in what I wrote — but the reality is they are just trying to network to spread the word about their service. Nothing wrong with what they are doing, but when I check Twitter, I’m looking for authentic conversations with people who read PE, not networking requests and solicitation. These are things that I’ve dealt with immensely for the past ten years, and I feel like I’m at a stage of my life (mid-30s) where I just want to move on and focus on creating content and live my life, not battle the same things that I spent my 20s dealing with.

Note that this issue is specific to me rather than most Twitter users. Running a large website has made me the target of an enormous amount of spam and solicitation requests. When I looked at my issues with Facebook, blog comments, contact form, and now Twitter, it’s the same thing — an enormous amount of spam, noise, and empty comments because of my blog’s visibility. While I used to get a ratio of 100% authentic messages to 0% noise in my messages, now it’s more like 0.01% authentic messages to 99.9% noise.

After thinking about this, I realized the fundamental problem is that the social media and internet landscape has changed enormously since I started my website. Conversations online used to be authentic because people were using the internet in an authentic way then. These days, the internet has become massively commercialized, while abusers have a huge amount of power due to the democratization of technology and automation tools.

The answer, then, is to use social media in a way that enables me. I asked myself: If this platform is making me feel so frustrated when using it, should I continue using it then? The answer was clearly, a “no.”

To be honest, I felt a little surprised by my answer. Because having a Twitter account feels so basic, so essential today, something that every business owner must have. Every time you sign up for a new service, you will invariably be asked for your Twitter handle (and Facebook page ID). Not having a Twitter account is unheard of. It feels blasphemous. It feels like you are some backward, outdated business owner who is not in touch with his/her audience.

But is it true though? Because even when I was managing a Twitter account with “7,000 followers,” I didn’t feel like I was reaching anyone. Every time I tweeted something, I felt like I was throwing a coin into an abyss. I didn’t feel this way in the early years of Twitter — it’s only so in the recent years as social media morphed into some giant, monster entity. These days, I feel like everyone is shouting at the top of their lungs and commercial businesses have unlimited resources to micro-optimize every aspect of their presence, and social media is no longer the right place for me to connect with my audience: everyday people without a voice, people whom I want to speak out to and help.

In short, Facebook and Twitter were good ways for me to connect with my audience from the late 2000s to early 2010s, but not anymore as they have morphed into totally different beasts that favor quick engagement and short-form conversation. I have become tired of navigating these platforms’ ever-changing layouts and guidelines for outreach (particularly for businesses), and spending an exceeding amount of energy to maintain my accounts with very little return. The net conclusion of having a business account with these giants these days is that there are too many creators (many profit-focused over value-driven) with elaborate teams and assistants hacking the algorithms and getting their content seen by focusing on what the social media giants want (rather than what truly helps the user).

What I’m interested in is creating long-form, deep content on important life topics, and these are just not well-suited for their algorithms and landscape today.

“Death by a Thousand Cuts”

In retrospect, I should have closed my Twitter account much earlier. I feel like this is a case of “death by a thousand cuts,” something which I feel is very common in today’s social media world. When something is unpleasant, if the unpleasantness is on a very small level, you will usually tolerate it. What social media giants have done today is that they are delivering many little cuts slowly, over a long period of time. Tweaking the platform little by little, changing the rules every other day, altering the algorithm in a way that builds stickiness for them (but creates user fatigue), inserting little ads everywhere, and just making changes that maximize profit rather than create value.

Since these cuts are delivered little by little, most people don’t observe this. They continue to use the platform every day, addicted to it (an addiction that is carefully engineered by growth hacker teams). At the same time, the users start to experience other changes in their life: decreased productivity, mental fatigue, a general feeling of emptiness, but they have no idea that these are linked to their use of such platforms. So they stay on, getting sucked deeper and deeper.

I find this issue with Netflix as well (even though they have an active product which is video subscriptions) — I tried using it for the past month as part of a free trial from another service, and I find that it employs highly negative, dark design patterns meant to suck the user deeply into the platform. Not surprising since this is what many modern-day giants are doing.

When it comes to digital platforms today, figure out your needs and use them in a way that supports your needs, rather than the other way round where you change your life to fit their ever-changing rules and guidelines. I share more in 6 Tips to Deal with Digital Burnout.

At the end of the day, I’ve spent the past few years trying to make sense of my relationship with social media and online tools. I don’t want to jinx this but I think I’m starting to reach a good place regarding this.

I have my Facebook page but I don’t actively maintain it anymore because of the reasons stated here. I no longer have Twitter and I’m happy to have gotten rid of it. As a Facebook personal account user, I use it in a way that supports my needs. I have my growing newsletter list where I can connect authentically with you guys, where I get authentic replies to what I send out (thank you to all of you who have been participating in my surveys and sending kind messages through the contact form!). There are still negative bad eggs every here and there, but I’ve come up with tools and ways to manage and minimize them to a near-zero instance.

In the meantime, I’ve been busy working on my next course (on how to discover your life purpose), based on your feedback to my email survey sent out a few months ago. I’ll be sharing updates via my email list when it’s ready, so stay tuned!

The Shiny Object Syndrome: How to Stay Focused and Stop Getting Distracted

2nd Root Cause of Procrastination: Fear

How to Be an Email Master