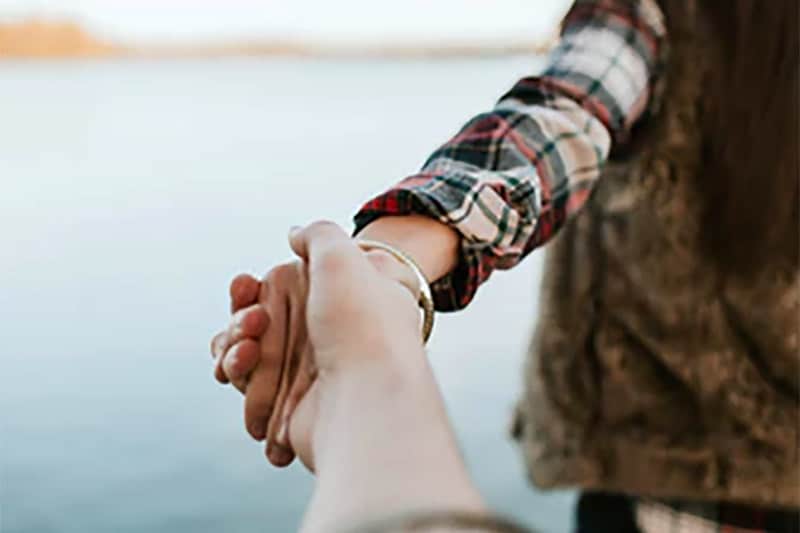 Now that I’m in my late 20s, I’m starting to meet more older people as I socialize.  Along with that, incidents where I get hit on by married men.

Just to be clear, I’m not interested in married guys, or guys who are attached, engaged, or in love with someone else (even if they are not attached). Not only would being with such guys be against my values, but the fact that a guy can hit on me while being in a (monogamous) relationship automatically eliminates him as someone I’d be interested in.)

(To cheat would be to lie to and betray your partner, which is not in line with honesty. And truth and authenticity are two of my core values.)

So whenever married guys hit on me or try to get oddly close with me, I would put things straight. I would make it clear that I’m only looking at the relationship as a friendship and/or business relationship, and there’s nothing else I’m interested in lest they try anything funny. (I would love to print screen and show you such conversations but I’ve deleted them all.) I would rather err on the side of caution than deal with sticky messes later on.

The Birth of a Thought

I also think that in our society today, marriage is synonymous with bliss, “ever after,” and the “sealing” point of one life stage and the beginning of a happy life. Especially because most people see singlehood as a disease.

However, as I grow older, I keeping hearing stories of relationships in distress. Couples with irreconcilable differences. Engaged couples breaking up just before marriage. Married couples who remain married but have not been sleeping together for a while. Partners seeing other people behind their partners’ backs. Marriages on the rocks. Divorces. Couples breaking up after being together for a very long time: some of them once seen as the perfect couple to model after, and some childhood sweethearts. Friends’ friends getting pregnant from sleeping with married men and then going for abortions, only to continue the affair thereafter. 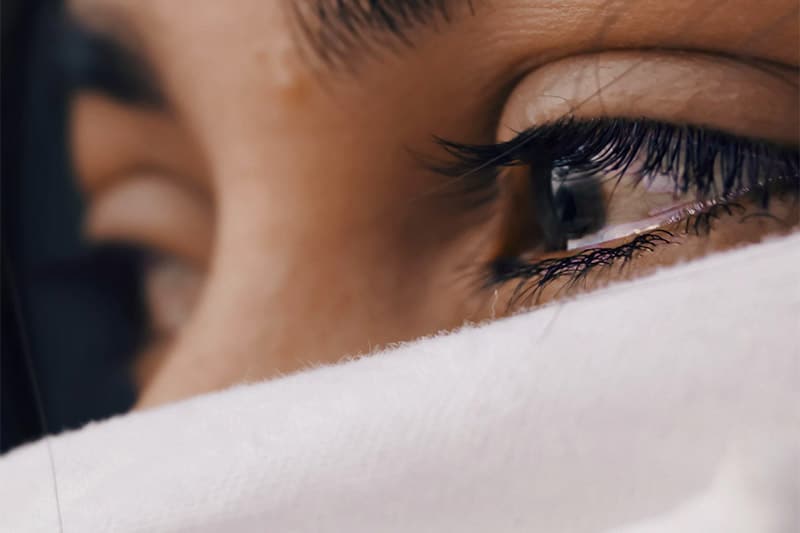 Such stories have made me realize that just because someone is married or in a relationship doesn’t mean that everything is “happily ever after.” Far from it.

For example, my friend’s cousin got married several years ago. She met her husband through a dating service and they got together fairly quickly. Marriage followed soon after (within a year or two of dating), and following that, a baby.

On the surface, it seems as though everything is unfolding according to their life plans and the expectations of the Singapore society—get married by a certain age (mid to late 20s for the female and early 30s for the male), have a baby within two to three years of marriage, get busy with their careers while having someone—usually a domestic helper—help with the baby, before planning for a second baby one to two years down the road.

However, the couple’s marriage is now on the rocks. Apparently, things haven’t been well for a while. The wife has been undergoing serious depression and unleashing emotional fits at everyone particularly her husband, while the husband has been drained from trying to mend the relationship. The maid is verbally abused and often singled out as the scapegoat for anything that goes wrong; the family has changed over 10 maids in two years.

The last I heard, the wife is insisting on a divorce and the husband, now jaded, has acceded to the request. How about the baby, you ask? Not sure. Most likely going with the mom.

Another example: A friend of mine was engaged to his high school sweetheart. He met her when they were in high school, fell in love, and got together. It seems like the relationship of everyone’s dreams, doesn’t it—being with your first love, being in a long-term relationship, and then heading towards marriage. However, seven years into the relationship and right before the wedding, they broke up.

Why? The relationship just wasn’t working out anymore. One of the partners cheated on the other and was discovered.

These stories are among the many I’ve heard or witnessed over the years, of couples whom you thought were heading towards the path of “ever after,” but got violently jolted out of this “fantasy” along the way.

On the other hand, some of the most successful relationships I’ve seen are the couples I met when I was in Europe and the U.S. in 2011. Incidentally, non-married couples with no concrete plans to get married.

At the time I knew these couples, they had been together for at least five years, some well over ten years, and going strong. Between each couple is a strong understanding of each other, unspeakable camaraderie, open communication, and a deep respect for each other.

While none of the couples spoke of marriage or have immediate marriage plans except for one (this is especially so in Europe as marriage has less significance compared to in Asia), these couples have some of the most conscious relationships I have seen — some married couples I know. This made me question the significance of marriage in a relationship.

It made me wonder: Beyond providing a stigma-free environment to raise a kid, does marriage actually forward a relationship? Is it a milestone every citizen should work towards? Is it a natural milestone every couple should strive for? Will it guarantee a “happily ever after”? Of course there is never a guarantee for anything, but still…? Some questions to ponder over.

The Married Men Who Hit On Me

For the married men who approach me, I’m not one to judge. They are free to do whatever they want with whomever they want. My role is to reject them if they approach me, not to judge them on some moral high ground. I disagree with their way of life but I also know that their life is their life and everyone has the right to do what he/she wants, while biding by a certain moral code of course.

(Cheating is a very grey area. IMO its not acceptable. Some people may think otherwise.)

However, I can’t help but think that there’s probably something missing in these guys’ marriages if they are approaching women who are not their spouses. Beyond the typical, cop-out “men are designed to sow their oats” answer (which I think is BS — as conscious beings we should expect more of ourselves), I believe their infidelity stems from a lack in their relationship. There is something which they need/want in a relationship, be it a physical, emotional, mental, or spiritual, but they can’t get it from their spouse or marriage. This leads them to seek solace outside their marriage.

Now I’m not trying to justify their behavior. Neither am I trying to condone cheating or saying that it’s okay—I just said that cheating is not okay in my book. I’m merely considering a possible reason why they are cheating or trying to cheat, because it’s by understanding the problem that we can come to a resolution, not by finger pointing and playing the blame game.

I believe the reason they cheat is because there is a gap festering in their marriage. This gap has probably been there for a while but has never been looked into. Cheating is merely a symptom, an effect, of a fundamental issue plaguing their marriage/relationship.

The Lesson I Have Learned

Unlike how the post may sound so far, my purpose of writing this isn’t to debunk the notion of marriage or its value.

In fact, I see merit in marriage. I see it as a beautiful union between two souls, if the people getting married are truly in love with each other (vs. being in love with the idea of marriage). I see it as a wonderful celebration of two people in love. I think love should be celebrated by everyone because it’s a beautiful part of life. I do think that marriage is something that one should work towards if it is what they want.

(While I’ve not thought about the place of marriage in my life or if I am ever going to get married, getting married to someone I love would be nice to witness one day, if it happens. I think it would be a beautiful day to look forward to, that’s for sure. :D ) 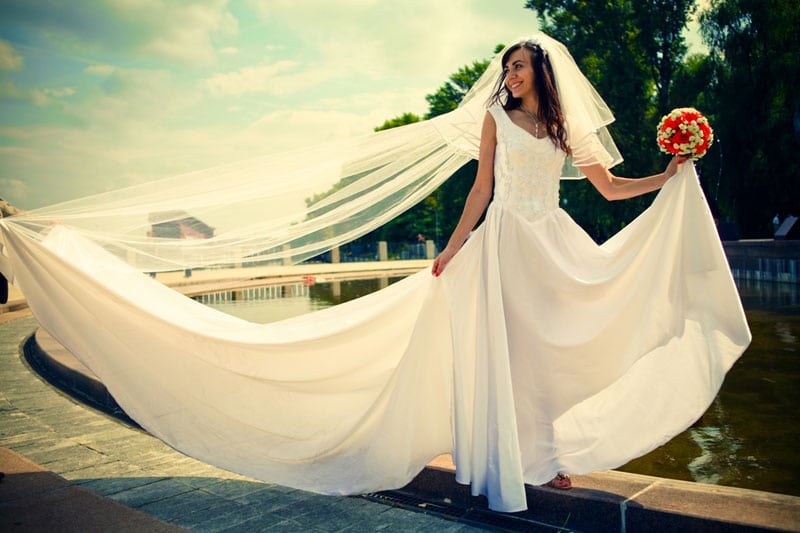 A stock image of a wedding gown which I came across and found beautiful (Image: Shutterstock)

Because when all you are concerned with is getting married by a certain age or to find a girlfriend/boyfriend without deep consideration of what you want in a partner or whether you are ready to commit to a serious relationship, you are setting yourself up for failure in romance.

Because to obsess about getting married or getting into a relationship with someone when you have yet to find your compatible match is like putting the cart before the horse.

It’s not “wrong” to do so per se… it’s just… not thinking about things in the right order.

While the broadline elements (such as having a partner, getting married, having a kid, and so on) may be present if you follow such an approach and evaluate your life in a checkbox fashion, while you may be able to claim “bragging” rights in front of your peers and get relief from saying “Oh look, I’m getting married!” or “Hey, I’m in a relationship! So stop asking me to find a girl/boyfriend!”, you will only get a hollow relationship/life. Because the fundamental ingredients (having the right partner, having the right mindset/attitude towards a relationship) are not present.

On the other hand, when you become the right person—”right” meaning whatever you define as your ideal self; read Day 5 of Be a Better Me in 30 Days Program on Discover Your Ideal Self—and meet someone compatible for you, everything will naturally fall into place.

However, these will be problems that you will be able to work through with your partner as a couple, no matter how tough they may be, simply because the necessary foundations in the relationship—love for each other and fundamental compatibility in personality and values—are in place. These relationship “big rocks” as I call them will be there to hold your relationship in place and help it soar to greatness.

*Turns to look at you* And these big rocks, my angels, will be your magic bullet towards having a successful marriage or relationship in the long haul.

Some posts to start being the “right” person:

Update Sep 2013: Since writing this post, I’ve found my soulmate, and I share our story and tips on how you can find yours too: How To Find Your Soulmate. Check out my Love category for more posts on finding love.

How To Improve Your Relationship With Your Parents: A Delicate Guide

Beautiful Advice From a Divorced Man After 16 Years of Marriage