This is part 2 of a 3-part series on femininity: how I used to struggle with my femininity, how I felt repressed having to behave in a particular way as a woman, and how I found my place as a female in today’s world.

18 was the start of many changes. One, it marked my graduation from traditional, classroom-style learning and matriculation into tertiary education. Two, it was the start of adulthood, where I began gaining autonomy over various areas of my life. My gender identity was one of them.

Evolving in My Appearance

Up until I was 18, I had been blindly following my mom in terms of how I should conduct myself as a female. Since my mom is very much androgynous, and raised me to be such (e.g. with my hairstyle), I grew into quite an androgynous girl. It was only when I was 18 that I started thinking about how I wanted to look, speak, or act as a female.

Reaching 18 and entering university made me more conscious about increasing my appeal as a woman. After all, university is a time when you meet many new people–including people of the opposite sex. Like other teens, I wanted to appeal to the opposite gender and perhaps meet the guy of my dreams. (Apparently I did meet him when I was in university, but it was only ten years later when we got together and got engaged.)

Since physical appearance is the most visible part of a person, I began working on my looks first, starting with my hair.

Having been forced into a short hairstyle when I was a kid, I became accustomed to having short hair. Coupled with the fact that my mom would mock and criticize whenever she saw my hair growing longer, I would get my hair cut short very often. My hair never grew beyond my neck.

Then when I was 18, suddenly I realized that I can have long hair if I want to. Even if my mom insists that I have short hair, my hair is mine. It’s up to me to decide how long it should be.

So even as my mom repeatedly insulted my hair as I grew it out, I ignored her and grew it beyond my shoulders. (I never had short hair since then, except once when I was 25 and wanted a change in my look.) 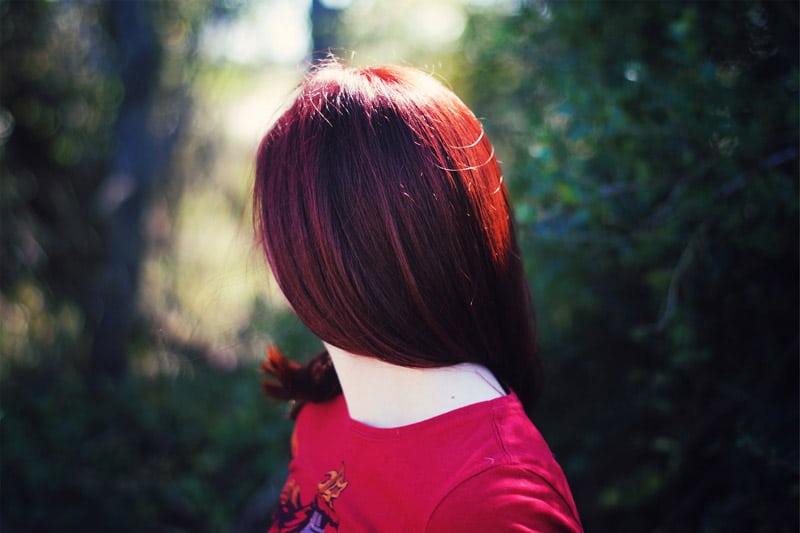 Dressing was the next thing I worked on.

As I mentioned in part one, I had friends in junior college who were highly image-conscious. One of them often read beauty magazines, tried on makeup when we walked past drug stores, and shopped for clothes. These friends got me thinking about how I should be more fashion-conscious too.

Shopping became a personal pastime. I would shop on a once-to-twice weekly basis, each time looking for clothes that would make me look good. Gone were the old, unisex clothes I had as a child; in were the nice and fashionable clothes which complemented my body. Whenever my clothes stopped looking good on me or went out of trend, I would throw them out and switch to a new wardrobe. Looking my best was a priority over conservation. (This changed as I grew older and became more aware of environmental needs.)

I also began putting on makeup–something which I wished I looked into earlier. For makeup was great for concealing my pimples, which I had many when I was in JC and university (the large and painful ones at that). Not only that, but makeup also improved my complexion and enhanced my looks.

Hence, makeup became part of my daily routine. As I grew older, I became better at using makeup to enhance my natural looks and look more attractive to the opposite sex.

With these changes, I easily became prettier and more feminine. Guys began to pay attention to me; pickup attempts from the street, in restaurants, and even on the bus were not uncommon. People–friends and relatives alike–would drop compliments about my looks.

So it seemed like my efforts had paid off. I worked on my hair, dressing, and makeup to increase my feminine appeal and it worked. I should rightfully be happy.

However, I wasn’t. Despite now looking prettier and more feminine, I continued to feel unfeminine as a woman.

Hence, I kept working on improving my looks.

Another, bigger reason was my character. 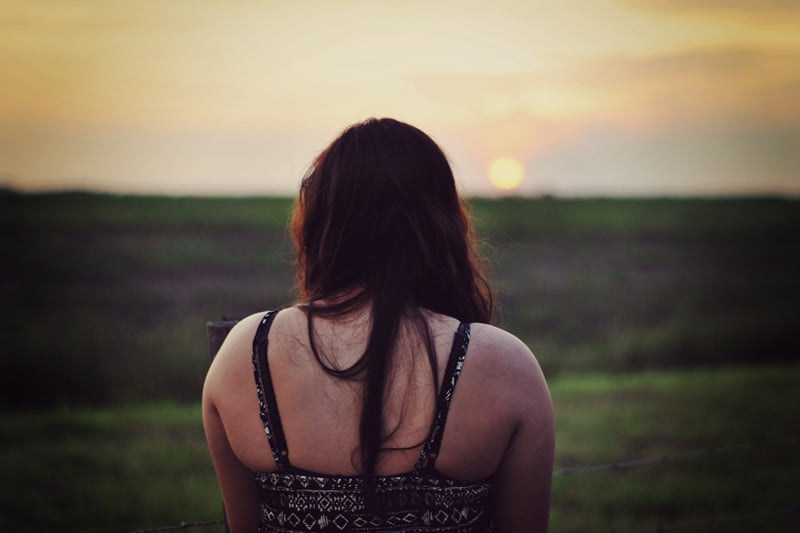 Breaking Down My Character: Dichotomy Between Masculine and Feminine Traits

For a long time, I felt like a masculine woman. That was partly because I possess traits like drivenness, decisiveness, resilience, sharpness, outspokenness, persistence, and boldness–all of which are often regarded as male-traits.

Another reason was that I tend to supersede guys around me in terms of personal achievements and capability, which I’ve covered before in Why I Used To Be Afraid of Intimidating Men and Why It Does Not Faze Me Anymore.

It wasn’t that I didn’t want to be soft, dainty, and demure. The issue was that firstly, I live in a meritocratic society like Singapore, where achievements form the centerpiece to one’s worth, and secondly, I’m passionate about personal growth. In order to excel in life and be the best one can be, one has to embody power traits like the above, which was exactly what I did.

For what it’s worth, these traits served me well. I would achieve one goal after another, from being the top student in my area of study, to landing a coveted job in a Fortune 100 MNC, to excelling in my job, to setting up my blog/business, to achieving high traffic in a short amount of time, to turning my blog into a passive income machine, to being continually featured in the media. Without them, I would not even be half the person I am today.

However, these traits ran counter to feminine traits I wanted to build, such as softness, daintiness, and demureness. For example, being resilient is at odds with being soft. Being swift and decisive run opposite to being dainty. Being outspoken and assertive do not exactly sync with demureness.

So I would flip back and forth between striving for my goals and being feminine. Whenever I strove for my goals, I would be my natural self, but I would feel upset for not being feminine enough. Whenever I tried to be feminine, I would feel good for not coming on too strong on others, but I would sad for having to repress my real personality. I felt like a spring pulled and stretched to meet two ends.

Fruitless Attempts to Resolve the Conflict, Be it via Character or Appearance

While I was attempting to meet my contrasting desires for success and femininity with limited success, I was simultaneously increasing my femininity through my appearance. I would doll myself up further, wear nicer and more fashionable clothes, and put on trendier accessories. This probably helped spark continual male attention; I also continued to receive compliments from people for being cute/attractive.

The funny thing was that I disliked receiving male attention (which I wasn’t looking for). There were two reasons.

Firstly, my mom*–through my childhood experiences which I shared in part one–made me subconsciously feel that I would be a slut if guys were attracted to me, even if I did not solicit for the attention. Hence, attracting attention from them–especially lewd attention like guys whistling at me from their cars, neighborhood or coffee shop uncles trying to hit on me, or even molestation encounters–would made me feel grossed out (about myself), like I was a whore.

I just want to make a quick note that while the way my mom raised me caused my femininity to be repressed, I wouldn’t say that it was her fault as much as she was a product of her upbringing.

Many of her beliefs (leading to the incidents in part one) are very common in the traditional Chinese culture. If anything, I see this as an issue with traditional Chinese culture and some of its beliefs — which are fundamentally backward, misogynistic, and dehumanizing in many ways (e.g. corporal punishment and death penalty are accepted in the Chinese culture). There are other traditional Asian parents with much more backward and female-repressing views than my mom, e.g. not allowing a woman’s underwear to be washed in the family’s washing machine because it is deemed disgusting and dirty. (My mum never had such a restriction on me.)

At the end of the day, whatever experiences I had as a child have helped me learn and be who I am today. It is regretful that some of us have to go through things like this in our childhood, but ultimately I see this as the result of the human civilization not reaching its highest consciousness yet. I hope that through my sharing, we can learn and grow together, and so that we may in turn uplift those around us.

/ End of abrupt side note

Secondly, I didn’t want a guy to like me based on my appearance alone, even though I would always be flattered by that. I wanted guys to be interested in me for the finer aspects of my personality, such as my intellect, resilience, and drive. I had been on dates before where the guy’s interest was driven by superficial things such as age compatibility, my looks, and so on, and the dates were always empty and hollow (because there were no deeper areas of compatibility to build a connection on). They were always a waste of my time (and also the guy’s time) because it was impossible for us to build any meaningful relationship together.

So imagine the ironic situation I was trapped in where (a) I wanted to be feminine but couldn’t because my passion for growth and success kept leading me to traits which are more masculine, and (b) increasing my femininity through my looks led me to loathe myself because I felt like I was being some kind of slut for attracting unwanted male attention. 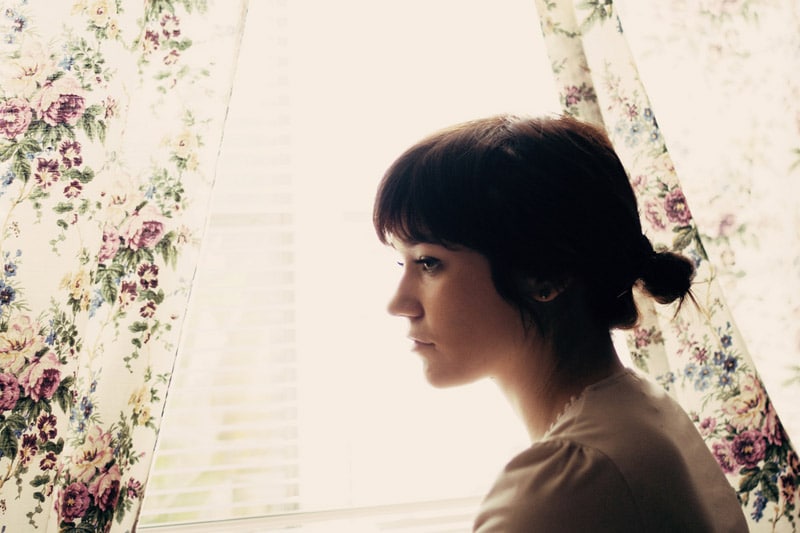 Conflicted About Who/What I Should Be as a Female

Thus, for a long time, I was confused about who/what I was supposed to be/do as a female, specifically a Chinese woman since there are so many expectations of a woman and how she should be and behave in the Chinese culture.

On one hand, I was expected to be the best that I could be and to achieve my goals with excellence. To do so would require me to cultivate often male-associated traits like drivenness, ambition, self-assuredness, and so on.

On the other hand, I felt that I needed to be submissive, tame, quiet, reserved, conforming, unassertive, etc. to be recognized as a feminine female. This is especially so in the Chinese culture, and in a Chinese-dominated society in Singapore.

It was in my late 20s that I came into my own and found my footing as a female. Much of it has to do with my revelations surrounding beauty, men, and my body.

Read part three, where I share how I found my place as a female: Part 3: Coming Into My Own as a Woman

This is part 2 of a 3-part series on femininity: how I used to struggle with my femininity, how I felt repressed having to behave in a particular way as a woman, and how I found my place as a female in today’s world.

101 Ways To Live Your Life To The Fullest

How Do I Stay With a Cheating Spouse?

Writing a Letter To Your Future Self