4 Reasons We Should Overcome Fear 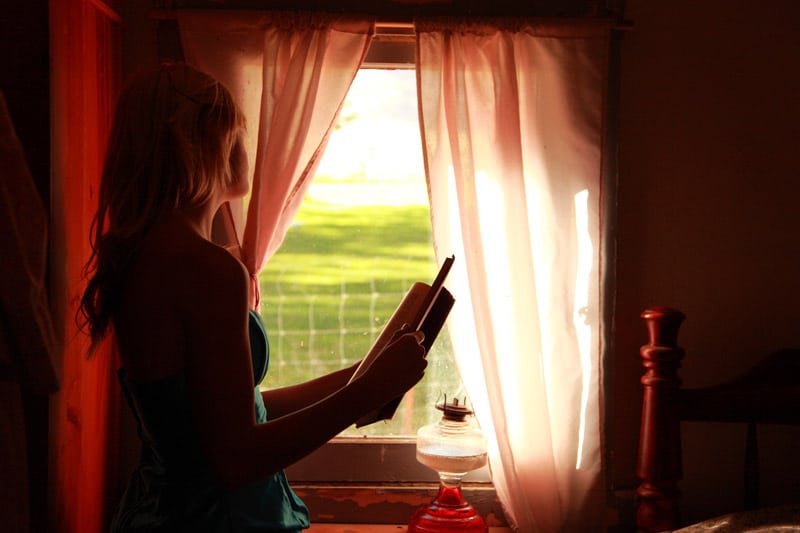 “Let us not look back in anger or forward in fear, but around in awareness.” — James Thurber

“Nothing in life is to be feared. It is only to be understood.” — Marie Curie

Are you more of a courageous person or someone who is often filled with fear? Do you get intimidated easily? Do you make decisions based in fear? Do you look towards your future in fear of what will ensue?

Fear is “a distressing emotion aroused by impending danger, evil, pain, etc., whether the threat is real or imagined“. In other words, fear is state whereby you feel frightened or afraid, regardless of whether you should be afraid or not. Note the key word here is regardless. Which means even it’s possible to feel fear even when you rightfully shouldn’t be scared.

Let us first talk about how fear came about. Fear is actually a tool to help us escape danger. It is part of an evolutionary, survival mechanism. When we experience fear, our adrenal glands (located directly above our kidneys) release adrenaline into the blood stream which causes a series of biological reactions in our body.

This is also known as the ‘fight or flight’ mode. In this state, our senses and reflexes become heightened and it’s easy for us to escape real and physical danger.

However, these reactions are only helpful when we are facing real physiological danger. They do not aid us when we are facing self-perceived dangers which actually do not result in any physical harm. If anything, we only become held back by such responses when we don’t need them. For example, imagine when people get into stage fright or when they have to make a career move in apprehension. Having increased blood flow to muscles, restricted blood flow to stomach and dilated pupils do not help us in those scenarios. If anything, we might make worse moves/decisions due to these biological reactions. Imagine someone rambling off on the stage due to his/her stage fright. Or someone making a wrong career decision as he/she could not process the information clearly. In these scenarios, we want to be grounded so we can deal with things logically and calmly, not become over-stimulated.

The problem is, about 99% of the fear people experience today are non-physical fear – fear that only exists in our head. We think we’re in danger but we really aren’t. Such fears include:

Does any of the fears above apply to you? Chances are, you’ll be able to relate to at least one or more of them at some point in time. I know I definitely do – all of the above applied to me before, even if for just a short period of time or on a small, subconscious level.

Maybe you might be wondering – “Why overcome fear? I’m doing fine living the way I am right now. Fear drives me to make decisions sometimes. Fear has kept me safe from danger.”

There are a whole host of reasons why you should overcome fear. I’ve condensed them into 4 key ones:

As someone reading a site called Personal Excellence, I trust that you believe in personal growth, becoming a becoming a better person and living your best life. Unfortunately, being driven by fear blocks all of that. It prevents you from growing and progressing in life.

The problem is majority of our society today vibrate at the level of fear. To be mired in fear means you are being held back from rising to the higher levels of Courage, Acceptance, Love, Joy, Peace, and Enlightenment. As long as you entrench yourself off in the land of fear, you can’t reach the higher levels of consciousness.

When you let your thoughts, feelings and decisions be driven by fear, you are reduced to a slave of fear. I have come across people whose lives are very centered on the theme of fear and it is a very disempowering state to be in. Their fear drives their thoughts, feelings, decisions and behaviors so much that their life has become a byproduct of fear, rather than their own desires. For example, someone who is scared of changes will become scared whenever there are changes in his/her life. He/she will scramble to maintain the status quo and protect the illusion of safety. He/she lives in reaction to fear, rather than proactively lead his/her life. As long as we’re just reacting to fear, we can’t be reaching our fullest potential.

2. You Can Never Fully Run Away From Fear

It might not be obvious, but realize that you can never fully run away from fear. Mental fear is pervasive. As long as you let it permeate, as long as you run away instead of dealing with it, it will always be there, haunting you in everything you do. Running away only gives you an illusion of security – you may feel safe for a short moment, but only for that short moment.

For example, if you see fear in point A, you can run to point B – but the fear will catch up to you at point B in the form of other things. You can keep running and running, but eventually you are going to find yourself backed into a corner, with nowhere to escape. No matter how you run, you are just living in captivity of fear. In fact, the more you run, the more fear tries to catch up with you. When that happens, you either have to learn to deal with it, or cower in its presence eternally and become a fraction of the person you can be.

Since you have to deal with fear at some point, you might as well learn to overcome fear now, rather than avoid it again and again only to deal with it eventually. It doesn’t make sense otherwise – not only are you draining yourself emotionally, you waste time and energy avoiding the fear. Time is precious – you can never get back lost time. Between the 2 options: Option A, where you run initially but need to deal with fear ultimately when you have nowhere to run, and Option B, where you deal with fear immediately at the onstart, Option B clearly comes across as a more effective approach.

3. Fear Is A Waste of Your Energy

As I mentioned in Reason #2, fear is illogical and a waste of emotional and mental energy.

Every moment you spend swirling around in fear, you are cultivating a seed that gives rise to subsequent similar thoughts. The more you do it, the more you are set back by it. Instead of calmly processing the situation and rationally identifying solutions and ways forward, you are feeding energy into something non-constructive.

Some may say this fear is what triggers them to move the situation forward. While there have been cases where fear seems to push people forward, a more accurate summation is that these people move forward in spite of the fear that is present. As mentioned in the beginning of the article, fear leads to a rush of adrenaline that gives you increased physical performance, not increased mental performance. You can perform just as well, if not better, without all the adrenaline that’s pumping through your body. Having more adrenaline in your body for prolonged periods of time strains your body and gives you jittery nerves instead. Think about how much more you can do if you’re not spending your energy counteracting that fear and its aftereffects.

Also remember that for every moment you spend being fearful, you have one less moment for positive thoughts and feelings, which can blossom into a whole other spring of positive aftereffects. How would you rather spend your time – being happy and positive, or being negative and scared? I pick the former any day.

4. Fear Is All In Your Mind

Having mental fear is like letting yourself be scared by a scarecrow – it looks scary and seems scary, but it’s actually harmless.

As I’ve mentioned at the onset of the article, mental fear is based on danger made up in your mind. This fear arises because your brain somehow formulated a perception these non-physical dangers are real dangers – when they are not. Let’s take public speaking as an example. Public speaking is a top ranked fear among majority of people – even more so than death or disease. Why are people afraid of public speaking? Realistically, speaking publicly does not result in physical bodily harm of any sort.

Some people will point out that it’s not from the physical harm that people draw fear from – but from the thought of slipping up, people judging you, embarrassment that will occur, and so on. These fears are all in your mind. Thoughts of you forgetting the speech, the presentation going wrong, audience feeling bored, etc are all made up. None of that has happened yet. Even if it has happened in the past, it does not mean that this is going to happen in the future. You are in the present and the future has not occurred yet. You are still in the position to shape the future into whatever outcome you desire.

Are You Focusing On the Black Dot?

How To Deal With Disillusionment As You Grow Older