Recently I watched this video of a young girl aging into an old woman in under five minutes (it’s CGI). Check out the video here.

As you watch, notice how the second-by-second changes aren’t significant at all? For example, when you watch any part of the video for just five seconds, it looks like nothing’s changing. But fast forward by a minute, and the girl is visibly older. 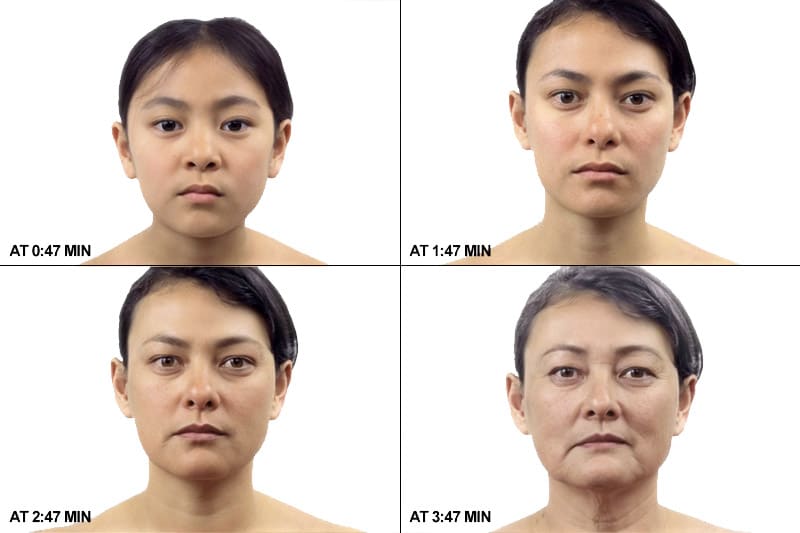 The girl at different 1 minute marks. Notice how big the difference is?

This got me thinking about the power of little changes and how we often underestimate their impact. 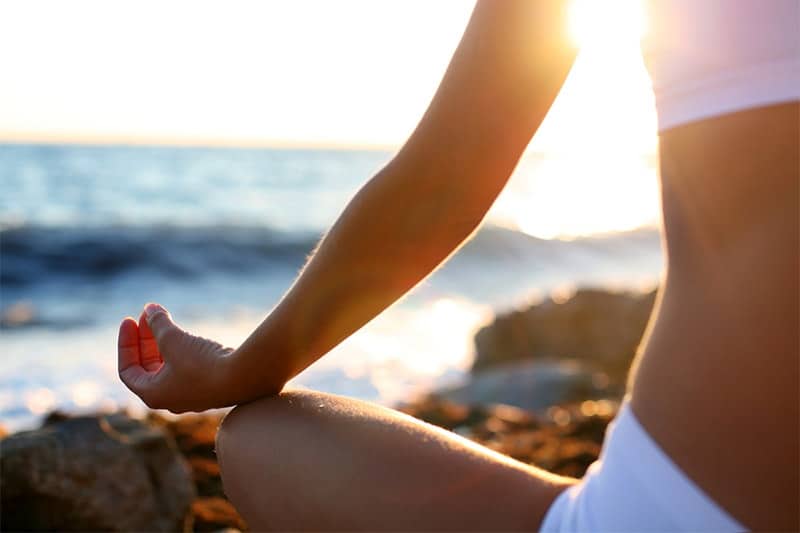 Take for example, our diet. In 2011 I did a water fast for 21 days. One of the biggest physical changes I got from the fast, besides weight loss, was a marked improvement in my skin. As I already had a fairly good complexion pre-fast, I was surprised to see it improving during the fast. By the end the 21 days, my complexion wasn’t just “good” — it was extremely smooth, like baby’s skin.

But they were there alright. Just because we can’t see the impact right after eating a bad meal doesn’t mean it’s not damaging our body. It’s too small to be noticed by the naked eye but it’s there. Food affects our body at a cellular level, and the kind of food we eat each day add up over time to either give us our best health (and skin), or our worst health (and skin).

Little Actions to Over 1 Million Pageviews

The power of little changes can also be seen on PE.

When I started my blog, I did not have targets like to write X number of articles, to create manifestos/e-books, or to create courses. I did have a big-picture vision of making PE the top personal development blog with millions of readers, but other than that I was mainly focused on getting started with my purpose and taking as much action as I could. 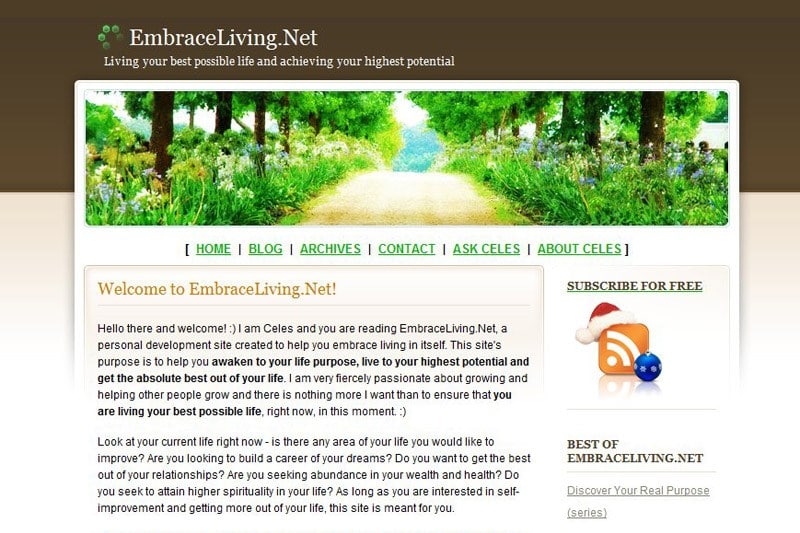 PE when I started in 2008 (Image: Personal Excellence)

So every day, I would focus on creating content, marketing, and hitting my weekly traffic targets. Some days my “wins” would be completing an article or getting a media interview. Other days I would not have any tangible achievements, say only writing 200 words for an article (due to writer’s block), doing back-end site tweaks, or even discarding a half-written article after realizing that it wasn’t working out.

Regardless of whether I had a win or not, I would always focus on doing as much as I could each day. With this focus, PE grew quickly over months, then years.

Today, many years later, PE has over 700 articles, 50 manifestos, 21 challenges conducted, and a selection of premium courses on personal growth. Traffic-wise, we’re now at over one million pageviews a month! All these came as a result of constant hard work over many years. 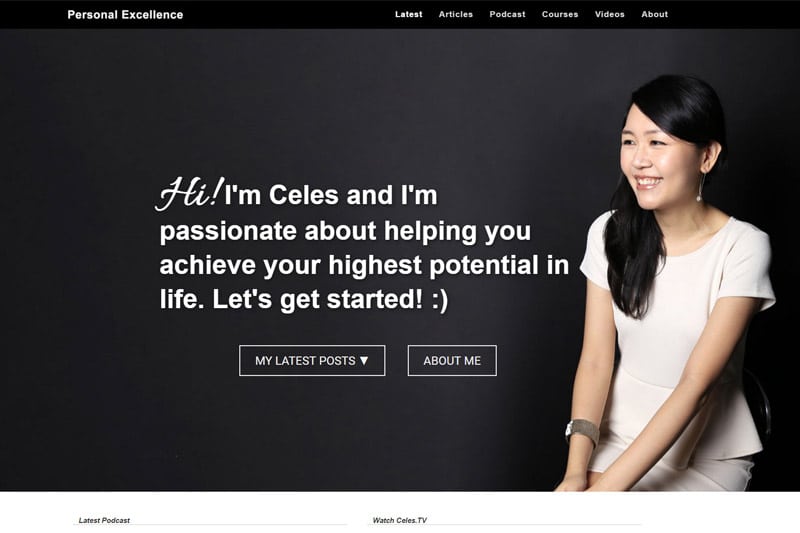 The interesting thing is that if you are to take a screenshot of PE now and ask my younger self to create a site like this, I would be overwhelmed. That PE has become such an expansive resource wasn’t a deliberate target per se but a result of little changes over time. I figured that as long as I do something that helps at least one person each day, then I’m headed in the right direction. This led to the website you see today.

However, some people don’t care about little changes. They prefer to see big changes fast. When they don’t see big changes, they feel like they’ve failed and are ready to quit.

Such a fixation with big changes is actually debilitating. Why?

For example with weight loss, it took me 10 years before I was able to achieve and sustain my current, ideal weight. During this time, I had to work through my root issues of stress eating, negative body image, and self-hate — issues embedded in me as a child — before I naturally shed off my excess weight. Had I fixated myself on fast weight loss (which I was doing initially and it didn’t get me anywhere), I’d still be stuck with yo-yo dieting today. 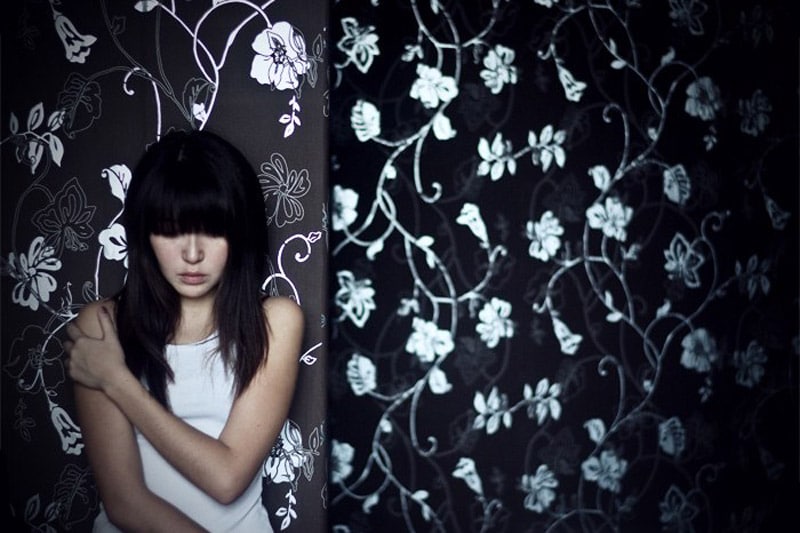 I used to have negative body image issues which I’ve since overcome. More in How To Love Your Body (series) (Image: Vadim Pacev)

With blogging, it didn’t take me long to see initial results, though this was because I knew I was in this for the long haul. So instead of busying myself with short-term actions (like worrying about traffic count or how to get my first client), I focused on long-term actions (like pouring myself into writing highest quality, timeless material). This helped me cut through the clutter online. If I was hung up on earning money or getting many clients right away, which many new bloggers are, I would probably have given up long ago. I probably wouldn’t even be writing this to you today.

Last but not least with love, I only met my soulmate after 28 (nearly 29) years of being single. Before that, I had met many guys, gone on many dates, and experienced ambiguous, and at one point toxic connections. I never gave up nor shut myself off in love though. Even though I was disappointed at times, I knew that everything was helping me grow as an individual and become a better partner.

As it turned out, I eventually attracted my husband into my life — who turned out to be someone I already knew, just that we didn’t get together because we weren’t ready for each other yet.

Don’t get me wrong — big changes are important. After all, I’m always talking about setting big goals and taking big actions. To loosely quote Einstein, to do the same thing over and over again despite little to no results is insanity. One should learn to adapt their actions to achieve the best outcome.

But it’s a totally different thing when you focus on big changes to the point that you constantly feel disappointed when you don’t get big “enough” results; where you don’t recognize the small successes you are getting; where you constantly beat yourself up for your “lack of results” and hence stop taking action.

Not only is it self-defeating, but it’s silly because what’s really causing your “lack of results” isn’t your lack of results per se. It’s your inability to recognize the little results you are getting, that “little” to “no” changes could well be results (because your goal is in incubation), and that sometimes little changes are really progress. 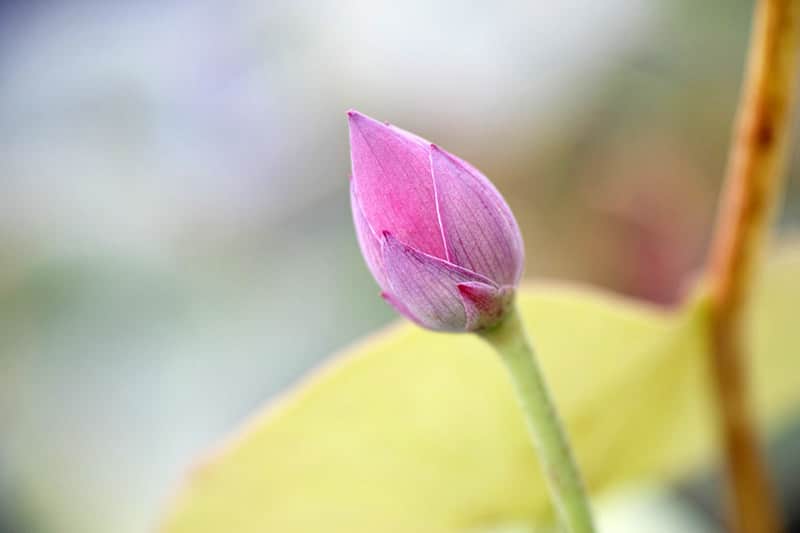 This lotus bud has not bloomed yet. Does it mean it’s doomed to rot, or this is simply part of its natural blooming cycle? (Image: atiger)

So here’s my note to you today:

Remember, the universe rewards consistent and great work. If you aren’t appreciating the little results you have achieved, if you aren’t following through with little action steps for your goal, then how can you expect the universe to send bigger stuff your way? Get started with small actions first. Commit to them. Appreciate the results that you do get, be it little or not. Soon, the greater path will reveal itself to you.

How Your Language Affects Your Success (My BFM 89.9 Interview)

The Market Leader Effect: Where The Winner Takes All