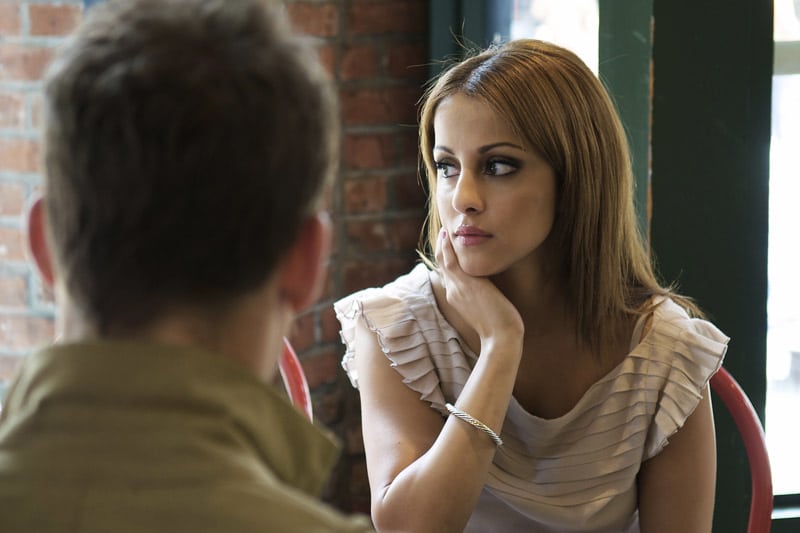 Some would even go as far as to claim that body language makes up 90% of meaning in human communication (James Borg, Body Language). Now that’s a REALLY high figure if it is indeed true!

My Past Body Language

I have never given much thought to body language until lately, when I realized that I might have sent out vibes of aloofness in the past. First, let’s take a look at my body language in the past:

Getting Feedback on My Body Language

So I decided to ask my friend R for feedback on my body language, as feedback is one of the best ways to learn. Here’s the gist of what we discussed:

R’s feedback was an eye-opener for me.

You see, I have always suspected that certain aspects of my body language were “closed off” (like arm folding), but I never thought that my body language would make me appear “aloof,” “disinterested,” or “reclusive.” After hearing what she said though, it made perfect sense. All my body language patterns while conversing, especially while thinking (stillness, no expression, complete silence), were indeed indicative of reclusiveness.

Why I Had Such Body Language in the Past

The next step was to understand “why” I behaved this way. I believe permanent change comes from working through the issue inside-out, by addressing the roots. My qualm with most people studying body language is that they focus only on changing their actions, which may create their outward behavior but cover up whatever it causing the problematic body language.

For more about the separation mindset and why it’s detrimental to forming meaningful relationships, read: The Secret To Meaningful Social Relationships

10 Tips To Improve Your Connection Through Body Language

Here are my 10 body language tips to build a more open connection with others:

I hope you have found this piece useful. Be sure to share it with others; let’s help others to gain more awareness about their body language and work towards a more connective, inclusive, society! :)

Check out: Benefits of a Good Posture (And 13 Tips to Get One)

Get the manifesto version of this article: [Manifesto] 10 Tips To Improve Your Body Language

This is part of a series on interpersonal communication. Check out the other articles in the series:

How I Found My Place as a Female in Today’s World, Part 3: Coming Into My Own as a Woman

How Long Would You Spend Helping Your Baby Learn To Walk?

How To Be Charming in Under 500 Words