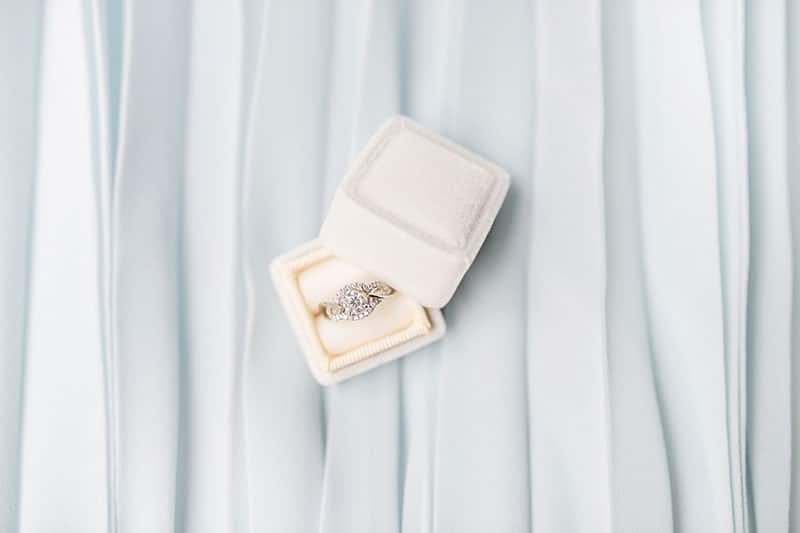 “Dear Celes, thank you very much for your wonderful blog. I feel that you are very sensible woman. As you have found your true love, I have decided to ask you for advice — should I marry a very decent guy if I don’t feel anything more than respect and friendly feelings to him?

The reason I ask is that I’m 28 but I haven’t had any relationship before this. I’ve fallen in love several times before but the guys either turned out to be married, not interested in me, had a very unstable mind, or were irresponsible and let me down…

Now I met this guy and he fell in love with me immediately. He is very responsible, caring, perceptive… But I simply don’t feel anything for him…

Should I give him a straight-up “no” and continue to wait/search for someone while living my life? Or is there a chance that love will come after marriage?

Hey M, I read your letter and knew that I had to respond to you right away. I hope this reply reaches you in time.

Some people will give you a straight up “NO YOU SHOULDN’T MARRY HIM!!” as they believe that marriage should only be based on love. These people are the hardcore romantics and idealists, which I am too in a way.

On the other hand, you have the more realistic and pessimistic of people who will tell you to just marry and settle because it’s hard for a good man to come by and this guy seems exactly that. “Even if you don’t love him,” they will say, “at least he’ll take care of you. You can work on cultivating the love after marriage, over time.” Such advice is particularly common in Asia, where one’s self-worth can be tied to their relationship and marital status.

But rather than give you a straight “Yes you should marry him” or “No you shouldn’t marry him,” the more important question here is: “What is the role of marriage for you?” Because your answer is directly linked to your decision.

While I used to think that marriage should only be borne out of love, I’ve realized over time that it isn’t necessarily the case for everyone.

For example, some people marry for companionship. This could be out of fear of being lonely or just wanting to spend your life with someone. For such a person, it doesn’t matter if he/she doesn’t love the other party. As long as the other party is sincere, reliable, and loves him/her, he/she is okay with marrying him/her. I knew someone who married her then-boyfriend under this exact circumstance, though ironically he had an affair later on and they got divorced. Most people in my parents’ generation married for companionship and then worked on cultivating love after marriage (though whether they succeed or not is a different thing altogether).

Some people marry with the sole goal of having kids. I have a friend who is one of them (I mentioned him before here). In my friend’s case, he really wants to have his own kids — and he doesn’t think that he’ll be able to find his match in the coming years. Since he’s not getting any younger, he’s totally okay with getting a mail-order bride just to have kids by a certain age. After that, he says both him and his wife can go the Ashley Madison route — he really doesn’t care either way.

Then there are the people who marry because they feel that they have to. To them, marriage is a rite of passage, a necessity of life, and a fundamental part of being human. They even have a target on when to get married and they strive to realize that! Hence, the significance of marriage comes from its very occurrence by a certain time frame rather than who they are marrying. As such, they don’t have overt expectations on what their partner should be like. As long as he/she looks okay, falls within a suitable age bracket, comes from the same social strata, and have the same religion (all external factors by the way), they are okay with marrying that person.

Marrying Out of Love

Now M, if your expectations of marriage is to have a life-long companion — someone who will be with you and take care of you even when you’re old with white hair — then this guy seems to fit the bill. To quote you, “he’s reliable, caring, perceptive,” not to mention that he seems really patient and sincere because he still wants to be with you despite you not sharing the same feelings for him! Assuming nothing changes after marriage, then it seems that this guy is a keeper.

However, let’s say your expectations of marriage is that it should be based on love. You can’t imagine being with someone whom you don’t love.

If so, we have a problem. Because not only do you not feel a physical compatibility with this guy, but you don’t feel an emotional compatibility either. Not to mention you said you can’t imagine having a spousal relationship with him! All these point to a very fundamental issue and I’m not sure if you should be talking or considering marriage with him until this is resolved.

What Happens When You Marry Someone You Don’t Love?

So let’s do a little scenario planning now, which is also method #1 of my article How to Make Life’s Hardest Decisions. Say you marry this guy despite not having feelings for him. Two possible scenarios can happen.

The first scenario is that everything happens the way you hope it would. He treats you very well after marriage and he is exactly the man he was before the wedding, if not more. He continues to be responsible, caring, perceptive, and most importantly, loving. You get to know him more as your husband, and you begin to see him in a way that you never have before.

Touched by his love for you and impressed by the man that he is, you begin to fall for him. Since both of you are now in love, your problem of a loveless marriage is now resolved.

The second scenario is that you don’t fall for him despite his efforts. Try as you might, you simply have no feelings for him, and feelings can’t be forced at the end of the day.

What do you do now? Do you pretend to love your now-husband so that you won’t disappoint him? Do you let him know that you still don’t love him but continue being in the marriage out of guilt and fear, as you don’t want to face a backlash from your family and friends? Do you divorce him and try to find love again?

Obviously, the second scenario has some very sticky implications.

A divorce isn’t as simple as breaking up with a boy/girlfriend — there are legal proceedings to go through, families involved, and fees to be paid. There are also prerequisites that need to be fulfilled before a divorce can be filed.

For example, in Singapore a marriage needs to be at least three years long before you can file for divorce, and even then you cannot file a divorce based on “irreconcilable differences” unlike in the United States. You must have proof of adultery, spousal desertion for at least two years, unreasonable behavior, or at least 3 years of physical separation with your spouse before you have any grounds to file for divorce. In some countries, it may be impossible to get divorced because the law is designed to keep marriages together, even if the individuals are no longer happy together.

Length-wise, a divorce proceeding doesn’t just happen overnight — they can stretch on for quite a while, ranging from six months to over a year. That’s not even talking about the emotional drain that happens with such proceedings.

Let’s say you don’t divorce and you want to stay on in this marriage. The questions then come to these:

So many questions but no straight answers. For sure, this will not be an easy situation to work through. You would be trapped into a dungeon that you created for yourself, with no way out but to continue through. You will have to continue to live in this marriage with a man you don’t love — for the rest of your life.

The Future has Yet to Come

The great thing now is that Scenario A or B have not happened yet. You are here in the present moment and you have yet to marry the guy. There is still a chance to think over this carefully and make a conscious decision.

I believe the biggest reason why you are having this dilemma now, M, is because you aren’t sure if you will ever meet the perfect guy for you. Deep down, you may feel that if you pass up on this chance to marry this guy, you may well never meet someone else that comes close. What would I do then? you may wonder.

I can’t tell you whether you’ll meet your perfect match or not, M. What I do know is this: When you agree to marry someone, you should be doing it because you genuinely want to marry him and because this is the guy you want to spend the rest of your life with. You shouldn’t be considering marriage because you are fearful of the alternative — being alone, not being able to find your perfect guy, and not having anyone to take care of you for the rest of your life. To do so would be to make a decision from a fear-based, scarcity mindset, and decisions borne out of this thinking rarely have a positive outcome.

My Advice: Hold This Off

Marriage is a serious lifelong commitment, M. Not only is it serious for you, but it also involves others and deeply impacts their lives.

My recommendation is to hold off making a decision and give the relationship more time to play out. This may be three months, six months, or even a year — however long you need to get a definite answer.

If he is the good and understanding man that you say he is, then I’m sure he will be okay waiting for a while for you to assess and make up your mind about the relationship. If he gives you a timeline and ultimatum (e.g. “I can only wait for a month; if you still don’t have an answer, then I’m afraid we’d need to break up”), then he probably isn’t the guy for you.

If this relationship doesn’t work out, then it may well mean returning to the dating field. Sure, dating may be frustrating sometimes. Trying to meet new people and find your right match can be draining too. But I guarantee you that nothing will ever be as terrifying, heart numbing, draining, and unhappy as being stuck in a marriage with someone you don’t love.

That’s all I have to say M. I hope you’ll find this post useful. Let us know your choice and how things work out for you. ♥

For those of you facing hard decisions like M, this post will help: How to Make Life’s Hardest Decisions: 3 Useful Decision-Making Methods to Solve Current Dilemmas

How to Stop Being Abusive to Your Partner

How to Be Charming in Under 500 Words