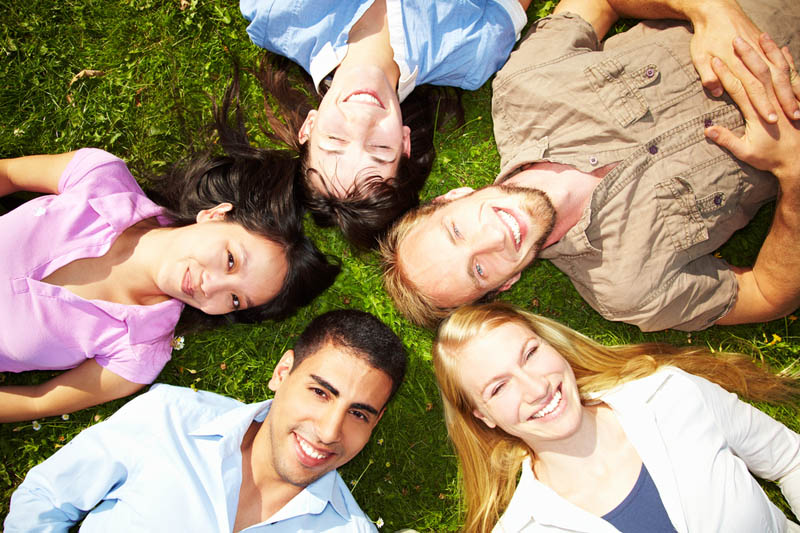 “You are the average of the five people you spend the most time with.” – Jim Rohn

This is a quote made by Jim Rohn, motivational speaker and self-help guru. To be honest I don’t fully agree with this statement as it negates the fact that we have our own consciousness. The quote will be more accurate if we revise it to: “You are the average of the five people you spend the most time with, including yourself.”

Regardless, I believe the underlying intent of Jim’s quote is who you spend time with influences the person you eventually become. Who you are with can elevate you as much as it can bring you down.

My experiences with different groups of people

The kind of people you interact with influences (1) your consciousness level and (2) your beliefs and behavior in a particular area. Here I share some examples of the different people I’ve interacted in my life; you may find parallel experiences in your life when reading them.

Back when I was in junior college when I was 16-18 years old, I was surrounded by people of pretty low consciousnesses. The junior college I was in was not the best one around; many students were in it because they couldn’t get to the higher ranking schools. Some were quite bitter and disgruntled, and conversations typically swirled in negativity as students negatively compared themselves with people from higher ranking colleges. They also often focused on the doom and gloom of life. It didn’t help that even the teachers themselves had a condescending attitude toward the students, as some teachers were posted by the ministry to teach at the school against their wishes.

When I was with the negative teachers or students, I found that their negative thoughts would rub off me no matter how positive I was. These thoughts stuck around and subsequently affected my thoughts and behavior. These two years were one of most negative periods of my life.

Working in my first corporate job

When I graduated and worked in my first corporate job from 2006 to 2008, I was surrounded by colleagues of a much higher level of consciousness than the people I used to be around. These are very talented individuals who are the cream of the crop of whatever countries they are from; working with them, I found that they were very solution-focused, positive, and driven. It was extremely invigorating and uplifting just to be around them, and this was one of the most motivating periods of my life up till that point as a young adult.

In my general day-to-day life, I encounter sleepwalkers who lack a core focus in their lives. Their lives revolve around working, eating, sleeping, random entertainment, and generally getting by. When I am with them, I find it very difficult to lift the discussion from lower level, fear-based and ego-based topics like gossip, complaining, unhappiness, and day-to-day weary, to higher-level, love-based topics such as living with purpose and self-improvement.

A while back, I had the opportunity to interact with a group of millionaires. It wasn’t exactly a consciousness-raising experience for me as the topics were very heavily focused on money and extrinsic possessions, but it was an eye-opening one. The conversation focused a lot on the high life, materialism, buying branded goods, fine wining and dining, and traveling around the world.

I’m not saying that all extremely rich and successful people are this way, because I later came to make friends who are very conscious, positive, giving, and unostentatious, and they happen to be millionaires. It’s just that this particular group behaved in this manner.

How people around you can affect you

I have found that there are two factors that determine the extent to which your thoughts and actions are influenced by the people around you. The first is your consciousness and resilience as an individual. The second is the collective sum of consciousness of the people you are with.

You may be the most conscious and smartest individual around, but if you are constantly surrounded by negative, fear-based people in your life, it will impact who you eventually become and your progression in life. If you are heavily grounded, there may be a limited downside that your negative friends can bring you. However, you also get a limited upside as you are spending time with people who hold you back rather than people who can be elevating you.

This is what Robert Kiyosaki experienced as well, which he shared in his book Rich Dad, Poor Dad. He had two dads — his real dad, stuck in the middle-class with limiting views on money, and his poor dad, one of the wealthiest man in Hawaii and who was smart about getting money to work for him. By consciously choosing to learn about money from his rich dad, he acquired many beliefs and a positive mindset on how to become rich, which eventually led him to become successful in life.

If you hang out with a group of successful, positive individuals who believe in taking responsibility for their lives, you will become a proactive individual who shapes his/her future. If you hang out with a bunch of pessimists who believe that the world is out to get them and there is nothing worthwhile, you will start to descend into a pool of negativity at some point, even if you are initially a positive person.

This is especially important in goal achievement because the consciousness you vibrate at affects your thoughts and actions. If you want to lose 20lbs of weight, you need to think as your ideal end state — someone who makes good food and lifestyle decisions. But if you constantly surround yourself with people who eat a lot, you make it harder to eat a healthy diet. At this point, your ability to stay on track in your health goal will boil down to how focused and resilient you are. Consider how much easier this task becomes if you are already hanging out with like-minded people who share a similar goal, or even people who have already achieved this goal.

Of course, this does not mean that you should sever relationships or cut away anyone who doesn’t contribute to your goals. It just means that you should monitor your contact with people who do not enable you to become a better person. Only in the event that a person is seriously dragging you down should you cut him/her away. Remember, if you entrench yourself in relationships that do not elevate you or bring you forward, you are not really helping yourself, and neither are you helping the other person. That’s because you are not being the best you can be and subsequently, not being the best you can be to them. You may also be indirectly enabling them in their own negative behaviors.

Let us do an exercise now. :) Pick up your pen and paper, and then write down your answers to the following questions:

1. What kind of person do you want to be?

2. Who are the 5 people you spend the most time with currently?

What are they like? What top 3 qualities do each of them represent?

3. Do they match who you want to be in the future?

Do their qualities match who you want to become? Do they help support you or detract you from your vision for yourself? Do they elevate you or bring you down?

4. Who are the top 5 people who embody the qualities you desire?

They should be people you aspire to become or respect in some way or another. It can be someone who has already achieved the end state or the goal that you want to achieve. There are no rules here — it does not matter whether the person is a celebrity or a general person, whether he/she is a personal friend or someone outside your social circle, or whether he/she is alive or dead. It can Oprah, Benjamin Franklin, Albert Einstein, Barack Obama, or whoever you want it to be. Let your imagination run wild!

If one of your career aspirations is to be a chef, you can list the Iron Chef or a world-renowned, international award winning chef as one of the 5 people. If you want to lose 100lbs, list someone who has already achieved this goal or who has your desired body type/weight. If you want to be a movie producer, list someone who has achieved successful in this line of work, such as Steven Spielberg, James Cameron, Christopher Nolan, or Peter Jackson.

This is the interesting part. Depending on who the people are, you can use the following methods to reach out to them:

Transitioning to the new you

What will happen as you increase your contact with these 5 people? If the difference in your consciousness levels is high, you are probably going to start off feeling like a terrible misfit. They will probably talk in lingo and topics that are different from what you are used to. Even when they talk about topics you are familiar with, their perspectives can be totally different and not something you have looked at before. You will probably feel awkward around them.

But if you connect with them every day, even if for just 15 minutes at a time, it’s a matter of time before your consciousness alters and shifts to the new level. Eventually, you will start resonating with the people you aspire to be. You will find that you start thinking in the same wavelength and start talking about the same topics as them. This thinking will then affect your actions, which will manifest into the results you see in life.

Shape your life by choosing who you are with

By choosing who you spend time with, you literally shape your future. Start by examining the people you spend the most time around. Consider if these people are enabling you toward your envisioned self. If they are not, identify and increase contact with the people who will enable you to become the best person you can be. :)

Check out Day 19 of the 30DLBL Program on creating your success network of 5.

Read other articles in the Dealing with People series:

Two Important Things that Led Me to Discover My Real Purpose

How Do I Prepare For My Comeback in Life?