Are Coaching Courses Necessary To Be a Coach?

“Hi Celes! What are your thoughts on coaching courses, and how necessary do you believe one is for practicing coaching? Thanks. :)” — Luís

Hi Luís! :) It depends on what one wants to get out of the coaching courses.

For most people, they join coaching courses because of these main reasons:

Firstly, you don’t need to take a coaching course before you can “officially” call yourself a coach. A coach refers to anyone who’s teaching someone something. As long as there’s something that you have an expertise in, something that you can teach others, then you can already be a coach.

Secondly, attending a coaching course isn’t necessary if your intention is to establish credibility. I mean it helps, but it’s not the only way to do so.

The reason why coaching qualifications help establish credibility is that qualifications are typically linked with expertise. However, there are many (other) things that indicate one’s expertise, for example, one’s real life achievements in the area he/she is coaching, his/her track record, the quality of advice he/she dispenses, testimonials of people who have been coached by him/her, the number of people seeking coaching from him/her, and the results of clients under his/her wing.

I don’t know about the people out there, but I would personally pick (a). That’s because it’s more important to me that the person has personally achieved the very things he/she is trying to coach others on — which directly signifies knowledge and skill in the area, as well as insights into barriers one may face, and how to overcome them.

For those who are interested to be coaches, my recommendation is to focus on the things that *do* play a role in being a great coach. This would include

These three things are part of what makes a great coach. In the event where a coaching course would help you to be better in these areas, sign up for them. In the event it doesn’t, then don’t.

Back when I started out, I was actually planning to take a coaching course, as part of my foray into coaching.

I researched on the qualifications for life coaching (ICF — International Coaching Federation being the key one) and checked out the courses available to get the qualification. Ideally, I wanted a 2-3 month intensive course which was reasonably priced, was conducted face-to-face (in Singapore), and was sharp and to the point. It should lead to an ICF qualification in the end.

However, because life coaching / personal development was somewhat at its infancy stage in Singapore compared to US (3 years ago), I found difficulty in locating a course that fit my needs. Of the courses I found, they either (a) were too expensive, (b) were not available in Singapore, (c) would take longer than 2-3 months, or (d) were not linked to any ICF qualification.

At that point, I felt frustrated at why it was so difficult to pursue my passion. I wanted to just start helping people — something which anyone should be able to do right away! Why was there such a big barrier towards doing something which should be a very simple act?

This was when I realized that I was looking at getting a coaching qualification as a prerequisite to becoming a coach — which didn’t need to be the case. What further opened my eyes was when I met coaches who were supposedly qualified by ICF, but didn’t strike me as very conscious people. I was also observing well known experts in the personal development field (blogosphere being one of them), and realized that not all of them had coaching qualifications. In fact, the very successful ones didn’t. Most important of all, it didn’t make them less as teachers – they were clearly very well versed in their domains.

It made me realize that a coaching qualification didn’t mean anything, and definitely shouldn’t be a prerequisite towards pursuing a coaching career (or any career for that matter). It is a possible path for sure, but it’s not the only path to get to my end goal in becoming the best (in terms of skills and expertise) and highly sought-after coach. There are always other ways to work around the situation and achieve the same end outcome.

In the end, I took a 2-day intensive coaching crash course to equip myself with the basic coaching know-how. At the same time, I read up on coaching books and websites, gave free coaching sessions to hone my skills and came up with my coaching kit/material, while rigorously working on my growth on the same time. All these helped me to build my coaching skills. From there, I built my coaching clientele base.

Today, I’ve coached over hundreds of people around the world, from different walks in life, and on many topics close to their heart. Many of them have benefited immensely from the sessions and experienced sharp changes as a result of the coaching. All these came as a result of focusing on what it takes to be a great coach to others. Not having a coaching qualification had/has never gotten in the way of my coaching career or coaching others.

Ultimately, your end objective should really to be a great coach, so focus on what makes you a great coach (i.e. the 3 factors above). Clock in your 10,000 hours. Don’t get hung up about courses and qualifications – they are a means, not an end.

While a formal course helps to equip you with required skills in a concentrated fashion, it is not the only way to learn coaching. You can learn via other (informal) channels too, such as self-reading (books and websites), direct experience (coaching others) and self-application (i.e. coaching yourself). One can even argue that learning through direct experience is probably superior to all other kinds of learning, since you’re literally in the thick of things.

At the end of the day, whether you attend a course or not, know that it’s not the end of the story. It doesn’t mean that clients come flocking once you finish a course. Far from it, in fact.

Assuming you’re starting your coaching business, you need to market yourself, establish expertise and trust, build your client base, maintain relationships, and more. These involve business development skills, marketing skills, relational skills, possibly networking skills, continuous self-development/improvement, etc. Coaching skills are only part of the equation. So bear that in mind as you work out your plans.

How To Handle Workplace Bullying

How To Overcome Fear Of Loss and Pursue Your Dreams

How To Spend Less Time on Emails 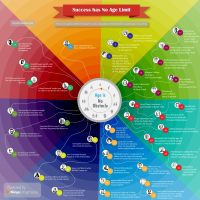 Success Has No Age Limit [Infographic]

The Emotional Journey of Creating Anything Great [Infographic]