In the book Outliers: The Story of Success, Malcolm Gladwell studied the “outliers” — i.e. the most successful people of the world, including sportsmen, business people, musicians and scientists, to understand key factors behind their success. He found the key denominator to all their success isn’t natural aptitude as many like to believe. Having a high IQ doesn’t guarantee success: there is supposedly no difference in people’s propensity to succeed beyond an IQ of 130.

The key denominator is actually hard work. A lot of it, in fact. About 10,000 hours of it. That’s roughly 3 hours every day, for 10 consecutive years, before any one of them began to be seen as the “expert” in their field. 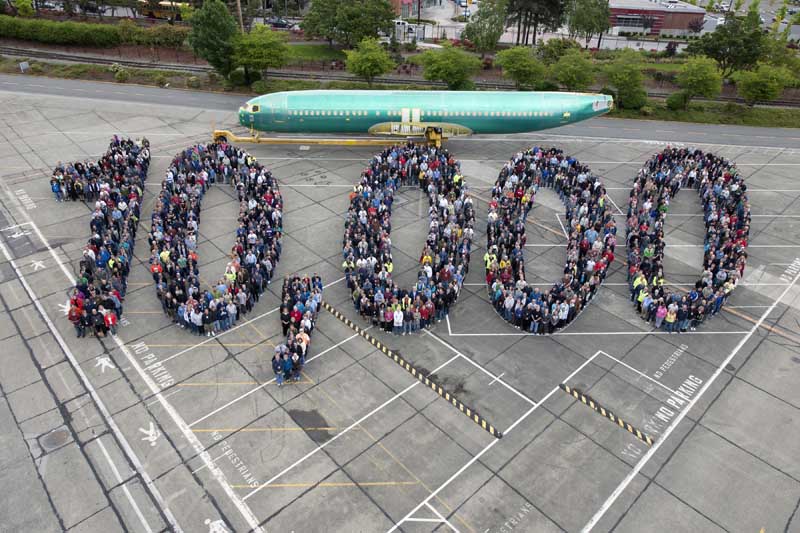 This finding isn’t shocking. I feel the concept of natural talent has become overrated, along with self-discipline. Often times, I see people letting go of their dreams because they claim they do not have the “talent.” Having an innate ability is definitely a nice bonus and great enabler, but the role it plays is lesser than what many may think.

While having an aptitude does get one an initial head start — for example, if you are naturally good at drawing, that gives you an edge over others when starting out — beyond a certain stage, success becomes increasingly dependent on your attitude and the amount of work you put in than your aptitude. Hard work becomes the key determinant of your success in the long haul. As Thomas Edison puts it: “Genius is 1% inspiration and 99% perspiration.”

As what Malcolm Gladwell has found, even in fields like sports and music where many see the key to success as having an innate ability, consistent hard work has proven to be the more superior factor by far. This is the case even for established names like Tiger Woods, Michael Jordan, Johnny Wilkinson, Bill Gates, the Beatles, Beethoven, and Madonna. For most (if not all) of them, their hard work started right as a kid. It was through relentless training since young before they attained their kind of expertise today.

Here are specific examples of how top performers came to develop their talent through hard work:

#1. Victoria Pendleton’s emphatic gold in the women’s sprint cycling in Beijing came only after humiliating defeat in Athens four years ago. After training for four hours a day, six days a week the 27-year-old finally reaped the rewards. (from Times Online)

#2. Rebecca Adlington, the 19-year-old swimmer who won two gold medals at the Beijing Games, has put in an estimated 8,840 hours of training since the age of 12. (from Times Online)

#3. The Beatles burst onto the world stage in the 1960s, seemingly lifted from their hometown of Liverpool and dropped into the world’s biggest venues. But theirs was not an overnight success. One of the Beatles’ early gigs was performing near military bases in Hamburg, Germany; they would perform for eight hours a day, seven days a week. They did this for 270 days over the course of 18 months. By the time the Beatles enjoyed their first commercial success in 1964, they had performed 1,200 times, which is more than most bands today perform in their careers. When the Beatles first left for Germany, they weren’t very good. But by the time their Hamburg stints ended, they sounded like no other band in the world. They were well on their way to getting in their 10,000 hours. (from RCM)

#4. Generally regarded as a savant or a computer genius, Gates has a 10,000-hour story, too. Gates had the good fortune to attend a private school in Seattle that had a computer club. This was 1968, when most universities did not have a computer club. And Gates’ club didn’t have an ordinary computer — they had an ASR-33 Teletype, one of the most advanced computers of its day. Gates was hooked on computers and began programming in the eighth grade! This led to other experiences in Seattle, and by the time he graduated, Gates had practically lived in the computer lab for five years. He was closing in on 10,000 hours and was ready to take full advantage of the opportunities he soon would receive. (from RCM)

#5. By the age of 20, the best musicians at the Music Academy of West Berlin (as judged by the music professors) had practiced for about 10,000 hours, the “good” ones for about 8,000, and those trained to become teachers for about 5,000. (from Science Spectra)

#6. There are similar examples: Bill Joy, computer legend and founder of Sun Microsystems; Mozart, whose greatest compositions weren’t written until he had been composing for more than 20 years; and it takes roughly 10,000 hours to become a chess grandmaster. (from RCM)

Does this mean that everyone who is successful in their niche is so because they have invested exactly 10,000 hours? No, not necessarily. Some might have put in less hours, some more. The 10,000 figure should be seen as a reference point. The amount of work needed depends on the size of your goal. The bigger your goal, the more work required. If you want to be internationally renowned in your field, meaning surpassing all other people who are also working their butts off to carve a name for themselves, then 10,000 hours is definitely a minimum commitment. I’d say that learning and mastery never ends and it’s a matter of striving to be better than you are now.

For me, I’ve been writing articles for the past 7.5 years. If you assume that I spend an average of 5 hours per day writing (I definitely spend more time than that on many days; sometimes I can be writing the whole day), that’s 5 hours x 365 days x 7.5 = 13,688 hours. Here, “writing” applies to copywriting, article writing, writing content in my courses, struggling with blocks, etc. That’s 13,688 hours, which is a lot of time.

While I’m far from an expert, I can see how my approach to writing has changed over the years — in a good way.

It hasn’t been a linear journey either. It’s not like I wasn’t good in the first year and I got good in my second year. Or that my first 3 years of material were crap and everything from my 4th year became great. I see this as a journey with different bumps. For example, there was a period where I spent a great deal of time improving my English by researching and studying the technicalities of grammar and American English (I was raised using British English) — things that the layman English speaker or writer won’t care about, but it’s important for my writing. There was a period when I was afraid to publish anything because I was afraid of countless negative judgment which has become typical of an overcrowded internet; subsequently I realized that this is just noise that comes no matter what I do, and it’s about following my inner voice vs. cluttering myself with what others think. Then there was another period when I struggled with getting words out only to realize that my environment was stifling me, and I needed to change it. Once I did that, my writing began to soar.

Overcoming each bump takes experimentation and self-awareness. Sometimes there’s a lot of pain involved. But I find that each time I overcome an obstacle, writing becomes easier. It’s as if I’ve just unlocked a new aspect of writing that I didn’t know before. And I only got to know this because I’ve done the grunt work in busting my (inner) blocks.

I’ve observed the same thing with other skills too — coaching, speaking, critical thinking / analysis, marketing, web coding, web design, audio editing. There’s always the initial struggle. And the self-doubt / mental blocks where you know your desired output but you aren’t quite sure how to make it happen. And then there’s the “messy” stage where you are deep in the trenches trying to figure things out. And slowly you are able to “swim” and create some semblance of results. And gradually you see things at a more strategic level and learn how to go from vision to end outcome in the most effective, efficient way.

(For those who write as part of your work, check out my recent podcast: How To Overcome Writer’s Block)

If you ever come across people who achieve results seemingly due to aptitude than hard work, there’s a good chance that they have invested tons of hard work. It’s natural to jump to a conclusion that people achieve success without much work, because you don’t see the hard work, only their success. Yet, closer examination usually reveals otherwise.

For example, when I was in school, there would be students who seemed to breeze through tests and get great results. What many didn’t know was that behind their great results, were many extra hours spent in self-studying. Hours of private tuition that their parents put them through. Assessment books done ad nauseum. Strong foundation in the topics due to their earlier years of schooling where they had invested the same hard work in their studies.

Another example: When I was in my previous corporate job, there was a handful of people who stood out against others. These people invested extra time in getting their craft right — whether it was in the technicality of their work, their collaboration skills, or networking skills. Even for people who seemly had a natural flair, it was because they had prior experience in X or they had specialized in a degree that gave them that knowledge or they took up some internship/job that gave them those skills.

So why do so many people think of talent as being something innate that only some have? I suspect one reason is because the media tends to romanticize the successes of the “have’s.” They make them seem like some magical beings who have special powers that us “mere mortals” don’t have. Another reason is because people usually only see top performers when they have achieved a certain expertise. They don’t see endless hours invested before this expertise is attained. Without knowing that, it’s easy to jump to conclusions and assume that they have always been this good all along.

Do you have a goal where you feel you lack the talent to achieve it? Believe it or not, you already have the aptitude required to achieve your goal. The missing piece of the puzzle is not the lack of talent, but your readiness to put in the grunt work.

Rather than see talent as something innate in certain people, recognize that talent is innate in you too. You just need to put in the hours to bring this “talent” out of you. If you start seeing that Talent = Aptitude + Hard work, where aptitude is already present in everyone and hard work is the real variable in the equation, you will start to have a lot more power over your goals.

Start clocking hours. Soon, you will become the top talent in your field. :)

Read as well: How To Build an Edge: Develop Your Talent Stack

Why Do Some People Have Innate Talent But Not Others? It’s Not Fair!

Is Your Goal Worth 30 Minutes of Your Time Every Day?

Know Your WHAT, then Devise Your HOW