How To Stop Worrying About Things You Can’t Control 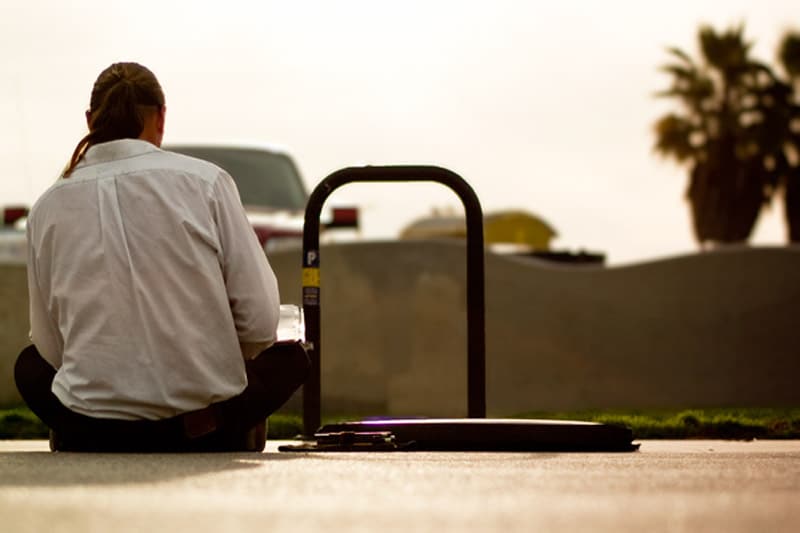 “How can one not worry so much about things that he/she cannot control?” — Katy

So, now you know — whenever you see people worrying, it’s because they are trying to cope with a situation they feel powerless over.

The problem is that worrying doesn’t actually solve anything; it only creates a lot of negative vibes which stresses us and other people out. It is often said that 99% of things we worry about never come true — when you worry, you merely give a small thing a big shadow. It is a complete waste of energy which we can better use elsewhere.

“Worry is like a rocking chair: It gives you something to do, but it doesn’t get you anywhere.” — Erma Bombeck

So rather than worry, I recommend this four-step approach for any stressful situation:

A simple example would be a time when my website went down two years ago. Usually when that happens, I would get on the 24/7 online customer chat and work with the staff until the issue is resolved.

The problem was that I was on a three-day train ride from New York to Los Angeles. There was no Wi-Fi aboard and my phone had no signal too so I couldn’t connect to the internet. The only times I could get online was when the train stopped for gas and that stop had free public Wi-Fi (which was how I discovered my site was down). The next stop was one day away and I wasn’t sure if it would have Wi-Fi.

The only thing I could think of then was, Really, why now of all times?

Now, issues pertaining my website tend to bother me more than other issues as my site is my career, my livelihood, and my life all rolled into one. Every minute the site is offline, I lose revenue, visitors, and potential business and media opportunities, since no one can access my material. It’s as if my life goes on a standstill; I can’t sit, rest, nor do anything until I get the site back up.

As I began panicking, I decided to get a grip.

So here’s the thing, I thought. I’m stuck on this train for the next two-and-a-half days. There is no internet access on board. No one around me is able to set up a wireless hotspot. The next stop is at least half-a-day away. I can either worry non-stop until I reach the next stop or sit back and enjoy the ride for now. What’s it going to be?

It was clear that the latter, enjoying the ride, was the better option. Sure, the downtime was unfortunate, but there was nothing I could do about it, not while sitting on a train with no internet access. I thought about the worst case scenario—that the site would be down for the next three days until I reached my host’s place. This meant a revenue loss of $XXX and lost traffic of X,XXX visitors. That wasn’t all that bad. I just had to earn them back through other means, maybe by working doubly hard in the next few weeks or coming up with a new product soon.

With that, I sat back, relaxed, and enjoyed the rest of the ride. Then when the train stopped for fuel, I quickly hooked my computer up with the public Wi-Fi and resolved the issue on the spot. The worst case scenario of a three-day downtime didn’t happen — it was just an 18-hour downtime in the end. Not all that bad, really, considering what could have happened.

As for the “losses”, I just took it that they weren’t mine to begin with. I focused on creating new ideas and new opportunities for my site rather than getting hung up over revenue and readership that were never mine to begin with.

Every time you worry, you project a future which has not occurred yet. This future is not optimistic, but pessimistic—and usually a future that was never going to occur anyway. Your projection of this pessimistic future only enforces it and creates a self-fulfilling prophecy, such that when it happens, you can seek solace in your “spot on” anticipation of this nasty scenario… then move on to worry further about other things as you prepare yourself for the “worst possible” future.

In the end, you are left with a life where worrying is modus operandi of the day and the only reason why bad things happen is because you keep thinking they will happen. You are like a negative-energy magnet that draws all the bad energy and repels all the good energy such that good things rarely happen anymore.

The reality is that you have control the situation; you always have. You only feel helpless because you let the situation overpower you.

To quote Viktor Frankl, the man who suffered three years of hell in Nazi concentration camps; lost his wife, mom, and brother in those camps; yet still managed to arrive at the conclusion amidst dehumanized conditions that suffering can be meaningful: 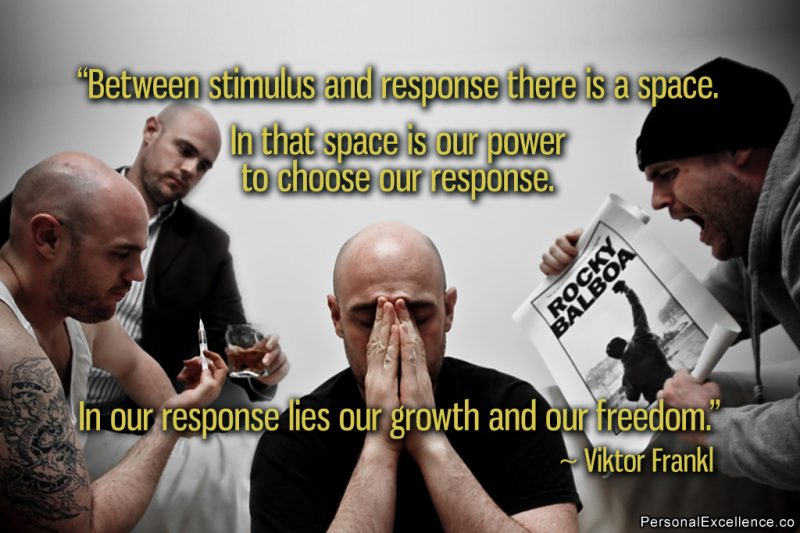 All of us came into this world naked and we will leave this world naked, so it’s really silly to worry in between about things we can never take with us at our deathbeds. So why not enjoy life and make the best of every moment we can given?

Here are some useful pieces for reading:

The Day My Pet Died: How To Cope When Your Pet Passes Away

10 Surefire Ways To Be Unhappy

You Always Have a Choice

10 Tips To Deal With Daily Setbacks

How To Handle Molestation: A Personal Encounter