Have you heard of the howling dog story? It goes like this:

Tim just moved to a new neighborhood recently. He likes his house and the environment, but there is one thing he doesn’t get.

His neighbor has a dog that keeps howling non-stop. Day in, day out. 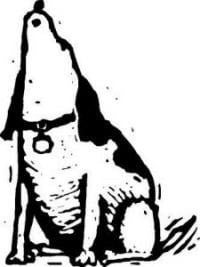 Initially Tim thinks that the dog is just going through a phase, so he ignores the howls, thinking it will eventually stop howling.

But the dog continues to howl.

Finally, Tim can’t stand it anymore. One fine day, he walks over to his neighbor’s house to see what is going on.

Sure enough, there is the dog, sitting on the front porch, howling pitifully to whoever is walking by.

On the other hand, his neighbor is sitting on his bench in the front yard, leisurely reading his newspapers and sipping a cup of coffee.

So Tim walks up to his neighbor.

Tim: “Is this your dog by any chance? It’s been howling non-stop.”

John: “Oh yes he is. Sorry about the howls, I hope they are not bothering you.”

Tim: “Why does he keep howling?”

John: “Well… that’s cause he’s sitting on a nail.”

Tim looks at the dog, bewildered.

“Alright… why doesn’t he just get away from the nail?”

“Well, Tim……,” John takes a slow sip of his coffee before replying. “…… That’s because he doesn’t find it painful enough yet.”

Are there nails in your life that are poking you?

Some of us have career nails. Jobs we don’t enjoy. Work that drags us down and sucks our life away.

Some of us have relationship nails. Not being able to find our desired partner. Or being with someone but not sure if he/she is the one. A partner who is domineering/ insensitive/ uncaring/ emotionally unavailable.

Some of us have academic nails. Increasing backlog in school work that we need to catch up on. Upcoming exams we’ve not studied for. Pending projects and assessments that we’ve not completed yet. Revision that should have been completed long ago, but isn’t.

Some of us have health nails. Bad eating habits causing weight gain. Too much junk food, not enough healthy food. Drinking soda when it’s bad for us. Eating too much flour, oil, sugar. Bad posture that we should be correcting.

Some of us have dream nails. Dreams that we really want to pursue but aren’t for some reason. Dreams that we have been thinking about for a while but haven’t acted on yet. Dreams that we are scared to see unfulfilled when it’s too late for us to do anything.

And there are so many other nails. Friendship nails. Family nails. Passion nails.

Are there any nails in your life that you are not addressing?

Why? Is it because they are not painful enough yet?

What are you going to do about them?

Will you act immediately or only do something when it’s too late to do anything?

Don’t wait until the nails really hurt before you take action. Because when that happens, that usually means it’s too late to do anything.

7 Limiting Beliefs Keeping You from Living Your Best Life