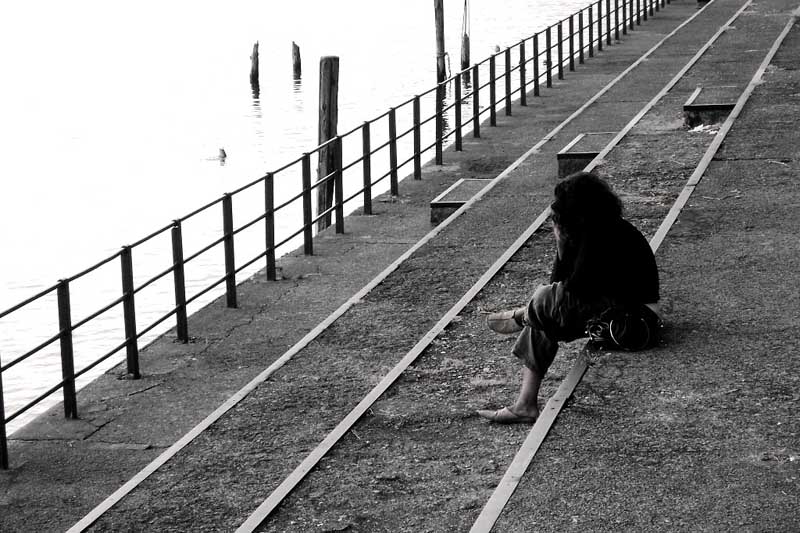 How did you react the last time each of the following happened? (if they took place)

Did you feel a slight dash of panic? Dread? Did your heart do a small jump? Did you think aloud “Oh no, I’m growing old!”.

There seems to be a lot of fear that surrounds the topic of aging. I just turned 25 this year (as of 2009) and a good number of my friends are the same age. By normal standards this would be defined as a prime age, but even then some of my peers treat the topic of aging and impending birthdays with a sense of dread. For peoples who are older, the intensity of the feelings get stronger. Usually, those in their late 30s or 40s resign in jest.

Gerascophobia – this is the fear of growing old or of old age. There are several symptoms, such as the following:

I distinctly remember discussing about birthdays with one of my friends many years ago, and this heartfelt comment from her grabbed my attention: “I don’t want to grow old”.

Mention the word ‘aging’, and the immediate emotional connotations that get wired up are fear, sadness, negativity, aversion, helplessness and resignation.

If you have a fear of growing old, this fear may stem from the following factors.

All reasons take shape from certain beliefs, which will take several articles to address (something I will do in the future). For the purpose of this article, I’m going to address the specific fear of growing old.

If you ask me what I think about the fear of growing old, I see it as an irrational fear, as with other mental fears.

Why do I say that?

Let’s say you fear growing older. While you may dislike what old age brings to you, what exactly do you achieve by feeling worried about this?

Nothing! Except you are left feeling more negative, worrisome, and unsettled. You don’t lead a better life. And you certainly don’t grow younger by being afraid of growing old. Not only did you just tire yourself out with the fearful thought of growing older, you relive it for real when you do grow older.

This is the same no matter how long you harp on this fear. Whether you spend 1 minute entertaining the thought, or 1 hour, 1 day, 1 month, 1 year or 10 years, you are still going to grow older. Time will pass, the sun will continue to set and rise, Earth will rotate on its own axis, ocean tides will  rise and fall dependent on the gravitational pull from the moon. Flowers will bloom and wilt. Life will still go on.

No matter what you think, say or do, you are going to grow older. It’s going to happen, whether you like it or not.

So instead of sitting there, scaring and paralyzing yourself with your fear, you might as well embrace it. Embrace that growing older is part and parcel of life. Embrace that lines are going to form, that your physical body is going to deteriorate, that you will eventually die.

Rather than fight it, accept that it’s going to happen.

When you come to terms with this, your perspective shifts to a whole different level. Because now, instead of trapping yourself with unconstructive thoughts and fears, you concentrate on what’s really actionable. Instead of thinking what you could have done before, you think about what you can do now. Instead of investing time in things outside of your control, you focus on what you can influence instead. Instead of living in an illusion, you start living your life proper.

Some questions for you to think about:

What can you start doing today to maximize your experience of life?

What can you start doing today that will make you feel better about yourself?

What can you start doing today to increase your happiness and fulfillment of your life?

What can you start doing today to really be ‘living life to its fullest’?

What can you start doing which will make you look back and think ‘wow, I can’t think of a better way to live my life!’?

Here’s some quotes on growing old which I enjoy:

“Age is an issue of mind over matter. If you don’t mind, it doesn’t matter.” — Mark Twain

Don’t wake up one day only to regret having missed out on so many things in life. Don’t miss out on all the marvelous things that are out there in your life now, because you are too busy fearing something which is going to happen anyway. Don’t fearing growing older now, only to look back later in life and regret not having lived life the way you wanted.

At the point of writing this, I’m  (Update: I’m now 31 as of 2015, and my views on aging are still the same as when I wrote this post 5 years ago) and I focus on living every moment to the best every day. Some may say that it’s because 25 is still a young age, and things will be different when I’m older. Not from where I see it though. Even when I’m 28, 30, 40, 55, 75, 100 (if I physically live that long), I will still be living life the way I’m living now – passionately, fiercely, vivaciously, spontaneously, free-spiritedly, crazily, joyously, compassionately, enthusiastically, courageously.

Age is but an indicator of the number of years you spent on Earth, via your current physical identity. While there may be social connotations that come with it, but beyond that it really doesn’t mean anything much. Don’t get too hung up on the number of candles that will be on your next birthday cake – focus yourself on current moment you are in now, take action on your goals and dreams and start creating the future of your undertaking. Then will you truly be living your life to the fullest.

Not only do you have to experience the fear of growing older, now you have to be older as well.
More Articles at PE

10 Meditation Videos to Relax Your Mind