Are you on the brink of giving up? Been facing setback after setback? Well, hang in for a second there until you hear Abraham Lincoln’s story! 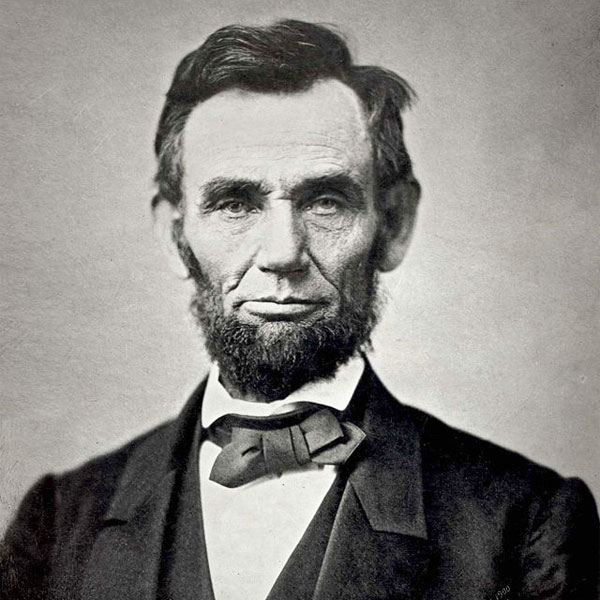 Abraham Lincoln (1809 – 1865) was the 16th president in the United States, where he served from 1861 until he was tragically assassinated in April 1865. (It’s the same man profiled in Abraham Lincoln: Vampire Hunter, though the vampire hunter aspect was obviously fictitious.)

Lincoln is widely lauded as one of the greatest U.S. Presidents, always emerging top in public opinion polls alongside George Washington and Franklin D. Roosevelt. He led the United States through its Civil War, which was the country’s “bloodiest war and greatest moral, constitutional and political crisis,” and issued the Emancipation Proclamation which started the end of slavery in U.S. He is regarded as the man who set America on the path of nationalism, republicanism, equal rights, liberty, and democracy, with his Gettysburg Address of 1863 being an iconic representation of those values.

Yet, not many know of Lincoln’s struggles before he was elected president: 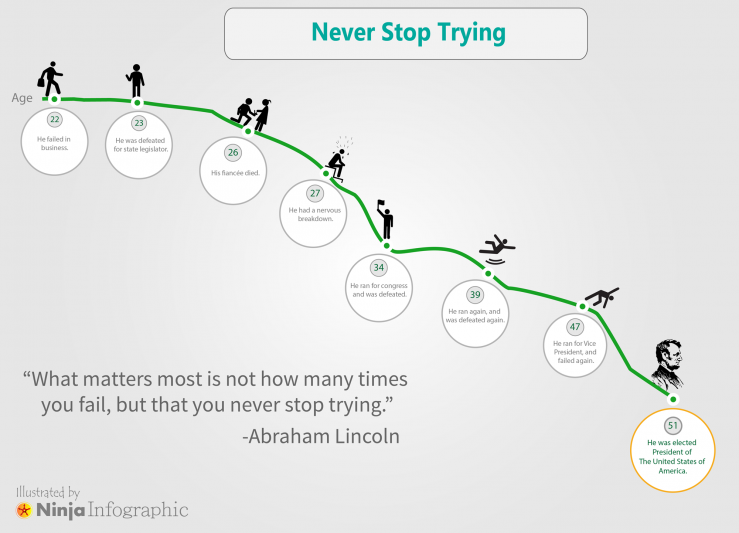 * According to Wikipedia, Lincoln was not officially engaged to his partner before her passing. Hence, the caption under “26” should be “His lover died” and not “His fiance died.”

It should also be noted that Lincoln faced struggles not just as an entrepreneur, a lover, a politician, and a human — he also struggled as a father too. Of his four children, only his first child Robert lived to adulthood; the other three faced premature deaths. His second child Edward was born in 1846 but died six years later (said to be tuberculosis); his third child Willie was born in 1850 but died 12 years later of a fever; his fourth child Thomas was born in 1853 but died of heart failure at the age of 18.

The death of one child is devastating enough, much less three of your children (Lincoln’s second child died inside the White House), and it was said that Lincoln suffered from clinical depression.

Life can be tough, but remember that you aren’t alone in your struggles. We are all in this together, working through our obstacles one step at a time. If you feel like giving up, don’t, because you have it in you to do whatever you want. Keep your goals in sight (having your vision board helps) and let your vision drive you forward.

What matters most is not how many times you fail, but that you never stop trying.

Here are my guides to help you through your journey:

How to Stop Procrastination: Complete Guide