Thanks to your overwhelming flood of congratulatory messages on Facebook (326 likes and 90 comments to my status update so far) and Whatsapp! Ken and I are extremely happy to have found each other and this proposal is really a formality to me and the world than anything.

I may write about the proposal process if there are people keen in reading it, but right now I’m waiting for Ken’s friends to send the videos over (yes, there were videographers involved!!).

In short, he really put a lot of thought into planning the most memorable proposal for me–there were over five hundred pink, fuchsia, and pink heart-shaped balloons, vans, an official background crew of five (comprising of his friends), pre-proposal location sighting, filming crew, prop setup, tulips, etc. involved.

In fact, he told me after the proposal that he had planned to execute it on two other days (first in front of thousands of people during his company’s family day at Sentosa beach but that event got cancelled due to haze; the other during the PE readers meetup last Sunday) before finally selecting my 29th birthday to pop the big question. I joked to him that I felt like I got three proposals for the price of one because he went into such in-depth planning for each!

Thanks Ken for your love and faith in me. 🙂 I’ll love you till the end of time.

For the curious, some quick photos: 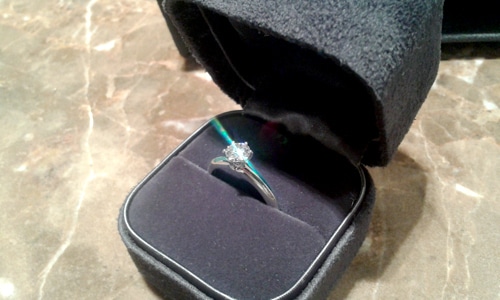 My proposal ring from Ken; now on my ring finger. 🙂 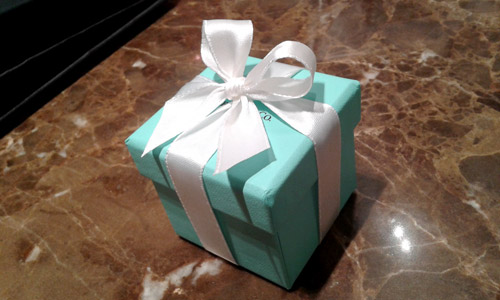 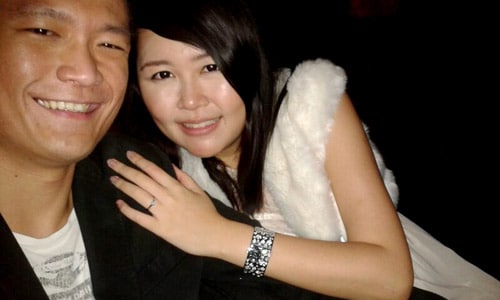 Me with Ken at City Space (Swissotel the Stamford), to celebrate our engagement

Thanks for all your well wishes guys. 🙂 Both Ken and I are extremely happy right now and we can’t be in a better place.

I’m not thinking about wedding dates or wedding plans at this moment but my preliminary ideas are to have a beach wedding — buffet-style — and to have all of you readers of PE invited (regardless which part of the world you are from) since you are such an important part of my life. (Ken himself is extremely magnanimous and supports me in whatever I opt for; he welcomes PE readers at our wedding as well.) We’ll see! 🙂

Update June 30, 2013: Some of you have been requesting to know how he proposed, so here you go 🙂 — My Proposal

Update Sep 2013: Under popular requests, I’ve written a new series sharing our love story. Read: How I Found My Soulmate, Part 1: My Journey in Love

My New Book ’10 Rules of Super Productive People’ Out Now!

My Photoshoot With Simply Her Magazine (July 2010 Issue)

Do You Have Plans For a Blogging Ebook or Course?