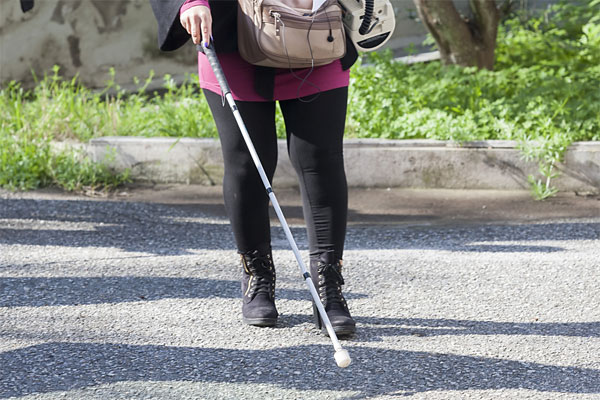 Last week, I was on the bus and on my way home. After a while, a woman with a walking stick boarded the bus and sat next to me (she’s blind).

As she (I’ll refer to her as X) sat down, I took a quick glance. X looked like she was in her 50s with a cheery disposition. Curious to know her story, I struck up a conversation.

“What?” X replied, a little surprised, probably since people in Singapore usually keep to themselves. Realizing that I was just being friendly, she quickly replied with a, “Yes, yes.”

“I see. Which stop are you alighting?” I asked, wanting to keep a look out for her.

“Oh, I’m taking the bus all the way to the last stop,” she said.

“I see,” I nodded. “Well, I’m alighting before you. I live at X neighborhood; I still need to walk a little after alighting to get home,” I continued, sharing some personal information as a way of connecting with her.

And hence began a 30-minute conversation which lasted till I alighted the bus. I learned that

As I listened to X’s story, I was amazed. 残而不废 was what I was thinking the whole time, and I said this to her as well. It’s a Chinese saying that means that disability doesn’t mean uselessness. While X is blind, it hasn’t stopped her from creating value with her life. She proactively approached SAVH to learn new skills such as massage and used that skill to gain employment, thereby making herself an asset to the society and able to earn a living for herself despite her condition.

While I was previously feeling frustrated about my own issues, chatting withher helped me to gain perspective on my problem. Suddenly, the issues that I was facing didn’t seem so troubling, though they were still valid. Here are seven lessons we can learn from her:

“We all have problems. The way we solve them is what makes us different.” — Unknown

How Do I Prepare For My Comeback in Life?

How To Say No