Insights on Holland – View from an Outsider’s Perspective (Series)

This is part 1 of a 7-part travel series on Holland, including how to travel to Holland, the Dutch culture, Dutch lifestyle, Dutch environment and essential things to know about the country. 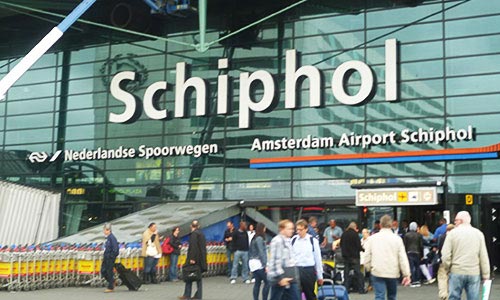 At Schiphol Airport, which is also Netherlands’ main international airport (at Amsterdam) 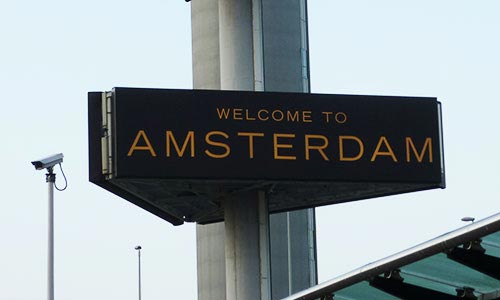 Welcome to Amsterdam, capital of Holland! One of the first things you see when you exit Schiphol airport (in Holland, Amsterdam)

Hi everyone! :D So I’m here in Holland now (Amsterdam, to be exact), and it’s been over a week. A very eventful week too – it feels as if I’ve been here for a long time because I’ve been exposed to so many new experiences every day.

My first week in Holland

For the past week, I’ve been immersing myself in as many new experiences as possible – including moving in/out of 3 different accommodations in 3 different cities! Part of the reason is because I wanted to cover quick breadth within my first week, and I’m glad to say this has been achieved.

I was in a seaside hotel in touristy town of Noordwijk in Days 1-3 (where my speaking engagement was held); after which I moved in with a friend in the homely Hoofddorp from Days 3-5; and finally moving into the busy town of Amsterdam from Day 6, where I’m at now (Day 10). I might move to another spot in Amsterdam (Central) and possibly Den Hague before I set off to Germany next month.

This week I opted to wind down and catch up things, such as emails and updating the blog. And I’ve been feeling under the weather because of the erratic weather in the past week (which I’ve been told by the Dutch residents that it’s abnormal, even by their standards). I’ve also been caught in the rain several times, unfortunately. So having bad throat, cough, fever and a bout of flu right now. Hopefully, it gets better this week so I can continue my travel plans. 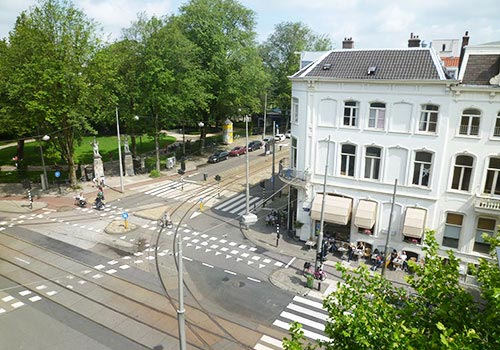 View from outside my current residence in Holland, Amsterdam South

A take on how life is like in Holland

I thought I’d write a post to share some of the insights and observations I’ve of Holland after 2 weeks. It’s by no means exhaustive and neither is it meant to be, but I suppose it’s a good start for those who are thinking of visiting Holland (or planning to one day), or those who are interested to read about life in a different country! I definitely know I could have benefited from such an article before I came here. So hopefully writing this will help cut down your learning curve and facilitate your travel plans. :D

Also, I’ll be using this as a starting point to jot down my thoughts on Holland. Like other posts in PE, I’ll add on over time as I come across new things, so be sure to bookmark this for future use. ;)

Of course, this article is based on my subjective experience in this country. I’m sure it’s going to be different for everyone else. So don’t take this as the biblical truth, but as a reference point – a guide.

Bear in mind that Holland is a large country, and within Holland, there are many different towns/cities, each with its own individual set of culture. (Much the same as in China, India, Russia, America, etc). What I share here is a generalization, with a slant towards culture in Amsterdam, as this is where I’m staying for the main part of my Holland trip. There will always differences between individuals and groups, so take this as a directional guide.

I’ll start off with an overall review, then I’ll break it down by section.

I love Holland ♥. Overall, the country is great fun, the people are great and I can easily see myself living here for a good part of my life. 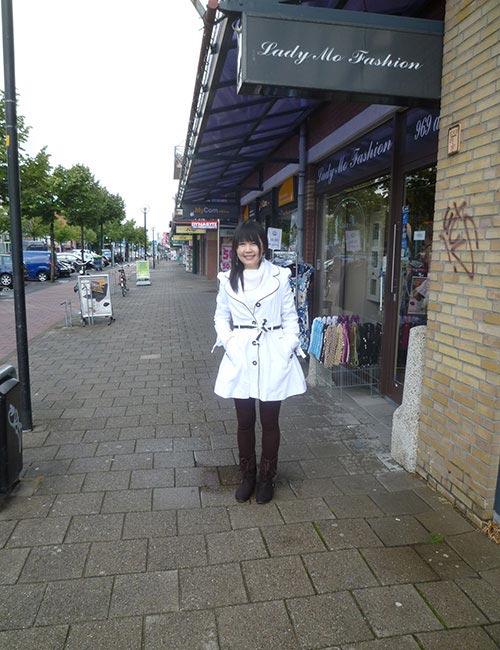 I think the most fun part of the trip so far is the immersive aspect. Rather than visit the place like a tourist, stay at hostels/inns and visit tourist attractions, I’ve instead opted for a cultural immersion – staying with Dutch residents/citizens at their homes, connecting with their friends, and participating in their day-to-day activities where possible. I’m grateful to those who have kindly and very graciously opened up their homes to me – I’ll never forget your kind hospitality. ♥

In the past week, I’ve vicariously experienced the life of a single dutch mom (with a 3-year old kid) who has been living in Holland for the past 8 years and have well integrated with the society, an expat who is now a Dutch resident, Dutch citizens who are also business owners, dutch working as corporate employees in an MNC, among others. It has been exciting to witness (in some cases hear about) life in Holland from their perspective.

Unlike Singapore, people in Holland drive on the right side of the road, with the left-hand drive configuration (i.e. steering wheel is on the left side of the car).

That’s not to say that I don’t love my home country (Singapore) or the other places I’ve been to. For what it’s worth, I absolutely love Singapore, and I also enjoy a lot of the countries which I’ve been to, such as Taipei, Hong Kong, Thailand, Jakarta, and Sydney. I can see myself living in all those places for a good period (maybe not Thailand/Jakarta, because of the hot/humid weather, safety reasons and the language barrier).

In the end, every place has its own pros and cons, and it’s more a matter of picking the country that aligns with your individual needs in life.

Some people have asked me if Holland met my expectations. My reply is the question is irrelevant because I didn’t come with any expectations. I came with an open curiosity and eagerness to discover the country for what it represents and embrace what it has to offer (all of which I love so far!). 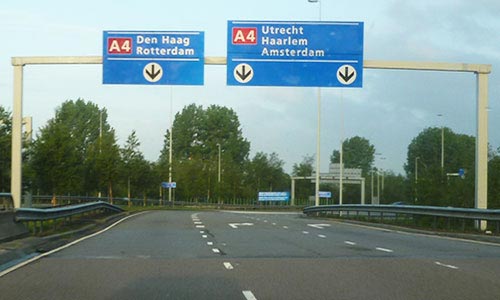 From the Schiphol Airport, heading to Noordwijk (a town in Holland) as my first stop, as I was invited to a speaking engagement there

I think that’s what makes traveling truly fun – to visit without preconceived notions and to soak in everything in an unbiased manner. It’s the same with everything else in life – be it entering a new job, making new friends, getting into a relationship, and so on.

To be honest, I’m actually very thankful to be invited for the speaking engagement here – else, I doubt I’d have gotten the chance to experience this wonderful country since Holland was not exactly the top on my to-visit list. As I mentioned in my Europe trip announcement, I was originally planning to go to New York for 3-6 months but changed my travel plans after I got the invitation to speak at de Baak in Holland. So thank you Harry and Wouter! :)

For the benefit of others who know nothing about Holland nor Europe, Netherlands is a country in western Europe (see the pink area on the right). Holland is the western region of Netherlands (highlighted in orange). Even though Holland technically covers the orange area, it’s often used to refer to the entire Netherlands. In this series, both terms are used interchangeably.

Map of Holland and its location in Europe

The Netherlands is made up of many cities and towns. The top 10 cities in terms of population size are Amsterdam, Rotterdam, Den Haag, Utrecht, Eindhoven, Tilburg, Almere, Groningen, Breda, and Nijmegen. Amsterdam is the largest city and the capital of Netherlands. (where I’m at now) 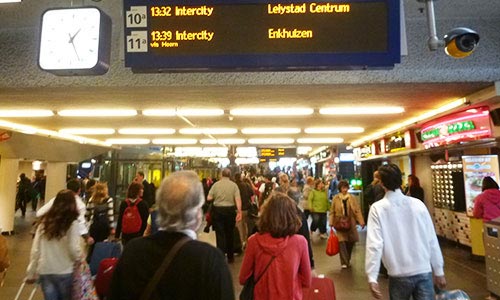 At Amsterdam Central Station, on a regular weekday. Amsterdam is also the most populous city in the Netherlands. 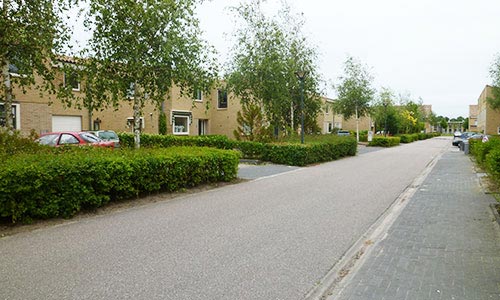 In comparison, there are the quiet towns like Hoofddorp, which have a high land area to people ratio

Holland is in Central European Time, or GMT +1 (includes Amsterdam, Berlin, Bern, Rome, Stockholm, Vienna) – that’s 7 hours behind Singapore (GMT +8). At the moment it is daylight savings so it’s 6 hours behind. DST ends on Oct 30 ’11, after which the clock will go back by an hour.

Majority of land in Holland is flat – even lower than sea level. Hence, the government has erected a series of flood control measures, such as dikes, dams, and floodgates to prevent the country from getting flooded during rain and monsoon seasons. 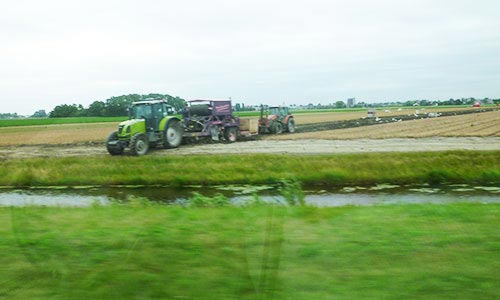 Example of a dike in Holland (took this shot while I was traveling from Noordwijk to Hoofddorp, another town). The dike is used as a water catchment area (during rain, for example), after which the water is drained out of the land – probably into the sea.

Because of the flat land, it’s easy for people to cycle too. Hence, cycling is a primary mode of transport in Holland. Almost everyone here has a bicycle – in fact, it’s said that there are more bicycles here than people! More on that later in the series!

Continue on to part 2: Traveling to Holland: Visa Preparation and Climate

This is part 1 of a 7-part travel series on Holland, including how to travel to Holland, the Dutch culture, Dutch lifestyle, Dutch environment and essential things to know about the country.