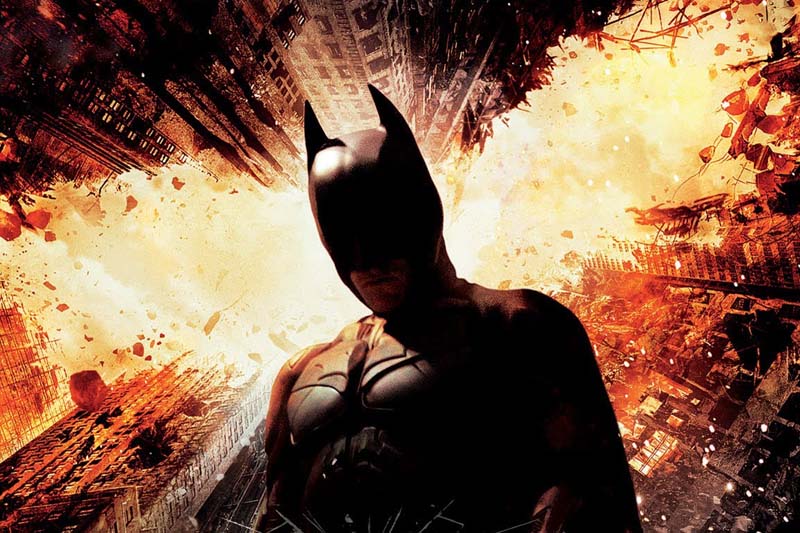 “The Dark Knight Rises”, the third in the trilogy of the latest Batman films, premiered on July 20, 2012. What was supposed to be a happy day for Batman fans turned out to be a tragedy as a gunman opened fire, killed 12 people, and injured 58 others at one of the midnight premieres in Aurora, Colorado. (It’s now referred to as the 2012 Aurora Shooting.)

Today’s post isn’t to cast blame on the killer; neither is it to point figures at anybody, be it the movies industry, the media, or video games. In light of such a tragedy, I thought it would be helpful to write a piece to understand the psychology of such an incident and identify what we can do as a society and as individuals to prevent further incidents like this from happening in the future.

Not the First: Deadly Shootings around the World

I guess this shooting really begs the question, “Why?”

This Wikipedia page is a partial list of rampage killings around the world, defined by “the (attempted) killing of multiple persons least partly in public space by a single physically present perpetrator using (potentially) deadly weapons in a single event without any cooling-off period.” The page has 1,289 listings as of June 2016 and many happened in the last 100 years. And it doesn’t look like it’s going to stop.

Why Tightening Gun Laws Will Not Solve the Problem

In light of this, the most immediate course of action would be to tighten gun laws. It does look like the pressure is on as dozens of gun-control groups have already released statements to President Obama, advocating for stricter gun laws, though it seems that the gun laws are unlikely to change for now.

While I think that gun laws should be tightened as an immediate step, I think that it is only one part of a holistic, long-term solution. Ultimately, the shootings themselves aren’t really the issue; it’s the underlying circumstances that have led to the shootings that we need to concern ourselves with.

Otherwise, even if we are to ban all the firearms in the world, the underlying issue would manifest in different ways. For example: People killing others using other means, such as using chemicals, self-made explosives, conventional weapons, etc. Another example would be higher suicide rates, which is actually an issue in Asian countries such as South Korea (#2 on the list of top countries by suicide rate), Japan (#7), China (#7), Hong Kong (#26), and to a certain extent, India (#43) and Singapore (#44).

My friend, who just returned from a 1.5 year job stint in Japan, told me that train services in Japan would come to a standstill on a weekly basis due to civilians committing suicides by jumping onto the train tracks. The saddest thing is that these weekly public suicides are nothing but part of an everyday occurrence in the lives of Japanese. Everyone knows that it has been happening, everyone is used to it, and everyone knows that it will continue to happen in time to come.

Understanding the Psyche of the Perpetrators (Dealing with the Root Cause)

Rather than solve the problem on the surface, we should dig deep into the problem and try to understand what it is that has been leading to the incidents. Otherwise, they are only going to occur again and again. Be it in one year, two years, or three years, these reckless crimes (not just mass shootings) will continue to surface in the society.

The motivations for past shootings vary from case to case, but I did see a trend among the perpetrators, in that they:

I also want to add that almost all the mass shootings were planned; they weren’t the result of moments of outrage or loss of control. The one in Jokela school massacre even posted videos on YouTube “announcing” the massacre prior to the shooting. This meant that the underlying emotional issues had probably brewing for a while before the perpetrators finally decided that they had had enough and it was time to “end it all”.

I believe that when someone resorts to killing to solve a problem, it suggests that the person is already at his/her wit’s end. The killing is the perpetrator’s last cry for help; a last bid attempt to get someone’s attention. This is evidenced by the Azerbaijan, Jokela, and Erfurt shootings where the perpetrators shot themselves after they were done with their crimes. They knew that mass shooting was the “last act” for them and that by taking this path, there was nothing left for them afterward but death.

Empathizing with the Perpetrators

The interesting thing is that when I was reading up on the perpetrators’ stories, it didn’t feel like they were any different from people like you and I. It felt that they were victims of bad circumstances, but rather than working through their problems consciously like we would, they chose to address their pain by inflicting it on others.

The more interesting thing is that I could easily see any of us slipping into such a position, if we were not careful.

An Incident: A Molester’s Appeal for Help

When I shared my molestation encounter in 2011, a molester responded.

In the comment, he referred to himself as a victim who needed help. He shared graphic details of how he had molested girls since childhood, including his own siblings, and how he really wanted to stop his actions but he couldn’t. He urged me to recognize molesters (and not just the molested) as victims who need help too.

I’ve to admit that when I first read his comment, I was very disgusted. While the logical side of me could see where he was coming from, I didn’t want to “hear” his plea. I really couldn’t find it anywhere in my heart to acknowledge his predicament, especially given that (a) I’m female, (b) I had been the victim of several molestation encounters (as I had shared here), and (c) those encounters could have easily damaged me permanently if I had not processed those feelings in a healthy manner.

To me, the idea that a molester would proclaim himself a victim was laughable. “What do you mean you couldn’t/can’t control yourself? Get a grip! You are hurting another human being because of your inability to resolve your issues, for crying out loud! Your actions are inexcusable!” These were some of the thoughts that ran through my mind.

Not having anything to say to him, I chose not to respond. A reader did respond to him with some constructive thoughts, which I was grateful for, because at least he would have some ideas to work with in overcoming his problem.

I’m in no way condoning their actions though; just because these perpetrators are victims of their circumstances do not justify their actions. I’m also not saying that these individuals should go scot-free; justice should still be enforced for the crimes they have committed and the pain they have inflicted on others.

An Interview with Child Molesters

Oprah once conducted an intense interview with four child molesters. The 2-hour interview shared intimate details of the psyches of these molesters, as well as graphic descriptions of how they committed the crimes.

While I felt the interview focused too much on the details of the crimes rather than provide resolution to the issue of child molestation (it possibly even provided potential molesters ideas on how they could molest kids), it is quite an eye-opening interview, in that it helps us understand the issue from the perspective of the perpetrators.

If I recall correctly, the molesters themselves had been victims of sexual abuse when they were younger. They never did process their issues fully though, which led them to enact these crimes onto others—some being their own kids. I do not respect these individuals for what they did to their victims; however I am respectful of them for having the courage to admit their wrongdoings, at the risk of public backlash and contempt.

What We Can Do as a Society, as Individuals

My point here, really, is that rather than point fingers at perpetrators and criminals as the supposed “bad guys” of the society, perhaps it might help if we were to ask ourselves what we, as a society, could do to change the situation. As Gandhi himself said before, “Be the change you want to see in the world.”

Here are five thoughts I have on how we can start changing things at the individual level:

Update: Some readers seemed to have interpreted my five steps above as an advocation for no punishment to the perpetrators in question (the shooting). That isn’t what I’m trying to say here.

I definitely see the justice system as part of a short-term solution (along with tightening of gun laws), to be enforced in line with a series of long-term measures (as I mentioned earlier in the article). I think at the individual level though, as we work toward the long-term ideal (no such reckless shootings; people being able to consciously deal with their problems), it’s important that we start shifting to a no-punishment mindset and start embracing on total resolution of the issue instead. The five steps above are directions to work with as we transit to the long-term ideal.

Applying the 5 Steps: An Example

Say you have an absolutely horrid team leader at work whom you hate. Here’s how you can apply the five steps:

I think everything, in life, starts with us. Fingerpointing does little to solve the problem. Understanding the source of the issue, and taking action to address it at the individual level, will.

I’ve written an article, Are You Emotionally Generous?, on embracing emotional generosity in our lives. I recommend you to read it if you haven’t.

My deepest condolences to anyone who have been hurt or implicated by these tragedies. My heart goes out to you and you and your loved ones are in my prayers.

How To Be More Street Smart