What If I Lack Physical Spark With My Partner? 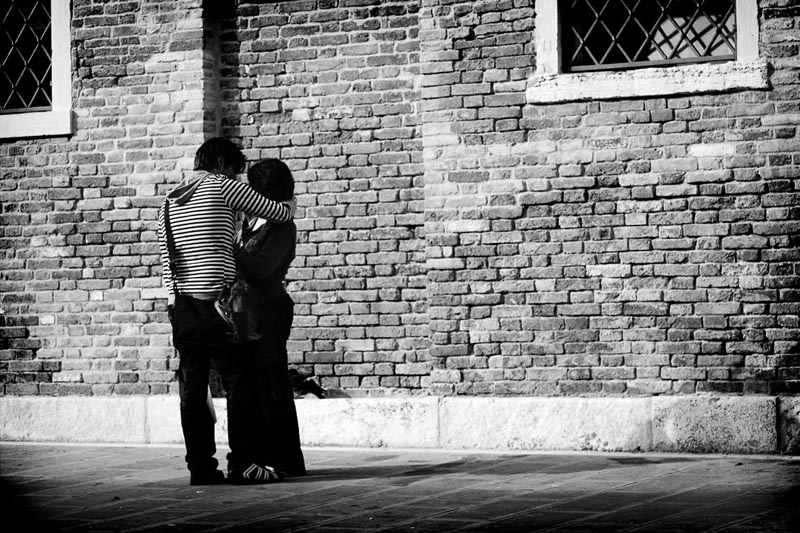 Hey Celes, I recently broke up with my boyfriend. He broke up with me because he felt that I didn’t enjoy the physical intimacy (like kissing, hugging or even more) and he didn’t feel appreciated, and was no longer motivated in seeing me due to my behavior.

Truth is, I’m not so much of a physical person… and it hurts me because I thought we could connect emotionally and support each other through hard times, only to know that he didn’t see me in the same way. He told me that although emotional support is important, he felt that a relationship wouldn’t go long without physical intimacy and he complained the lack of spark between us. I realized that he is in his early 20s so physical intimacy probably matters to him… but this also made me realize that he didn’t truly love me (and that kinda hurts as well).

May I ask how you dealt with these kind of stuff when you were single? Did any of these issues bother you and your husband? Thank you! – Madaline

Dear Madaline, I’m so sorry to hear about your breakup. I hope that you have been healing well and that you have already read my moving on series, where I share tips on moving on from a relationship.

So first off, you should never, ever be pressurized into physical intimacy with your partner. It doesn’t matter how much he wants it or how strongly he feels about it. If your boyfriend wants to be physically intimate but you don’t, it’s a no. Even if he threatens to break up, it’s still a no. If anything, him threatening or changing his tone after you deny him intimacy is a red flag of his priorities and real interest in you.

You didn’t share specifics about the “lack of spark” your ex-boyfriend mentioned.

Either way, let me address them accordingly.

4 Components of a Relationship

I see every relationship as having 4 components: Mind, Body, Heart, and Soul.

Note that I’m referring to the potential for a romantic connection to progress, not criteria for marriage which is a different thing.

So take for example, someone is a strong intellectual fit with you (mental compatibility) but he is a complete ass. On the other hand, you want a sensitive partner who cares about your feelings. Clearly there is no emotional compatibility here.

But perhaps he is a nice person at heart and behind his blunt words are good intentions. Maybe he is not aware of his bluntness, and if given the chance, he wants to express himself in a more sensitive way. Here, there is potential for emotional compatibility. Even if there is no emotional compatibility now, it doesn’t mean that there won’t be in the future. So it’s not the end of this connection, and it’s about nurturing it to see how it can grow.

When There is a Lack of Physical Spark

So this is where it gets subjective. There are people to whom physical intimacy is very important. They need physical intimacy, they connect with their partners using sex as their language of love and perhaps as a form of release, and they don’t have any notion for or against premarital sex. So for these folks, one-night stands and flings are a norm, and they see sexual intimacy early on in a relationship as normal and necessary. If you are someone who doesn’t care too much about physical intimacy and sex isn’t your primary language of love, and you are with someone who prioritizes sexual intimacy above all things, then this connection is probably not going to work for long (unless one or both of you change in this area).

But then there are people to whom physical intimacy is important, but emotional/mental compatibility is even more important. To them, sex/ physical intimacy is just one component of the relationship, so they focus on looking for a partner with whom they can connect emotionally/mentally first, before looking at other areas. For such people, they select their partners based on their emotional and mental connection first, and then let their physical closeness with each other build up naturally, rather than filtering people based on physical intimacy.

So I have a friend who was with her boyfriend for 3 years before they got married. During their courtship they weren’t sexually intimate, though her boyfriend was previously sexually involved with his exes. They were, however, kissing, hugging, cuddling, etc.. They are now happily married with a kid.

For myself, my primary language of love is not physical touch; it’s communication and words. I like to speak to connect with my partner, to know how he is doing, and to know him on a deeper level. On the other hand, my husband had many relationships in the past and he was pretty much sexually involved with all his past partners, including flings and one-night stands.

But this disparity didn’t stop us from connecting deeply. For me, when I asked him what he thought about deferring sex, he said he didn’t care because the connection between us is stronger than what he had ever felt before. The whole notion of sex early on in the relationship, later, after marriage, or even never for some bizarre biological reason was a mere triviality. In a different relationship he might have been concerned as he had encountered sexual incompatibility issues with some partners before, but this concern simply didn’t come up for him with us. He said the whole thought of sex or no sex paled in comparison to what we have. I happen to think his views are a little extreme (no sex forever may be too much I think), but I wanted to share this as a differing point of view from the narrative we always hear (that men are all about sex).

Now I’m not trying to say that sexual intimacy isn’t important. Sexual/physical intimacy is important, and it is part and parcel of a successful relationship.

For example, I knew someone who divorced his wife because they didn’t have sex at all in their entire marriage of 3-4 years. While it looked like an issue of physical incompatibility, when I dug deeper, it turned out that there was never a real emotional or intellectual connection from the start, leading to sexual emptiness in the relationship.

It is also important to note that there may be changes in our lives (such as work stress, down periods in life, etc.) that create intimacy issues with our partners. This is again linked to emotional and life factors rather than real physical mismatches.

Which brings me to this point: My sense is that the “lack of physical spark” is possibly not the real reason for your breakup. There is likely a missing compatibility in some other area (emotional, shared visions, shared values, aspirations, whichever it is) that caused physical spark to become an issue and the issue, hence causing the breakup.

Now, this isn’t a bad thing. Rather I think it’s a good thing that both of you broke up, because the point is that there was some incompatibility that caused “physical spark” to be an issue. So say you change yourself hugely to fill the gap in “physical spark” due to your ex’s complaints. Not only would you become a different person from your natural self, but you would also find yourself having to change more things to keep the relationship afloat, to fill up other areas of incompatibility. Or say your ex was truly looking for a lot of physical intimacy and it was the sole and only issue. Then the relationship simply wouldn’t work because that’s not how you naturally are or at least that’s not how you feel when you are around him (and there’s nothing wrong with this).

How to Build Physical “Spark”

But say you feel emotionally and mentally compatible with someone, and you’re fearful about being physically incompatible with him/her. What should you do?

Firstly, think of physical intimacy as a spectrum, not a binary “yes it’s there, no it’s not there” thing. Meaning, I wouldn’t worry about having instant physical chemistry with someone from that first act of intimacy (kissing, cuddling, etc.), but about building this chemistry over time.

Secondly, think of physical intimacy as having many stages. Kissing, hugging, cuddling, french kissing, petting, and so on. Even within each stage there are various degrees of progression. Depending on one’s comfort with physical closeness, some of these stages may only be done after marriage or later on in the relationship. Either way, you can already work on building chemistry within your range of comfort. For example, maybe you had a weird first kiss with your partner. Slobbery, wet, weird. But adopt a fun-loving, experimental mindset toward it and allow yourself to keep trying.

After a few tries, and as both of you get familiar with each other’s lips and kissing styles, kissing starts to feel normal between the both of you, and it starts to become something that you look forward to! Same for hugging, cuddling, french kissing, and any other physical activity.

Thirdly, let’s say there is zero connection when you kiss, hug, and even when you see your partner — like you don’t feel excited/happy at all when you see him/her. AND, you still don’t feel any connection after many weeks and months of being together. THEN yes, there may be a problem, and this is something you should talk about with your partner, to let him/her know how you feel, that there’s this issue, to understand the blockage, and so on.

In short, I wouldn’t worry too much about achieving an instant physical spark with someone or having no spark with future romantic prospects, unless you have some deeply rooted issues with intimacy (which I don’t think is the case for you, and which would be a separate thing altogether). Physical chemistry and compatibility is something you build with your partner, through open communication, understanding each other’s likes and dislikes, and an openness to explore new things.

Everyone has the ability to grow and develop, and one’s physical preference and inclination doesn’t stay fixed forever. Also, when you love someone and you’re emotionally connected, you will naturally want to be close with him/her vs. forcing yourself to kiss/ be intimate with him/her. It’s your role, as much as it’s your partner’s role, to build on your physical chemistry together vs. it being something that magically happens.

Interestingly, by looking at physical intimacy as something that grows organically and adopting an open and fun-loving mindset toward it, it puts less pressure on you and helps you focus on building your connection with your partner, which then provides the foundation on which strong physical intimacy is built on. :)

How I Found My Soulmate, Part 3: Addressing My Inner Demons

Are You Looking For A Relationship To Complete Yourself?