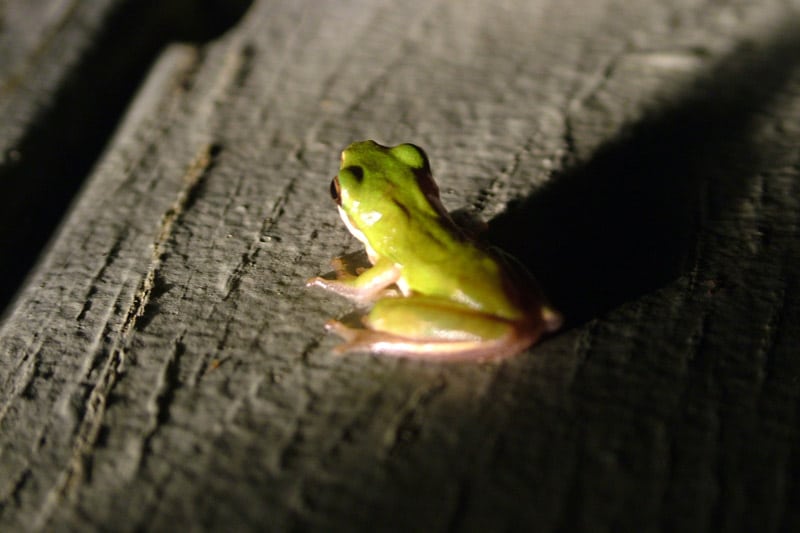 Have you heard of the story of the tiny frog before? It goes like this:

Once upon a time, there was a group of tiny frogs who arranged a competition. The goal was to reach the top of a tower. A huge crowd of frogs gathered to watch the race.

Not one frog in the audience believed that the contestants would reach to the top. After all, it was a HUGE tower! The crowd grew and many yelled,

One by one, the tiny frogs collapsed and fell off the tower. Still, there was a group of determined frogs that climbed higher and higher. But the crowd continued to yell,

Discouraged and convinced by the negative cries, more of these tiny frogs collapsed and fell off the tower. Many frogs who were still climbing complained of the pain and eventually gave up. Some frogs, tired and battered, heard their peers’ complaints and subsequently threw in the towel too.

In the midst of this, one tiny frog persisted. He climbed, and he climbed. This tiny frog seemed to have super-frog strength that allowed him to push forward in spite of others failing. Why, though? Why is he able to climb so far when others are failing? the crowd wondered.

By now, all the tiny frogs had either collapsed or given up — except for that one tiny frog. The crowd continued to yell, now at the tiny frog:

But for some reason, that tiny frog climbed further, seemingly unaffected. Finally, he reached the top of the hill. He had reached his destination!

All the tiny frogs were amazed as to how this one frog was able to make it to the top. They crowded around him, wanting to know his secret.

As it turned out, he was deaf.

What is the moral of the story?

Often times when we pursue a new goal, we tend to face discouragement from other people.

Sometimes, we may be in the middle of our goal but we face harsh critics who put us down.

The natural reaction when dealing with naysayers or critics is to be upset. We beat ourselves up and wonder if something is wrong with us. Subsequently, some of us give up. Some of us persist, albeit with less gusto. Some of us reply to our critics, to convince them of our stance. Some of us even try to cater to and appease them.

However, none of these is necessary.

When dealing with naysayers, negative critics, and people who complain the loudest (the empty vessels), our job is to simply… turn a deaf ear. This means

Your job here, as the owner of your goal, is to focus on YOUR goal, your vision, and to pursue it relentlessly. To keep your eye on your prize and to put your best foot forward in achieving it. All while playing deaf to those who try to steer you away from your goal.

In time to come, you will find the negative remarks become softer and softer. And the naysayers get lesser and lesser.

Soon, you no longer have to play deaf — there are no naysayers around anymore. Not only that, but you may notice that some of your past naysayers have become your biggest supporters. And finally, you reach your goal. For some reason, everyone is now cheering you on.

That’s when you know you’ve won.

Ask Celes: Has Anyone Ever Discouraged You From Working on Your Blog?

How To Improve Your Relationship With Your Parents: A Delicate Guide